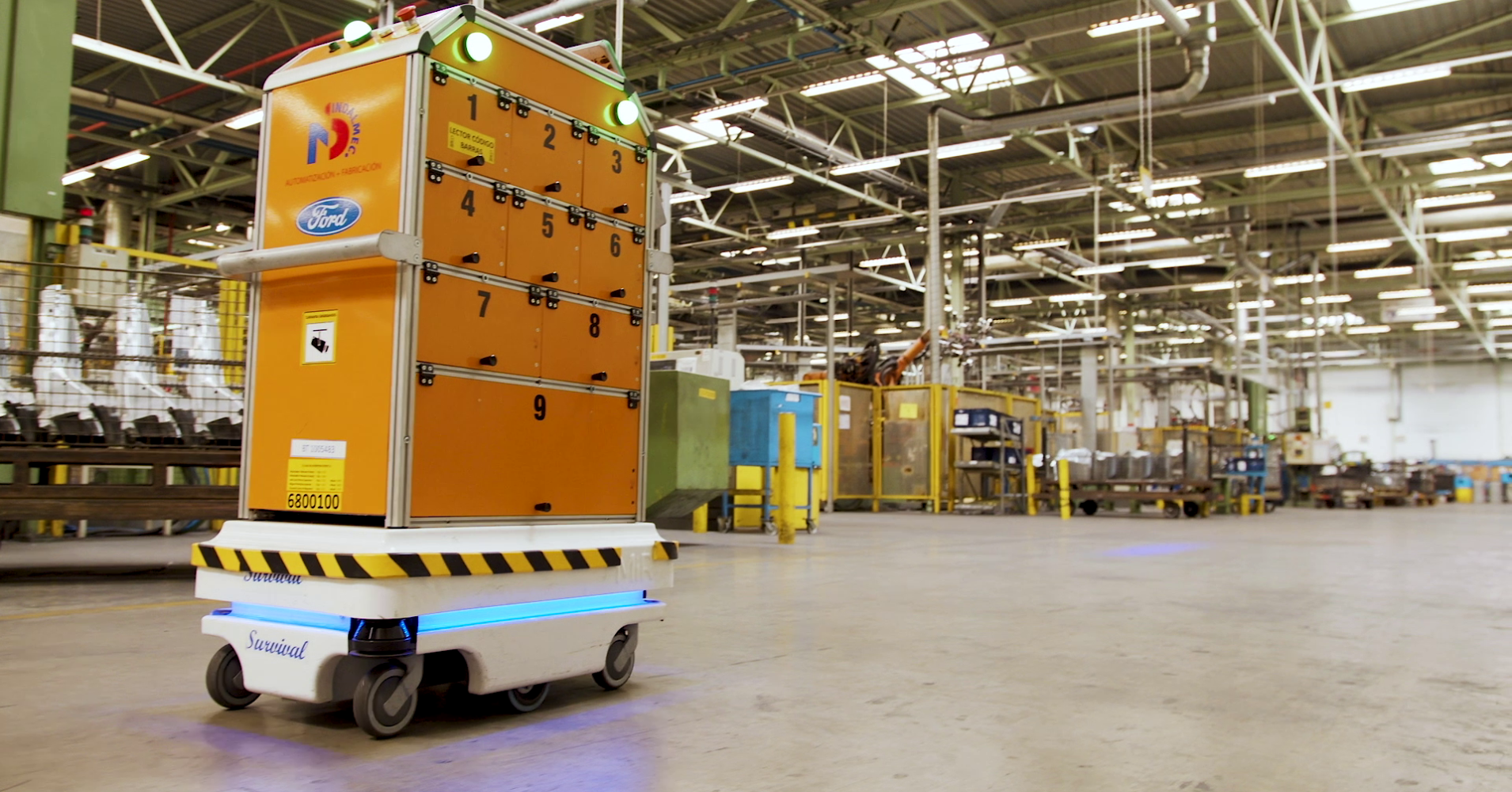 The self-driving robot uses LiDAR (light detection and ranging) technology to visualize its surroundings and deliver spare parts to where they’re needed in the facility. It was manufactured by Ford engineers and is the first of its kind to be used at one of the company’s European plants.

“When it first started you could see employees thinking they were in some kind of sci-fi movie, stopping and staring at it as it went by,” Eduardo García Magraner, manufacturing manager at the Valencia factory, said in a statement. “Now they just get on with their jobs knowing the robot is smart enough to work around them.”

Survival made its debut at Ford as workers around the world become increasingly worried their jobs will one day be stolen by technology.

Nearly half of the world’s jobs face some risk of being automated in the future, according to research by the Organisation for Economic Co-operation and Development. Workers in America risk losing work to robots too, a report by the Brookings Institution says, warning that a quarter of Americans are at high risk of losing their jobs because of automation.

Workers in food services, manufacturing, administrative support, farming, transportation and construction have the greatest likelihood of being replaced by robots.

In 2018, there were a record number of robots that were put to work in North America. According to the Robotic Industries Association, 35,880 robots were shipped to the U.S., Canada and Mexico that year, with 53% of the shipments going to work in the automotive industry.

But Ford said workers at the Valencia plant don’t need to fear Survival taking their job.

The company said delivering spare parts to different areas of the plant is “time consuming and relatively mundane,” adding that Survival saves up to 40 working hours for employees and does not replace anyone on the job.

Sears unveils a new logo as it tries to boost its business
Prescription opioid use fell at a record rate in 2018: New report
To Top
error: Content is protected !!
Top