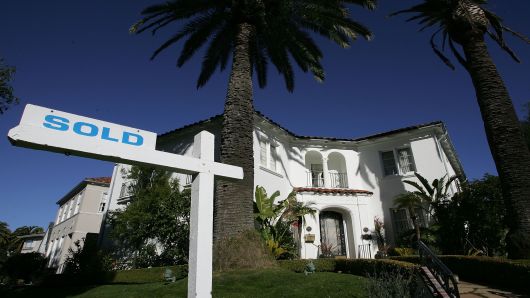 A sold sign is seen in front of a recently purchased home December 28, 2006 in San Francisco.

Sales of existing U.S. homes fell in March after a huge gain the previous month, held back partly by a sharp slowdown among the most expensive properties.

The National Association of Realtors says home sales fell 4.9% to a seasonally adjusted annual rate of 5.21 million, down from 5.48 million in February. The drop followed an 11.2% gain the previous month, the largest in more than three years.