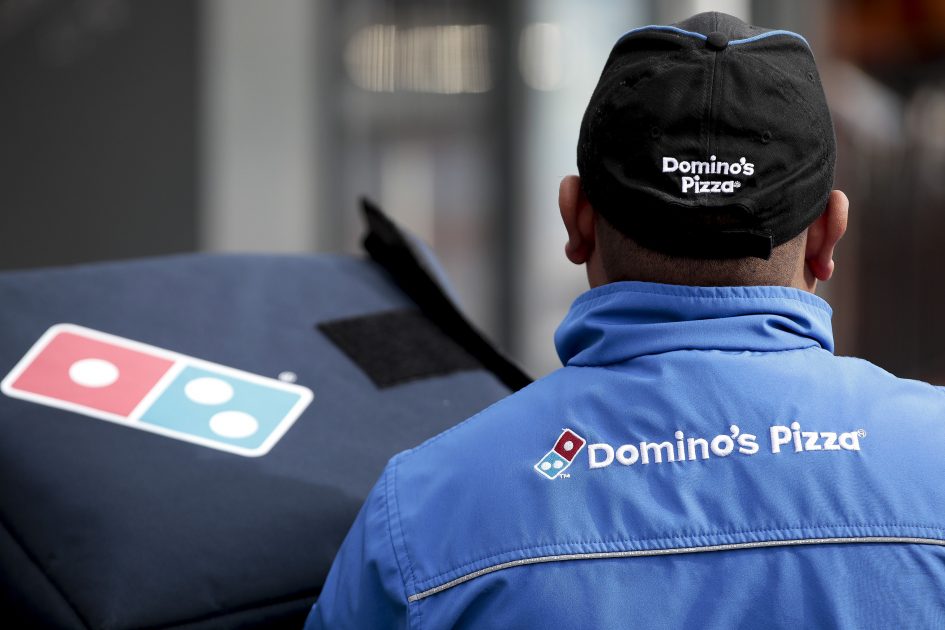 Domino’s Pizza began with a single store in Ypsilanti, Michigan. Now, it has more than 16,000 locations and is the largest pizza chain in the world by sales.

To get there, Domino’s will have to weather the threat of competition — but not from its traditional rivals. Yum Brands’ Pizza Hut and Papa John’s have been focused on turning around their struggling businesses.

Deutsche Bank initiated coverage of the pizza chain Monday with a sell rating, citing these pressures for its opinion.

“The call here is really about the competitive intrusion of the third-party delivery aggregators, which we expect to increase in magnitude over the next two-to-three year period, before it potentially levels off or gets better,” Deutsche Bank analyst Brian Mullan wrote in a note.

Morgan Stanley estimates that third-party aggregators will bite off 1% to 2% of Domino’s U.S. same-store sales growth, a key metric in the restaurant industry.

Domino’s CEO Ritch Allison has expressed doubts about the viability of delivery services’ business model. As more aggregators pop up, each is pushing discounts to gain market share and spending heavily on national advertising campaigns. And restaurants are growing more vocal about the hefty commission fees — sometimes as high as 30% — charged for every order that comes from a delivery app.

Allison has said that the company will continue to deliver its own pizza to maintain control of the customer experience. In a bid to cut down on delivery times and improve customer satisfaction, the pizza chain is building more stores in existing markets with help from data.

Domino’s shares on Monday were down nearly 2% in trading. The stock, which has a market value of $10.5 billion, is up 4% since the start of the year, but down slightly over the past 12 months.