Hurricane Dorian downgraded to Category 4 as it hovers over Bahamas 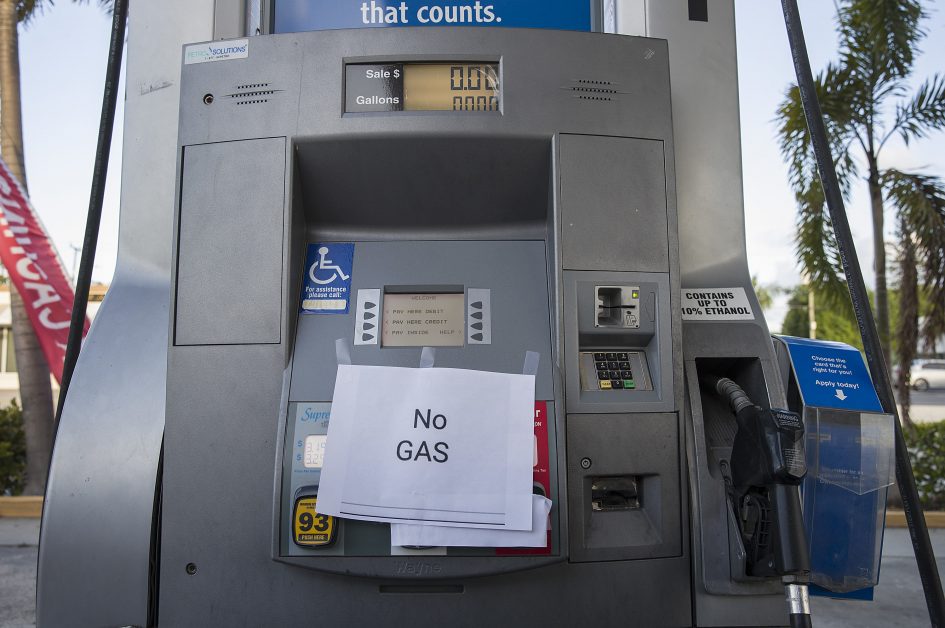 A ‘No Gas’ sign is seen on a gas pump at a station after it ran out of gas as people get fuel before the arrival of Hurricane Dorian on August 30, 2019 in West Palm Beach, Florida.

Hurricane Dorian’s winds slowed, prompting a downgrade to a still-powerful Category 4, as it parked over Grand Bahama Island.

The hurricane pounded the northwestern Bahamas Monday as the southeastern U.S. braced for bruising winds and rain.

The storm parked over Grand Bahama Island, stirring up winds of up to 200 miles per hour and storm surges 18 to 23 feet above normal levels as of 10 a.m. ET, the National Hurricane Center said. Dorian is expected to pummel the island for most of the day, “causing extreme destruction,” according to the NHC.

The hurricane’s center was about 30 miles east-northeast of Freeport on Grand Bahama and 115 miles east of West Palm Beach, Florida.

Residents of parts of Florida, Georgia and South Carolina evacuated as they prepared for the storm’s approach. The NHC expects “life-threatening” storm surges and “hurricane-force winds” along parts of Florida’s cost through the middle of the week, it said Monday morning.

Meanwhile, it sees an “increasing likelihood” of dangerous winds and rains along the coasts of Georgia and the Carolinas. President Donald Trump issued disaster declarations Sunday for Georgia and South Carolina, authorizing federal assistance for hurricane relief.

Both the Palm Beach and Fort Lauderdale airports in Florida were expected to shut down Monday as Dorian moved closer to the coast.