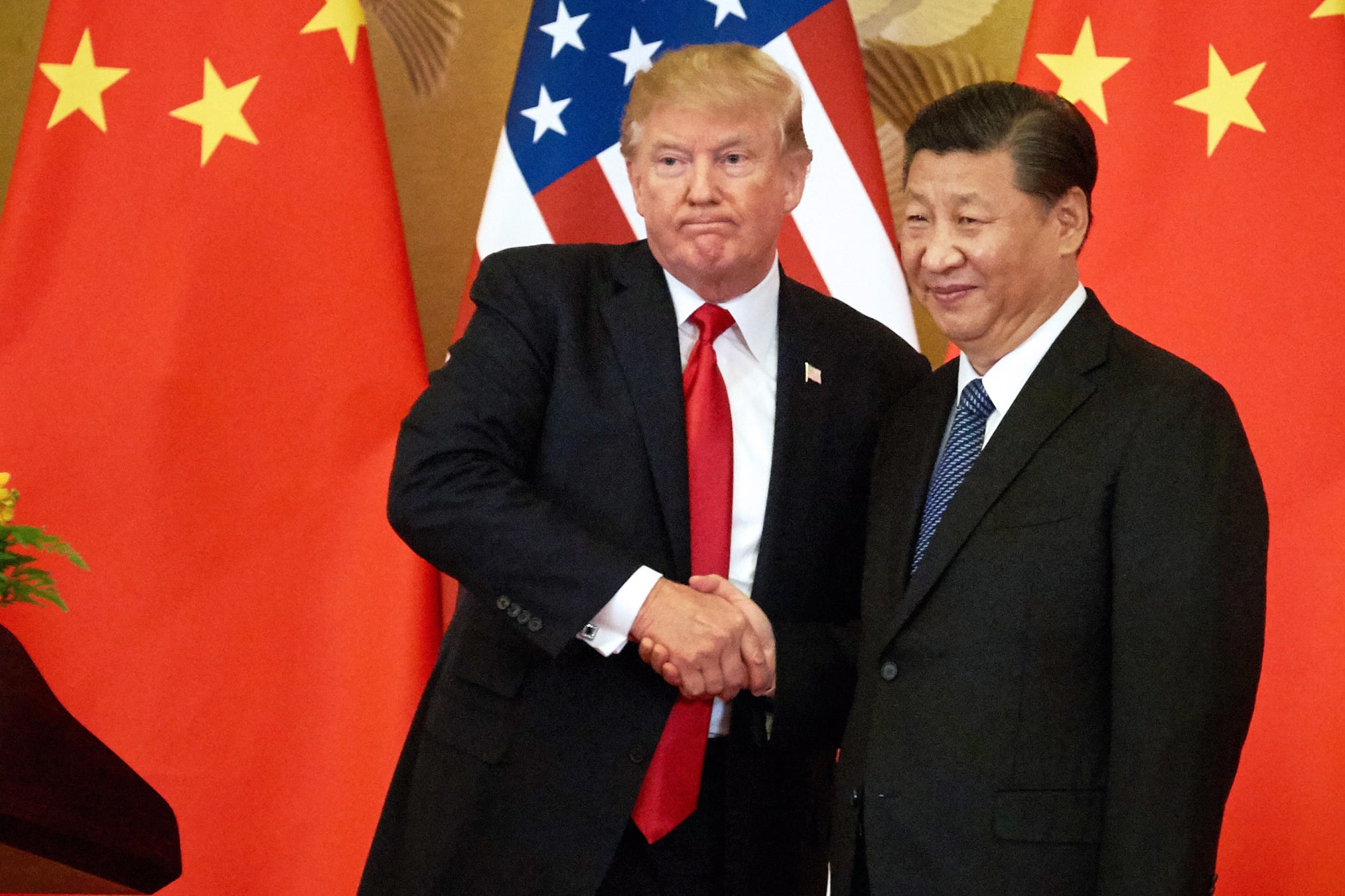 U.S. President Donald Trump may have the power to order American companies in China to leave the world’s second largest economy, but it would cost him politically, said a business leader on Tuesday.

“The President could issue orders that would make it very difficult for American companies to continue to do business in China, but I think it’s not a legal question of whether he’s going to do that — it’s a political and economic question,” said Timothy Stratford, chairman of the American Chamber of Commerce in China.

He was referring to Trump’s tweet on Aug. 23 ordering American companies to “immediately start looking for an alternative to China” and urging them to start making their products in the U.S. instead.

The longer the trade negotiations are stalled, the longer that there is unpredictability.

chairman of the American Chamber of Commerce in China

The president later referred to the International Emergency Economic Powers Act (IEEPA) in a separate tweet, linking it to “Presidential powers” and China.

Under the act, which was passed in 1977, the president can deal with “any unusual and extraordinary threat … to the national security, foreign policy, or economy of the United States.”

However, Stratford said it would be an “extreme step” for the president to exercise that right.

“I think that it would be a very radical step for him to take. I think there would be huge pushback across the board in the United States including from leaders of his own political party, and therefore it seems unlikely that he would go that far,” he said.

“The U.S.-China economic relationship is very, very complicated. It affects a lot of companies and a lot of industries. Just to say ‘okay, let’s be done with it’ is…a very simplistic way to approach it,” he told CNBC’s “Squawk Box.”

President Donald Trump (L) and China’s President Xi Jinping shake hands at a press conference following their meeting at the Great Hall of the People in Beijing.

Even without Trump ordering American firms out of China, companies are already moving out due to the long drawn trade war between the two countries, said Stratford, who is also managing partner at Covington & Burling, a law firm.

“The longer the trade negotiations are stalled, the longer that there is unpredictability,” he said.

In the latest escalation of the trade war, the U.S. on Sunday started imposing 15% tariffs on a variety of Chinese goods while China retaliated with new duties.

On Monday, Beijing said it had lodged a complaint against the U.S. at the World Trade Organization over American import duties that affected $300 billion of Chinese exports.

The lawsuit is the third that Beijing has brought to challenge Trump’s China-specific tariffs at the WTO. The international organization limits the tariffs each country is allowed to charge.

One issue in the trade talks is Chinese confusion over the Trump administration’s “real intentions,” said Stratford.

“If you’re not confident that you understand the long-term intentions of the other side, then you’re concerned about making commitments because you don’t know where that’s leading,” Stratford added.

Trying to figure out what the real U.S. intentions are in this case has been very difficult for the Chinese side.

chairman of the American Chamber of Commerce in China

“On the one hand, the Trump administration can put forward — and has put forward — compelling arguments in terms of economic policies where they have concerns, but there are other things that are going on that makes China wonder ‘Is that what really this is about?'” Stratford said.

For instance, when Trump ordered companies to leave China, people wondered: “Why is he doing that? Is he doing that as a bluff, or is he really serious?”

“Trying to figure out what the real U.S. intentions are in this case has been very difficult for the Chinese side,” he said.

The country will be celebrating the 70th anniversary of the founding of the People’s Republic of China on Oct. 1, when President Xi Jinping will oversee a military parade in Beijing.

“He is certainly is not going to want to look weak,” Stratford said of the Chinese leader.

“If President Trump appears to be cornering President Xi publicly, we know that he is not going to back down there,” he added. “So I think China is (going) to continue to look for ways to reach an agreement, but also trying to make sure that they don’t appear to be weak publicly.”

— CNBC’s J.R. Reed and Reuters contributed to this report.

Hurricane Dorian downgraded to Category 4 as it hovers over Bahamas
5 things to know before the stock market opens September 3, 2019
To Top
error: Content is protected !!
Top