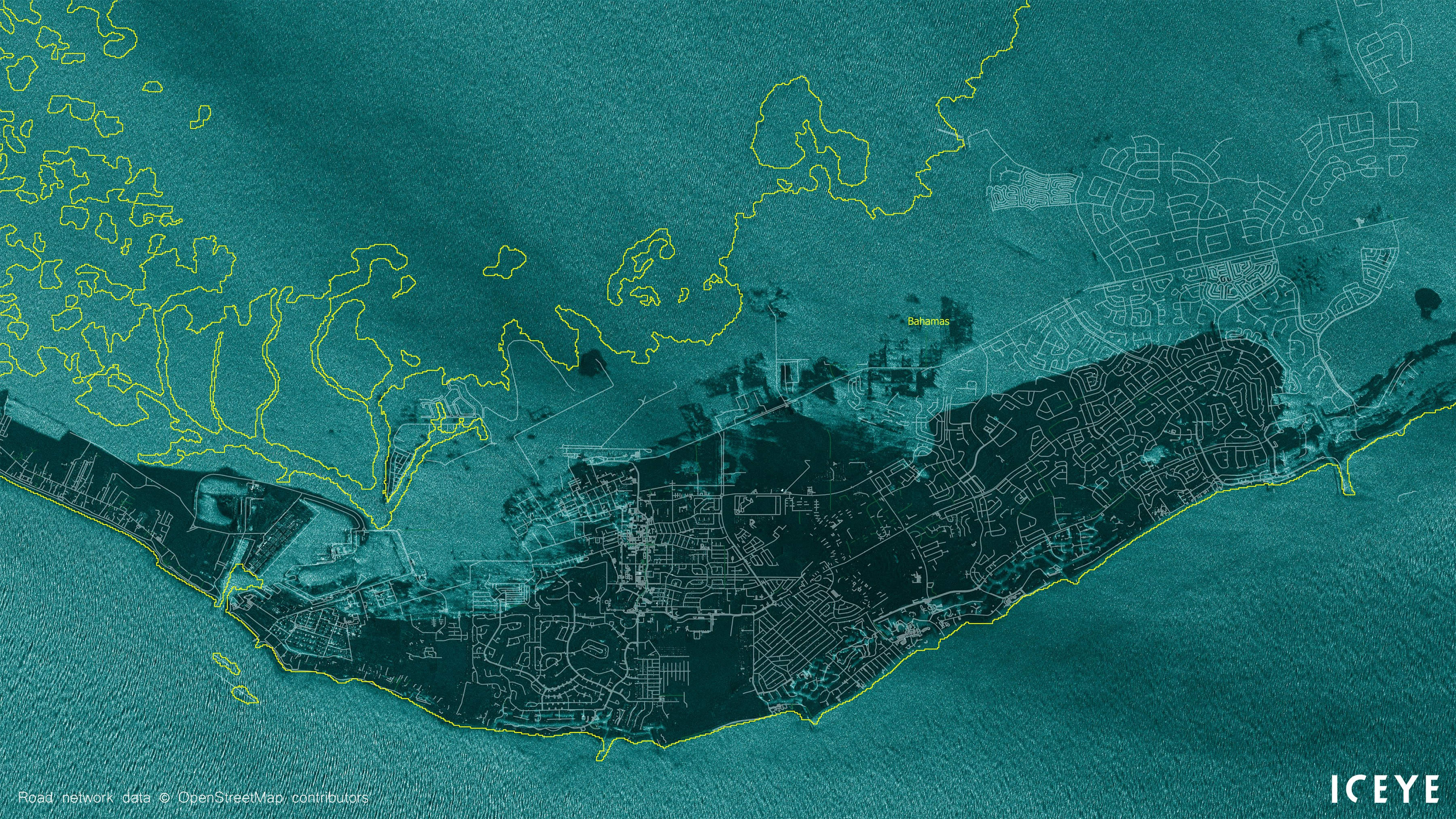 A photo from a next-generation satellite gave a first look at heavy flooding across the Bahamas from Hurricane Dorian, as the immense storm brought devastating winds and rain to the islands on Monday and Tuesday.

The company estimates that, in the wider view below, more than 60% of the Grand Bahama island shown is submerged.

An image taken by satellite company ICEYE shows much of the Grand Bahama island was under water as Hurricane Dorian hit on Monday.

Dorian made landfall in the Bahamas as a Category 5 storm on Sunday, bringing winds in excess of 175 miles per hour. The National Hurricane Center expected a storm surge between 18 feet to 23 feet to have catastrophic effects on the islands, as there is little elevation to slow the surge.

The hurricane has since become deadly, as Reuters reported on Tuesday that Hurricane Dorian killed at least five people in the Abaco Islands in the northern Bahamas.

Satellites for the National Oceanic and Atmospheric Administration show more recent images of the hurricane, which neared the Florida coast on Tuesday.

Images of Hurricane Dorian as recently as 10:21 a.m. EST on Tuesday, taken by the National Oceanic and Atmospheric Association’s GOES-East satellite.

Unlike other earth observation satellites, ICEYE’s use a special type of technology to see through the storm’s clouds. Known as SAR (or synthetic aperture radar), the technology allows a satellite to provide images of the Earth at any time. With two satellites successfully that successfully operated in orbit, ICEYE is moving forward on its plans to launch a network of the satellites, to give a near-real time comparison of changes on the ground.

ICEYE expects to have updated imagery of Hurricane Dorian within the next 24 hours, the company told CNBC.