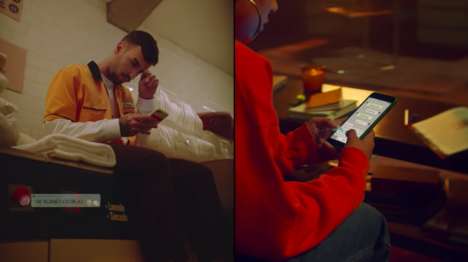 Jägermeister’s ‘Be the Meister’ campaign puts a fresh spin on the idea of music videos that feature an artist, introducing a new kind of concept that brings entertainment and advertising closer together. Jägermeister fused two songs and two music videos from two artists to create an entirely new song and music video. As such, the video itself is split down the middle of the screen most of the time, and it’s only at the end when the artists come together that the division disappears.

Be the Meister stars Spanish musician Rels B’s ‘Ballin’ and Deva, an up-and-coming artist who is known for mixing different styles of urban music, with ‘Quién Quieres Ser.’ Both of these songs have been independently released in the Spanish market and Jägermeister is now offering a new way for fans to experience these songs as one.