I think this pharma distributor is a house of pain 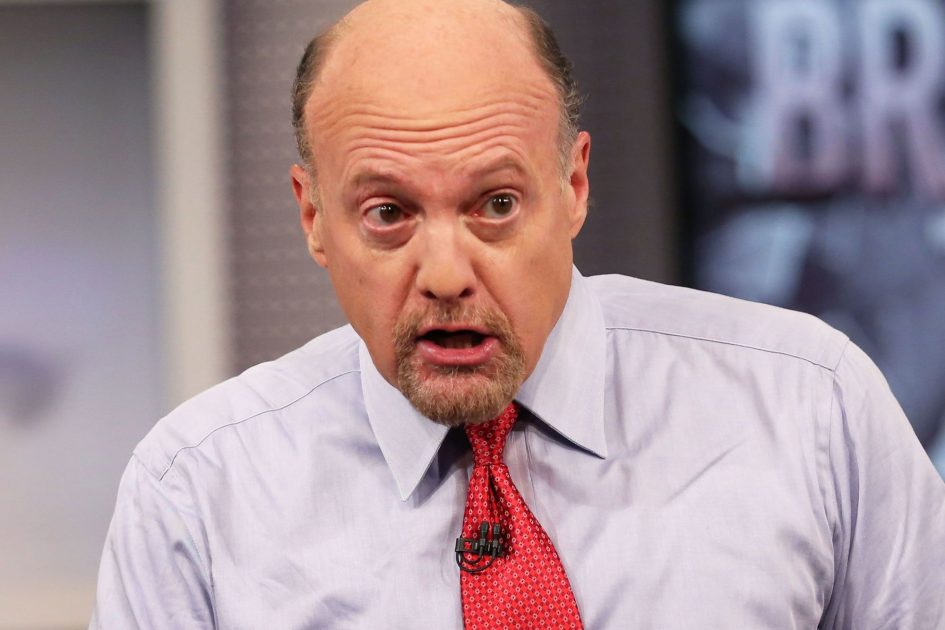 CNBC’s Jim Cramer said Thursday in front of a live-studio audience that McKesson is a stock to stay away from here.

“They are in such a difficult spot right now,” the “Mad Money” host told a guest. “I’m in the house of pain with CVS. I don’t want you to join me with McKesson and you will. “

After an historic day on Wall Street, Cramer reviewed the top stocks that have helped extend the longest bull run in 2019.

The tech-heavy Nasdaq gained 0.80% and the Dow Jones Industrial Average closed up more than 249 points.

Cramer looked at the top 10 gainers in the 30-stock Dow index to assess where they are headed.

“There’s still a lot to like here, but if I’m right … that I think these trade talks [with China] could break down, “ he said. “You’ll want to keep some powder dry so you can buy into weakness and get some real bargains.”

Caterpillar CEO Jim Umpleby expressed confidence about his company’s strategy and prospects, despite the prolonged trade war between the world’s largest economies.

“We’ve navigated trade tensions in our 94-year history, this is not new for us,” he told Cramer in a Thursday interview.

China makes up between 5% and 10% of Caterpillar’s sales, particularly in hydraulic excavators, or demolition vehicles. Umpleby said that business “continues to be strong” despite an ongoing trade dispute between the countries that has seen tariffs levied on both sides.

“We saw a big increase there in 2017, 2018, and it’s continuing in 2019 so far,” he said. “We’re very comfortable still meeting our forecast dealing with those challenges, so, again, it’s a part of what we do. We’ve seen this before, we’ve been through it, we’ll manage our way through this situation.”

MongoDB CEO Dev Ittycheria on Thursday broke down where the database platform has an edge over Oracle.

He told Cramer while Oracle is a relevant player in the industry, the company has been around for more than four decades. That predates the creation of the cloud, mobile and internet capabilities.

“What we have is a much more modern data platform, and that’s why people are navigating to MongoDB to build modern applications,” Ittycheria said in an interview. “And when it comes to numbers, based on what I saw, Oracle announced 1% revenue growth. MongoDB announced almost 80% revenue growth. So the trajectories of the two companies are very different.”

Cramer’s lightning round: Lockheed Martin is the one you have to own

In Cramer’s lighting round, the “Mad Money” host zipped through his thoughts about viewer stock picks in front of a live audience.

TransDigm: “I like that. I think it’s one of the better ones, but I have to tell you Lockheed Martin’s got … the best product portfolio right now. That’s the one you have to own, and the stock was up today very big. “