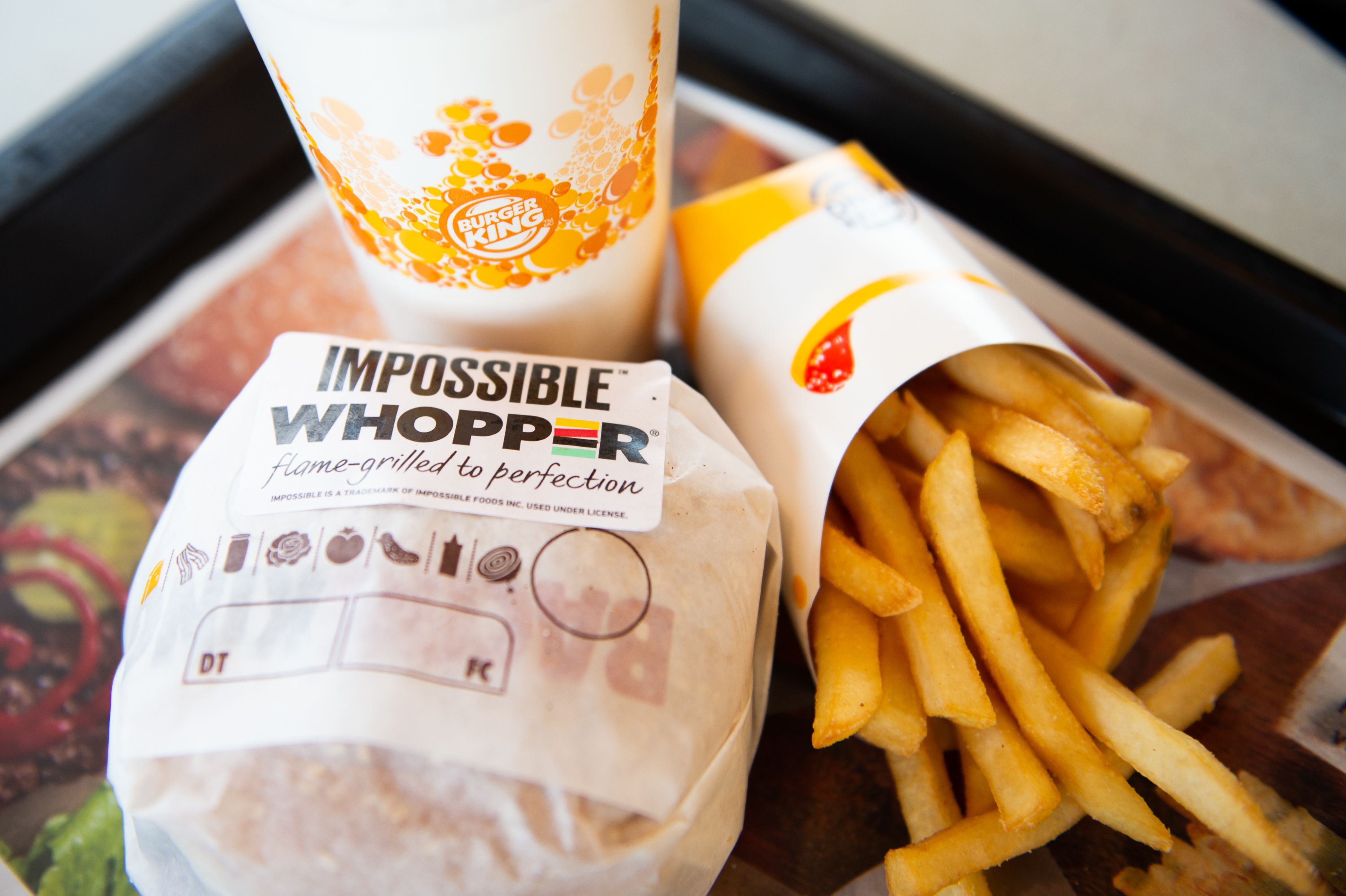 In this photo illustration, an ‘Impossible Whopper’ sits on a table at a Burger King restaurant on April 1, 2019 in Richmond Heights, Missouri. Burger King announced on Monday that it is testing out Impossible Whoppers, made with plant-based patties from Impossible Foods, in 59 locations in and around St. Louis area.

While McDonald’s is waiting to jump into plant-based meat substitutes, Burger King is reaping the rewards for taking the plunge.

On April 1, the Restaurant Brands International chain announced it was testing a vegetarian friendly version of its Whopper, made with the plant-based Impossible Burger, which is known for “bleeding” just like a real burger patty. Before the month ended, Burger King said it would launch the product nationwide this year. It has since brought the Impossible Whopper to three more cities.

Locations in Burger King’s test market, St. Louis, outperformed the chain’s national foot traffic average by 18.5% in April, according to a report from inMarket inSights. The firm analyzed location data from mobile apps for March — before the Impossible Whopper started testing — and April.

Locations in the city attracted 16.75% higher foot traffic in April than the previous month’s average for all U.S. Burger Kings. Outside St. Louis, U.S. stores saw foot traffic decrease by 1.75% from March’s average number of visits, the study said.

Burger King wasn’t immediately available to comment on the report.

“These next generation plant-based alternatives are in position to disrupt the meat category in a similar fashion that plant-based milks disrupted dairy and energy drinks disrupted caffeinated beverages,” Bank of America Merrill Lynch analyst Bryan Spillane said in a research note Tuesday about Impossible Foods’ chief rival Beyond Meat.

Impossible Foods, the maker of the plant-based Impossible Burger, raised $300 million in its latest funding round. While the Food and Drug Administration only recently approved its key ingredient for retail sale, the company has focused on introducing the product to customers by selling to restaurants like Red Robin and Qdoba.

Impossible has struggled to meet soaring demand for its patties but is increasing the number of hours and employees at its Oakland, California, plant. The company also recently announced that it is working with Little Caesars to put a plant-based sausage on the chain’s pizza.

Beyond Meat has seen its stock price surge 218% since it went public at the start of the month. On Tuesday, Beyond Meat said it signed a deal with Zandbergen World’s Finest Meat to make its plant-based meat products at a Dutch facility, which is expected to begin production in the first quarter of 2020.