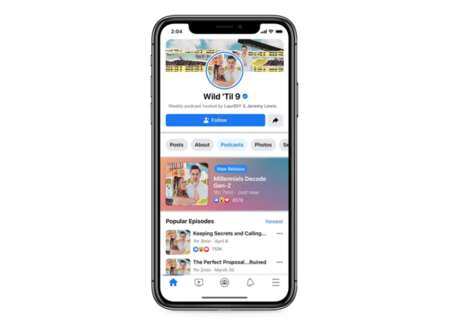 Facebook recently announced it’s creating its own in-app podcast player separate from the in-app Spotify player. The launch comes as the social media giant prioritizes audio experience after seeing the “continuing rise of audio on [its] platforms, from audio calls to audio messages on WhatsApp and Messenger.”The Facebook in-app podcast player will allow users to share podcast episodes and listen to them without having to leave the app. Since podcasts are primarily an ad-based product, the social media platform would be able to gather data on listeners, increasing their ability to target users. Moreover, the platform announced plans to offer monetization models, by allowing listeners to access different “rooms” for either a one-time fee or through a subscription model.Image Credit: Facebook