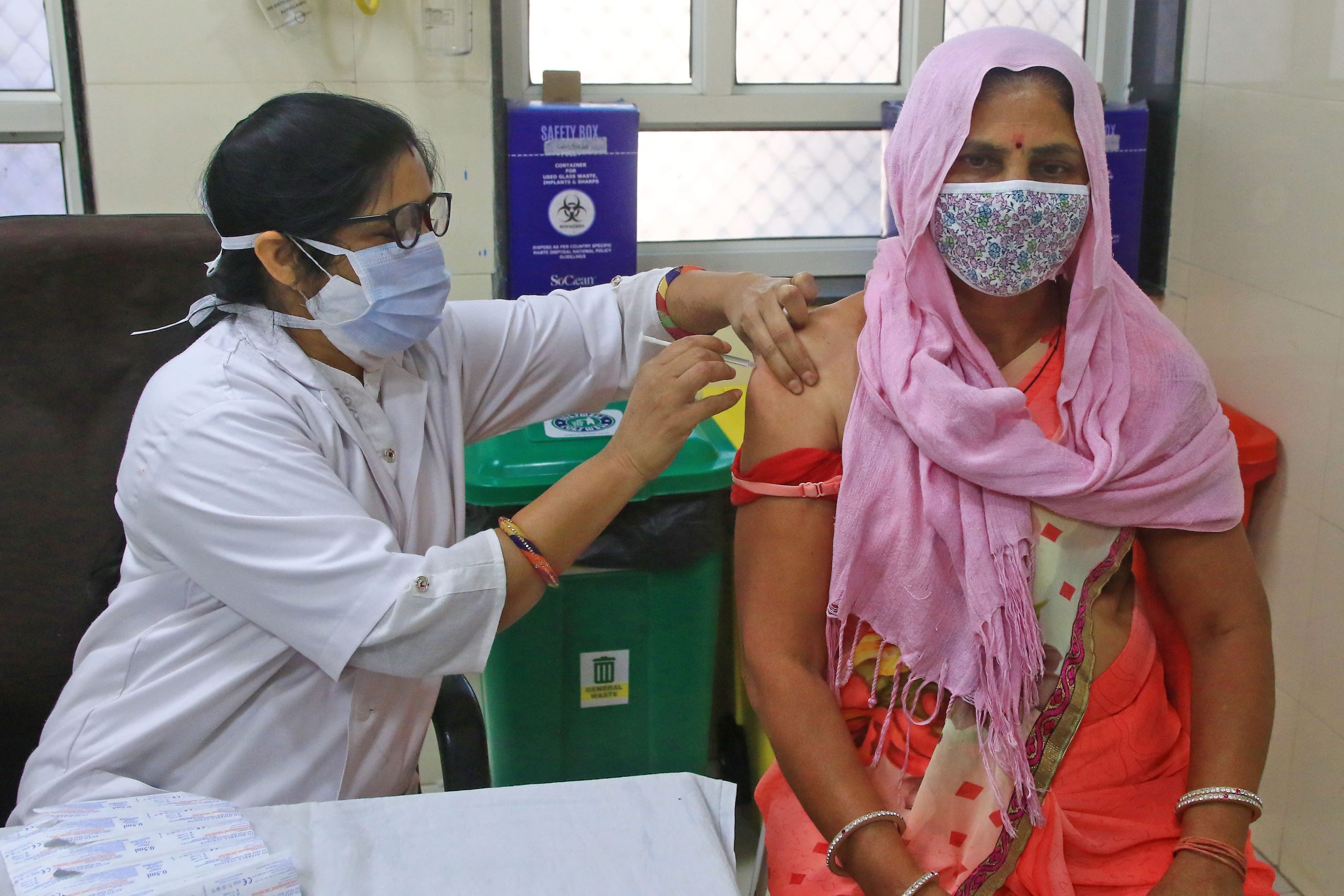 A beneficiary receives a dose of Covid-19 vaccine, at HB Kanwatia Hospital in Jaipur, Rajasthan, India, on April 11, 2021.Vishal Bhatnagar | NurPhoto | Getty ImagesIndia overtook Brazil as the second worst-infected country behind the United States after data showed that Covid-19 cases continued to surge.The South Asian nation reported more than 168,000 new cases over a 24-hour period on Monday, according to health ministry data. Around 83% of the new infections were reported in 10 states, including the western state of Maharashtra, which is home to India’s financial capital Mumbai.Since the beginning of April, India has reported more than 1.37 million cases, bringing the country’s total number of infections since last January to over 13.5 million; cases began rising since February after reaching a peak in September.Though Maharashtra has been the hardest-hit state in the second wave, cases in other areas — including the populous state of Uttar Pradesh — are going up.Daily reported death rate is also climbing as hospitals face pressure over supplies, including the number of beds available. Still, compared to other countries including the U.S., India’s Covid-related deaths are relatively low.Health Minister Harsh Vardhan has reportedly blamed the second wave of infections on people’s lack of commitment toward wearing masks and practicing social distancing.But in recent weeks, politicians, including Prime Minister Narendra Modi and his Bharatiya Janata Party, as well as other political parties held election rallies in states like West Bengal where large crowds gathered — most of them without wearing masks. There were also a string of religious gatherings that took place in various parts of the country.Vaccination program underwayIndia’s health ministry says that more than 100 million doses of vaccines have been administered since the government began an ambitious inoculation program in January. Since April 1, anyone over 45 years old is eligible for their shots.Media reports say that some states, including Maharashtra, are facing a severe vaccine shortage. The Indian government, in response, accused those states of diverting attention away from their failure to control the virus.