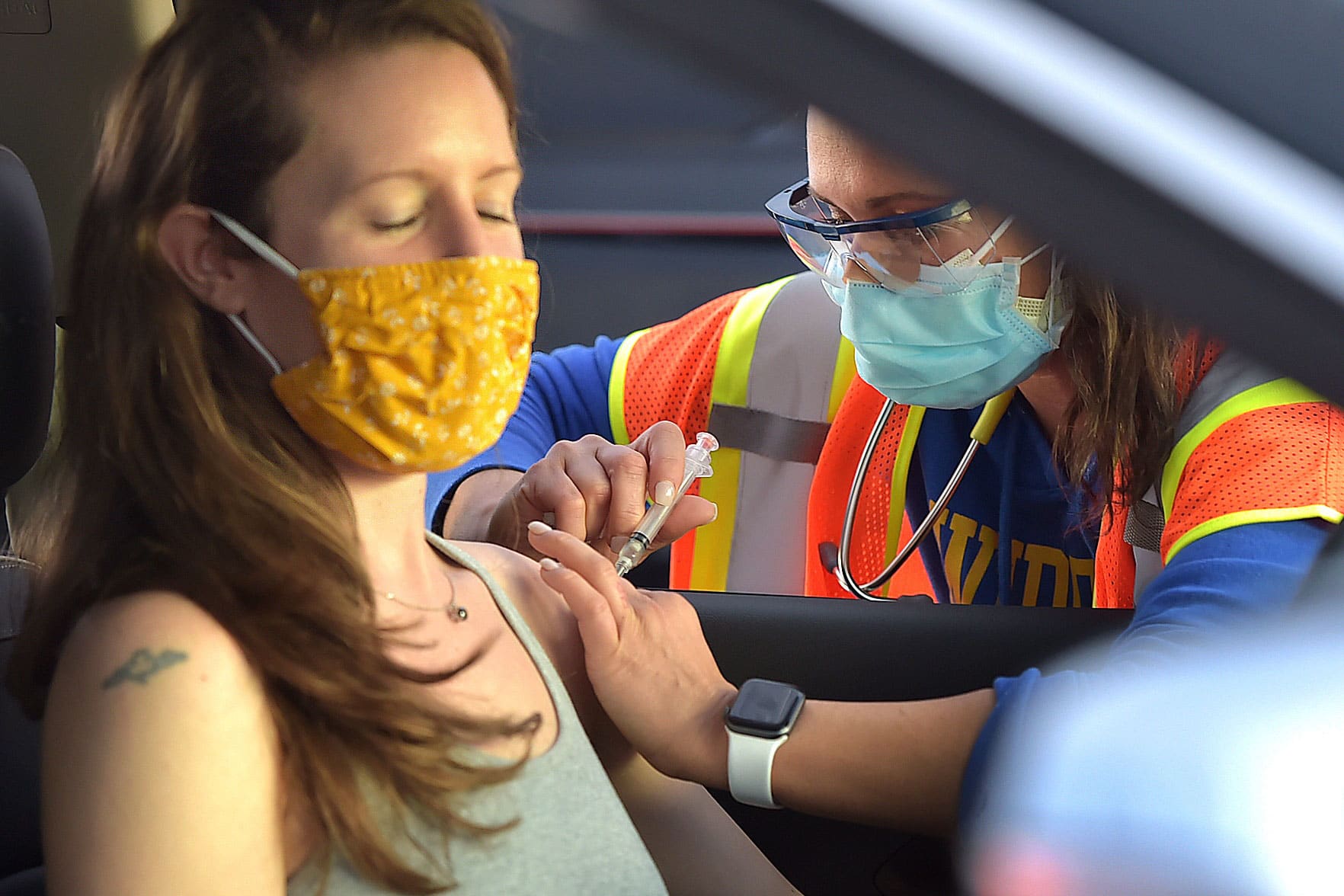 A single-day record 4.6 million vaccine doses were reported administered in the U.S. on Saturday, followed by another 3.6 million shots on Sunday. That brings the daily average of reported doses administered over the past week to 3.1 million.At the same time, the country is reporting 70,000 new coronavirus infections per day, according to data from Johns Hopkins University, a level in line with last summer’s surge, when average case counts peaked at 67,000 in late July.No state is recording more daily infections on a per capita basis than Michigan, according to a CNBC analysis of Hopkins data, with daily case counts and hospitalizations nearing the state’s prior peaks and Covid-19 deaths there on the rise.U.S. Covid casesThe U.S. has reported 70,000 daily new Covid-19 cases on average over the past week, Hopkins data shows. While far below the country’s winter peak of about 250,000 new cases per day, that figure is in line with case counts reported during the nation’s “second wave” over the summer, which at the time were record highs.Michigan is seeing nearly 7,400 average daily new cases, nearing the state’s record level of more than 8,300 per day recorded in December. On Friday, Gov. Gretchen Whitmer asked high schools to temporarily halt in-person learning and asked residents to restrict activities. The governor also requested that schools voluntarily suspend sports games and that residents avoid in-person dining for two weeks in an effort to slow the spread.The death toll in Michigan is also on the rise. The state is reporting an average of 43 Covid deaths per day over the past week, up from 30 a week earlier.Average daily case counts have increased by 5% or more from a week ago in 29 states, according to Hopkins data.U.S. Covid deathsThe U.S. has reported 981 daily Covid-19 deaths on average over the past week, according to Hopkins data.The latest U.S. trend in coronavirus deaths is being obscured by a bulk data release of about 1,800 deaths from Oklahoma. These deaths are all currently being reported for April 7, 2021, despite having occurred in weeks or months prior. The Oklahoma State Department of Health announced that the state is in the process of transitioning to data reporting guidelines in line with Centers for Disease Control and Prevention requirements, which is the cause for this increase.Prior to this reporting anomaly, the daily Covid death toll in the U.S. had been trending downward from the record levels seen in January.U.S. vaccine shots administeredCDC data shows a single-day record of 4.6 million vaccine doses reported administered on Saturday, and the U.S. has reported 3.1 million shots given per day on average over the past week.U.S. share of the population vaccinatedMore than a third of the U.S. population has received at least one dose of a Covid vaccine and more than a fifth is fully vaccinated, CDC data show.Of those 65 and older, 78% have received at least one dose and 61% are fully vaccinated.