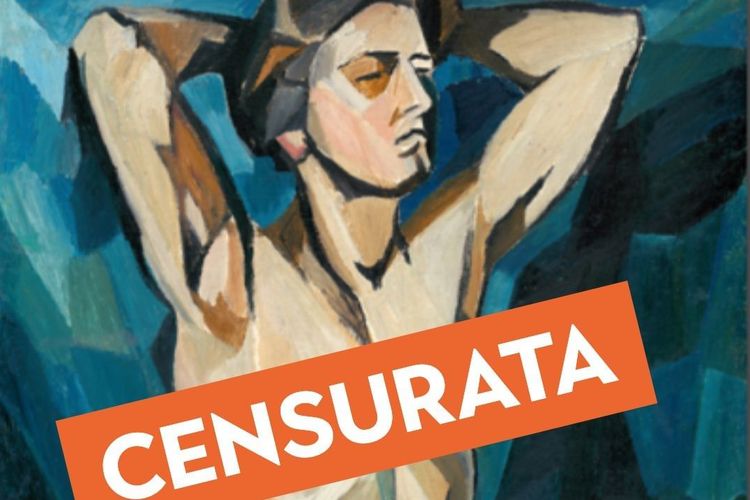 Officials at the Palazzo Strozzi in Florence have re-posted on Instagram a painting of a female nude by the Russian artist Natalia Goncharova days after the social media platform withdrew a video featuring the early 20th-century image.

The painting, A Model (Against a Blue Background, 1910), will be shown in an exhibition due to open at the Italian museum later this month (28 September-12 January 2020). The controversial work is currently on display at Tate Modern in London, which is hosting the Goncharova survey (until 8 September).

Arturo Galansino, the director of Palazzo Strozzi, says that Instagram initially deleted the post last week. “There was the normal practice of deleting the post with a general message [from Instagram],” he tells The Art Newspaper. “But we have tried again—this time it has worked!” A spokeswoman for the museum says that Instagram has since approved the publication of the image.

The row sparked debate once again about social media platforms’ stance on female nudity in art. Instagram, and its parent company Facebook, both ban photographic representations of the naked body, although last year the social media giant revised its policy to allow artistic nudity in sculpture and painting. Meanwhile, an increasing number of artists are having their Instagram posts deleted or accounts suspended.

Galansino says: “The risk is that we start using social media differently and less freely than we do today. Instagram is a powerful tool of communication, but it’s also a useful source of information for people interested in arts and culture. Art must not be censored.”

The Italian art critic Francesco Bonami also heavily criticised the move, writing in the newspaper La Repubblica: “If the algorithm, and this artificial idiot, actually did their job they should also put a covering on the genitalia of Michelangelo’s David. Otherwise, the awful doubt arises that censorship is triggered by the algorithm only when the nude is female. The even more worrying concern then arises that the programmer on duty is really someone with Taliban and fundamentalist tendencies. Is this possible?”

He points out that Goncharova was persecuted because of the religious content of her works in Russia around 1912, rather than the depiction of nudity. “That Instagram is more obscurantist in 2019 is staggering,” Bonami says. Instagram did not immediately respond to a request for comment.