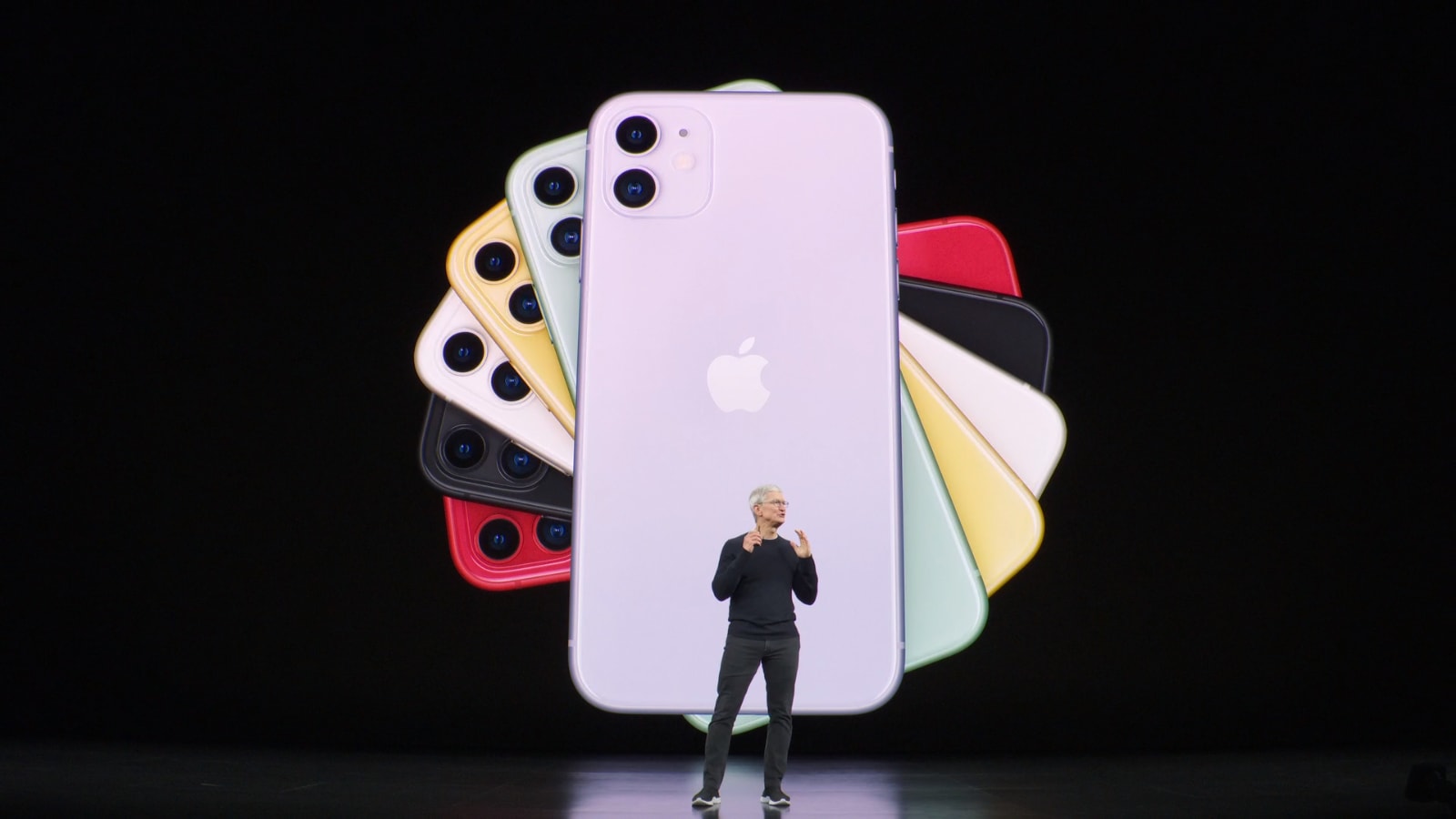 Apple’s iPhone launch on Tuesday didn’t shock anyone.The company launched new iPhones a few months ahead of the critical holiday season, as it has done every fall since 2011. The new iPhone 11 models feature faster chips, better cameras, and longer-lasting batteries than the 2018 models — solid improvements, but not a revolution.The most important announcement Apple made on Tuesday was about price. Two years after Apple broke new high-end ground with its first $1000 iPhone, Apple reduced the price of its least expensive current-year iPhone. When the iPhone 11 goes on sale for $699, it will be $50 less than the phone it’s replacing, the iPhone XR.The iPhone price decrease gives Apple a new way to get new customers into its system of connected products. It’s a move that makes sense as iPhone unit sales peaked in 2015 and haven’t fully recovered. (Apple doesn’t even report iPhone unit sales anymore.)The online services Apple launched on Tuesday were also lower in price than expected, and give Apple a way to entice new customers with content that’s more expensive or impossible to get elsewhere.Not everyone needs all the bells and whistles$699 for the iPhone 11 is a significant price drop, especially after Apple raised the price of its second-best new phone from $699 for the iPhone 8 in 2017 to $749 for the XR last year. Apple’s high-end phones, the “Pro” models, still start at $999 and $1099.The new iPhone 11 has a better camera than last year, and a faster processor, but most people will never notice the difference. Smartphone cameras have been very good for a few years and while some apps need a lot of processing power, some of the most common apps, like Facebook, or Snapchat, or Uber, don’t.Apple also dropped the price of last year’s iPhone XR to $599, showing how price drops can trickle down the lineup as Apple likes to keep older phones around as low-cost models.That’s exactly what it’s doing with its Watch hardware, too.Apple’s newest watch, the Series 5, sports a screen you don’t have to turn on to check the time, the more important announcement might be that that Apple is now selling the 2-year-old Series 3 for $199 — much closer to an impulse buy than the $399 or $499 for the new models.”While it doesn’t have all the bells and whistles as Watch 5, it will attract many first-time buyers,” Moor Insights analyst Patrick Moorhead said in a DM.Services surprise on priceApple also revealed how much it was going to charge for its streaming TV service, Apple TV+, when it launches later this year: $4.99 per month, significantly less than Disney+ or Netflix, although with significantly less content. Apple’s also going to give users a free year with purchase on an Apple device, which will make the first year free for most prospective subscribers, except Jennifer Aniston fans who are committed to Windows and Android. (The service’s flagship program is a drama called “The Morning Show” starring Jennifer Aniston and Steve Carrell.)”The biggest news was the $4.99 price point for what look to be some unique titles. I do believe Apple will have at least one hit across the catalog, making it a no-brainer for customers in every ecosystem,” Morehead said.Apple also introduced a surprisingly inexpensive $5 per month all-you-can-game subscription called Apple Arcade that parents can share with kids for free. If the games are competitive, that’s a great value for families — instead of buying a single console game for $60, you can get a year of access to a bundle of games for the same price.”The family-friendly titles and cross Apple platform are nice, but I believe the biggest news was the $4.99 per month price point for an all-family plan,” Moorhead said. “For premium Apple customers, this will be a no-brainer.”Indeed, dedicated Apple users — “premium Apple customers” — remain incredibly interested in whatever Apple has to launch. Tuesday’s device launch was streamed on YouTube, and over 1.5 million people watched it concurrently. 1.5 million tweets about the event were sent, according to statistics from Sprout Social.But the main question after Tuesday’s event is whether the price cut for the iPhone 11 will entice new customers to buy a new iPhone, eventually leading to them buying a new Apple Watch or paying for Apple TV+ — or whether Apple’s simply introducing more options for people who already live in Apple’s world.