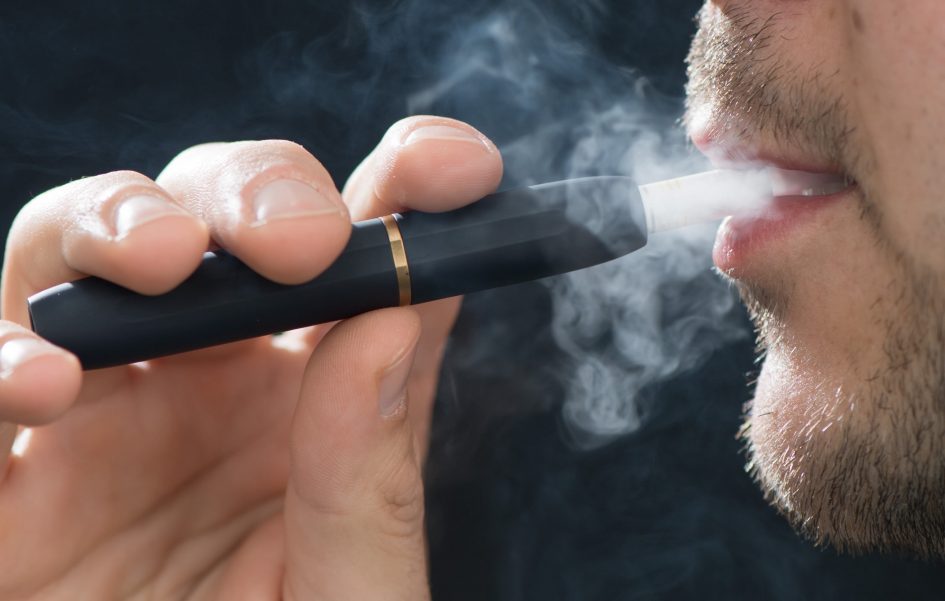 A man smokes with the electronic tobacco heater IQOS (I quit ordinary smoking) of the tobacco company Philip Morris.

The tobacco giant is trying to pivot away from cigarettes and toward new products, namely iQOS, which heats tobacco instead of burning it. PMI sells Marlboro cigarettes and other brands around the globe. In the quarter, PMI said cigarette volume fell 3.6%, while volume for its new heated tobacco products spiked 37% in the quarter.

PMI posted revenue of $7.7 billion, down 0.3% from the year-ago quarter yet still better than the $7.37 billion analysts polled by Refinitiv expected.

Shares of the company rose about 5% Thursday.

“Building on our encouraging start to the year, we delivered another strong quarter that continues to demonstrate the soundness of our strategies and the quality of our execution,” PMI CEO André Calantzopoulos said in a statement.

iQOS’ performance helped boost PMI’s results. Revenue for reduced-risk products, which iQOS is categorized in, totaled $1.53 billion in the quarter. Anaysts had expected $1.24 billion, according to estimates from StreetAccount.

PMI said Russia was a bright spot for iQOS in the quarter. Reduced-risk product revenue in Eastern Europe, which includes Russia, jumped to $182 million in the quarter from $65 million in the year-ago quarter. PMI said it increased spending in the region, primarily in Russia, to bring iQOS to more markets.

The U.S. Food and Drug Administration cleared iQOS for sale in the U.S earlier this year. Altria will sell the device in the U.S., with plans to introduce it in Atlanta, Georgia, this summer.

PMI said it would up its spending on iQOS this year by a third, from $300 million to $400 million.