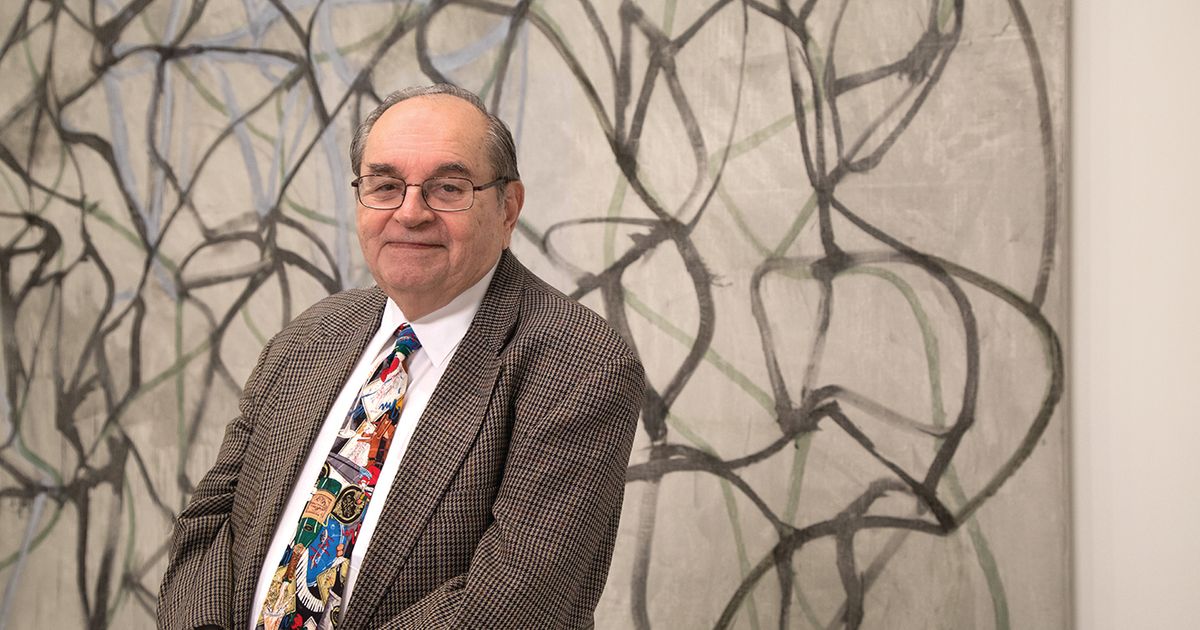 James T. Demetrion, the longest serving director of the Hirshhorn Museum and Sculpture Garden in Washington, DC, died on 30 November, aged 90, of complications following a stroke, the museum announced on Tuesday. “Jim Demetrion was a remarkable museum leader whose impact on the Hirshhorn was immeasurable. During his near-17 year tenure, he did much to transform the museum collection from an extensive private one to have the broader and more varied focus of a public institution,” says the Hirshhorn’s director, Melissa Chiu. “Jim was always jovial and very down to earth. More than anything else he loved the Hirshhorn, and his public service left a great legacy for the millions of museum visitors who continue to enjoy the artworks he acquired.”Demetrion was born in 1930 and was raised in Middleton, Ohio, outside of Cincinnati. His interest in art came when he was stationed overseas with the US Army, which gave him the opportunity to visit museums throughout Europe. When he returned to the US, in addition to taking a job as a high school social studies teacher in California, he began teaching art history. “I had the audacity to teach an art course to adults at night, in a local junior college,” he once told The Washington Post. “I was just two pages ahead of the students, but by then I was hooked.”He soon enrolled in a graduate programme studying art history at UCLA, where he met Walter Hopps, the then-director of the Pasadena Museum of Art (now called the Norton Simon Museum). Under Hopps’s mentorship, Demetrion succeeded him as director of the Pasadena museum in 1964 and five years later he moved to the Des Moines Art Center, where he stayed until 1984, when he took over as the director of the Hirshhorn Museum.The Washington museum was only ten years old when Demetrion took the helm, and its collection was then still largely based on the personal taste of its founder, Joseph Hirshhorn. “When Jim came to the Hirshhorn, he created an exhibition programme that brought the museum forward to live up to its initial ambition of being a museum of Modern and contemporary art,” says the collector Robert Lehrman, who served as board chair under Demetrion’s tenure. “He took the Hirshhorn from being the reflection of a single individual’s view—which was comprehensive but not broad enough—and made it into the nation’s museum for Modern and contemporary art, building an international respect for it. And on top of that, he was the most thoughtful, kind hearted, funny and down to earth person.”Throughout his time at the museum, Demetrion was far ahead of the curve when it came to expanding the collection to include works by prominent and diverse artists. In 1993, he purchased six pieces by Glenn Ligon for the museum, and he oversaw the acquisitions of works by Ana Mendieta, Clyfford Still, Nam June Paik, Lucien Freud, Gerhard Richter, Felix Gonzalez-Torres, Robert Gober, Bruce Nauman, Louise Bourgeois, Philip Guston and countless others. He was also responsible for growing the museum’s endowment from an annual budget of $150,000 to a viable $30m fund. This money was partly raised through the sale of works from the Hirshhorn’s seed collection that Demetrion deemed inessential or redundant.

Demetrion’s personal character also set him apart. He was a baseball fanatic—a Cincinnati Reds fan, his favorite player was the long-disgraced Pete Rose—he did not own a tuxedo until he was given one by his colleagues at the Des Moines Art Center, and his regular, weekly lunch order was a hamburger with no cheese and no tomato. “He was absolutely unpretentious,” James Turrell, who met the director when he was a student at Pomona College, where Demetrion briefly taught art history in the 1960s, told The Washington Post.And what he will be remembered by the most perhaps are the friendships and relationships he built through the years. “I think Jim’s greatest legacy is that he mentored an entire generation of younger curators who went on to be extraordinarily successful museum directors,” Lehrman says. They include Neal Benezra, who became the director of the San Francisco Museum of Modern Art, Ned Rifkin, who helmed both the High Museum of Art in Atlanta and the Menil Collection in Houston, and Olga Viso, who led the Walker Art Center in Minneapolis.”“One of the things that was so impressive about Jim was that he kept up with so many people’s lives after he retired. It seems like everybody was his penpal,” says Demetrion’s grandson, Nicholas Roach. “Jim was an incredible guy. He built an incredible world for himself, coming from a humble background to where he ended up. He was beloved by everybody he came across.”When he retired in 2001, the Hirshhorn started the James T. Demetrion Lectures, an annual series held in his honor. The most recent speaker was the artist Jordan Casteel, and next year will mark the 20th anniversary of the programme.