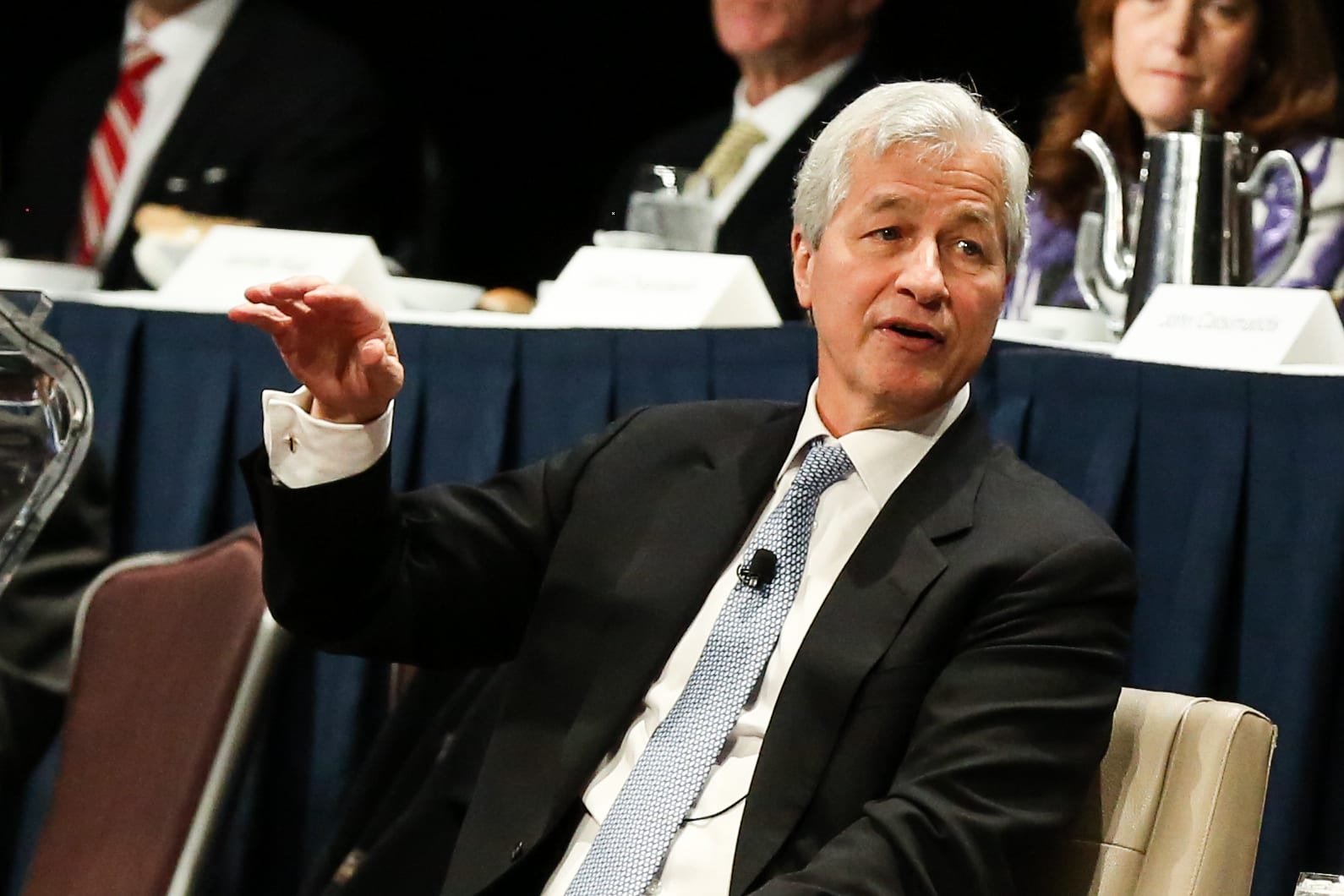 Jamie Dimon, Chairman and CEO of JP Morgan Chase speaking at the New York Economic Club on Jan. 16th, 2019.Adam Jeffery | CNBC J.P. Morgan Chase Chairman Jamie Dimon said Wednesday he doesn’t get the feeling the U.S. is close to an economic downturn, citing the persistent strength of the American consumer for keeping his outlook upbeat.Speaking at the Business Roundtable, Dimon told reporters that “there will be a recession again. My own gut tells me it’s not imminent.”He also stressed the independence of the U.S. central bank and praised Federal Reserve Chairman Jerome Powell. The Fed is scheduled to deliver its latest decision on interest rates later Wednesday.”We all believe that the Fed needs to be independent. It’s not a surprise that any American president wants lower rates,” Dimon said. “Jay Powell is a quality human being. He’s quite bright and quite knowledgeable … Most Fed chairs have had a little bit of struggle early on with” communication.Dimon added, however, that he does not think the Fed’s widely expected interest rate cut will offset the impact of stressed trade relations between the U.S. and its economic partners.The Trump administration seeks to reduce the trade deficit between the U.S. and key trading partners such as China and the European Union, an effort many economists blame for expectations of reduced economic growth and decelerating investment by corporations across the U.S.Trump has targeted Beijing in particular with waves of tariffs on Chinese imports over the last two years. China has curbed its purchases of American crops in retaliation.Regarding a U.S.-China deal, Dimon said he’s “skeptical it will happen before 2020,” and added that he has spoken with the president about the impact of trade war on business, capital expenditure and supply lines.Still, Dimon’s buoyant outlook for the U.S. economy is hardly new. The CEO said in April that the expansion that began after the 2008 financial crisis has no expiration date.”If you look at the American economy, the consumer is in good shape, balance sheets are in good shape, people are going back to the workforce, companies have plenty of capital,” Dimon said at the time.”It could go on for years,” he added. “There’s no law that says it has to stop.”