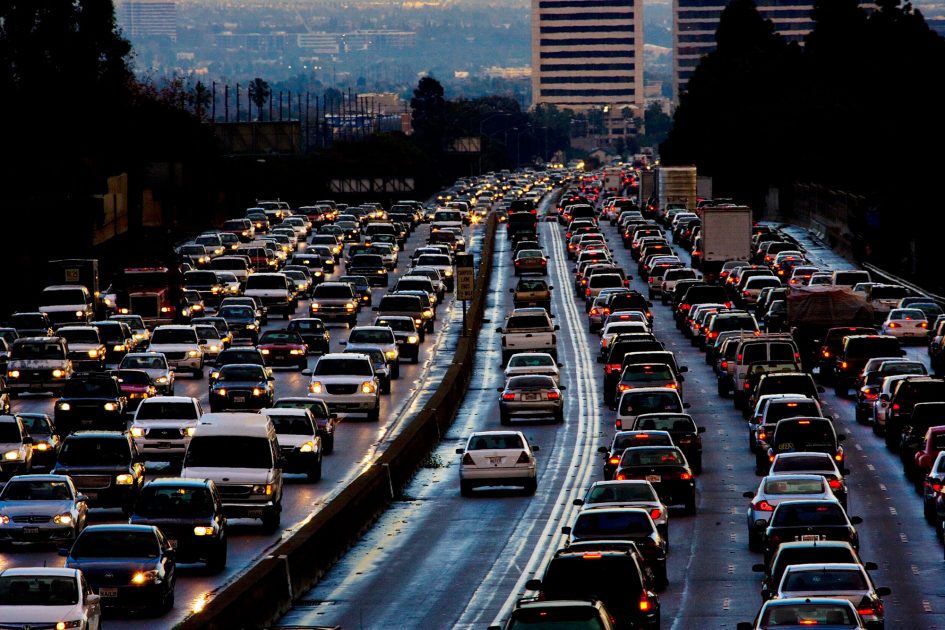 Evening traffic leaving Los Angeles on the 405 freeway North.Pictures Ltd. | Corbis | Getty ImagesPresident Donald Trump said Wednesday that his administration is barring California from setting its own auto emissions standards, setting up a fresh struggle over the president’s push to unravel restrictions on businesses. In tweets announcing the move, the president said the White House “is revoking” a federal waiver that allowed the state to craft its own rules on greenhouse gas emissions from vehicles. Trump argued he blocked California’s ability to do so “in order to produce far less expensive cars for the consumer, while at the same time making the cars substantially SAFER.” He also claimed “there will be very little difference in emissions” under federal rules his administration plans to outline than under standards California agreed to with automakers. Trump takes the step over the protests of Democratic officials and activists in California, who argue it inhibits efforts to fight climate change and improve public health. On Tuesday, California Attorney General Xavier Becerra said the state would file a lawsuit to stop the Trump administration from pulling its waiver. “It’s time to remove your blinders, President Trump, and acknowledge that the only person standing in the way of progress is you,” he said in a statement. “You have no basis and no authority to pull this waiver. We’re ready to fight for a future that you seem unable to comprehend; we’ll see you in court if you stand in our way.”This story is developing. Please check back for updates.Subscribe to CNBC on YouTube.