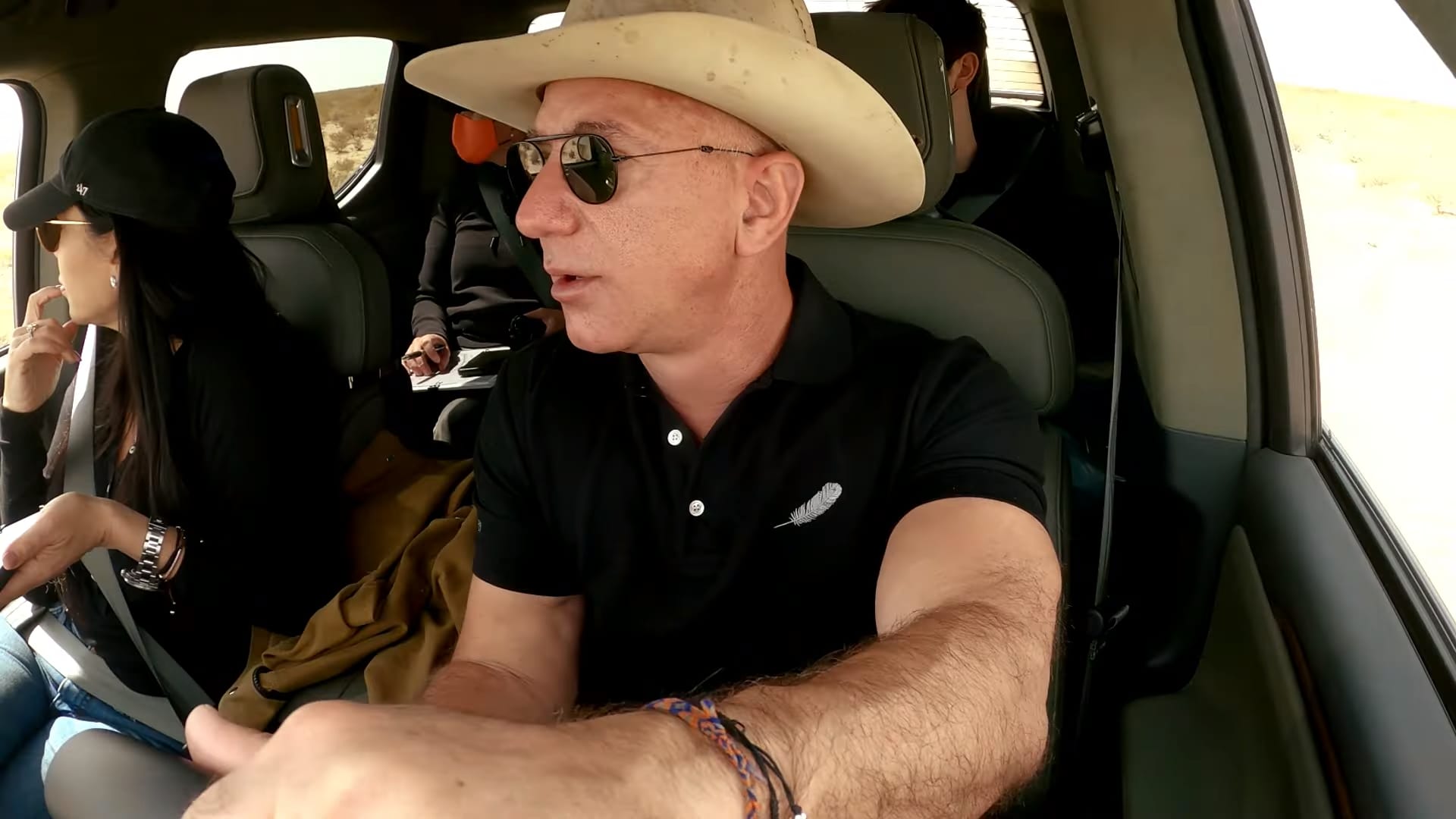 Jeff Bezos takes a look at the New Shepard rocket booster on the landing pad after a successful NS-15 flight and landing in April 2021.Blue OriginJeff Bezos will fly on the first passenger flight of his space company Blue Origin, which the company plans to launch on July 20, the billionaire announced Monday.”I want to go on this flight because it’s the thing I’ve wanted to do all my life,” Bezos said in a video posted to his Instagram.Bezos’ brother Mark will join him, as will the winner of an auction being held for one of the seats. The highest bid stands at $2.8 million as of Monday morning, five days before the auction closes.”I wasn’t even expecting him to say that he was going to be on the first flight,” Mark Bezos said in the video. “What a remarkable opportunity, not only to have this adventure but to do it with my best friend.”Blue Origin’s space tourism system New Shepard, a rocket that carries a capsule to the edge of space, has flown more than a dozen successful test flights without passengers on board, including one in April at the company’s facility in the Texas desert.New Shepard is designed to carry up to six people on a ride past the edge of space, with the capsules on previous test flights reaching an altitude of more than 340,000 feet (more than 100 kilometers). The capsule has massive windows to give passengers a view, spending a few minutes in zero gravity before returning to Earth.Jeff Bezos opens the hatch of the New Shepard capsule after a test flight in April 2021.Blue OriginThe rocket launches vertically, with the booster detaching and returning to land at a concrete pad nearby. The capsule’s return is slowed by a set of parachutes, before softly landing in the desert.”To see the Earth from space, it changes you,” the Amazon CEO said. “It’s an adventure; it’s a big deal for me.”Bezos founded Blue Origin in 2000 and continues to wholly own the company, funding it through share sales of his Amazon stock.July 20 will mark the 52nd anniversary of the Apollo 11 moon landing.Become a smarter investor with CNBC Pro.Get stock picks, analyst calls, exclusive interviews and access to CNBC TV. Sign up to start a free trial today.