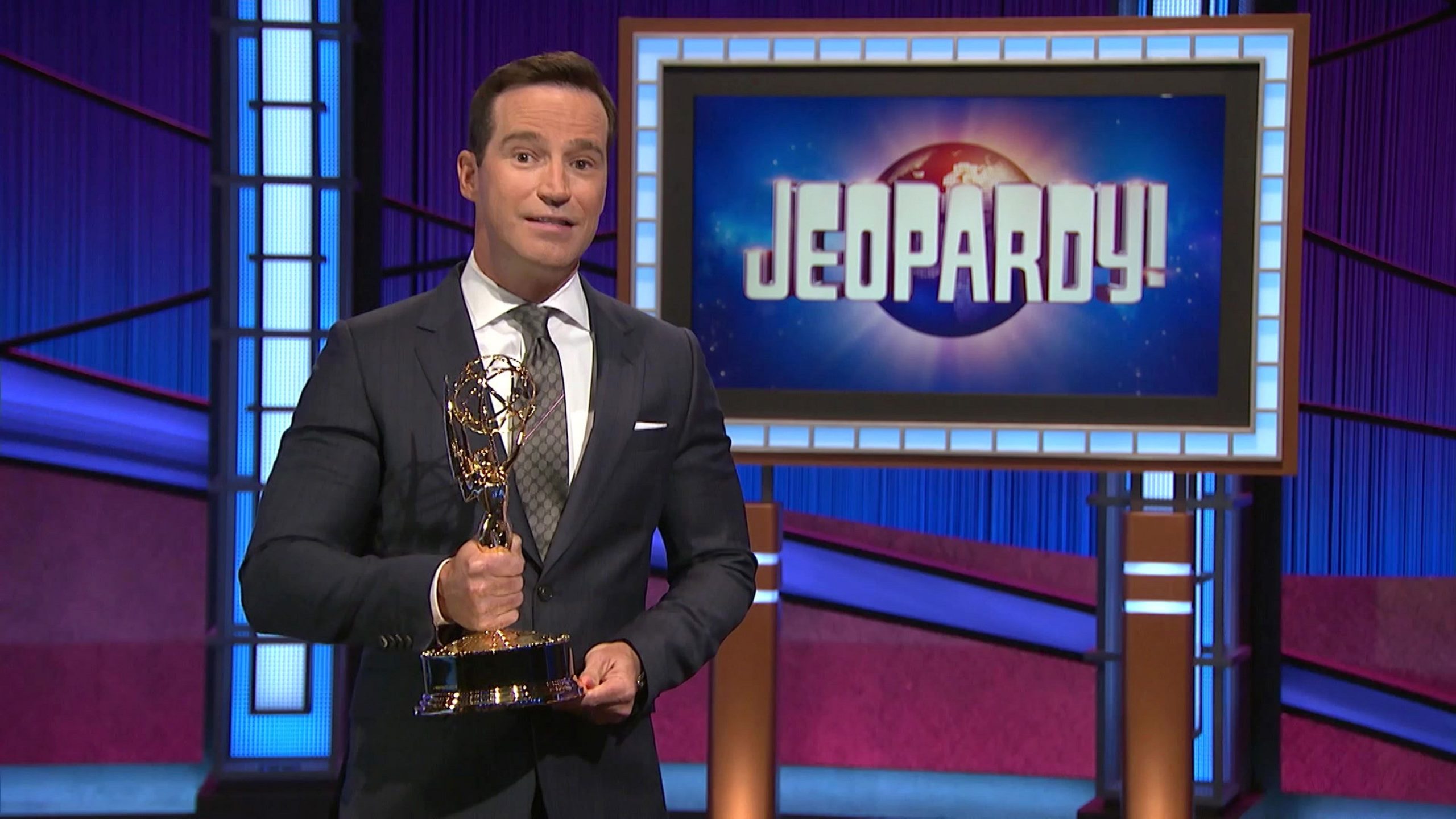 Mike Richards accepts the award for Outstanding Game Show for Jeopardy! during the 48th Annual Daytime Emmy Awards broadcast on June 25, 2021.Daytime Emmy Awards 2021 | Getty Images Entertainment | Getty ImagesMike Richards will no longer serve as executive producer of the “Jeopardy!” and “Wheel of Fortune” game show franchises, a Sony executive said in a memo to staff Tuesday.Michael Davies from Embassy Row, who executive produced “Who Wants to Be a Millionaire,” will join the production on an interim basis, the memo said.The news comes just over a week after Richards was ousted as the incoming host of the long-running trivia show after previous controversial comments he made resurfaced.The Ringer reported Richards made offensive comments about women, Jewish people and people with mental disabilities on a podcast he hosted from 2013 to 2014.Richards apologized for the “unwanted negative attention” that he brought to “Jeopardy!” when he announced his decision to step down from the hosting gig.”We had hoped that when Mike stepped down from the host position at ‘Jeopardy!’ it would have minimized the disruption and internal difficulties we have all experienced these last few weeks,” wrote Suzanne Prete, executive vice president of business and strategy for “Wheel of Fortune” and “Jeopardy!” “That clearly has not happened.”Richards first came under scrutiny last month when rumors circulated that he would be tapped to replace the late Alex Trebek. Among the scandalous reports was a discrimination lawsuit that was filed against CBS and FremantleMedia while Richards was an executive producer of “The Price is Right.” The suit claimed that the model was not invited back to the show after she took time off for her pregnancy. The case was ultimately settled, but Richards faced additional pregnancy discrimination claims beyond Cochran, which were not successful.Additionally, in the wake of the announcement that he would be the new “Jeopardy!” host many called into question Richards’ qualifications for the gig, as well as his influence over the process in selecting Trebek’s replacement.The Ringer reported that Richards, as the show’s EP, had control over almost every aspect of the most recent season of “Jeopardy!”, including giving direction to guest hosts, influencing the promotion of episodes of the show and picking which shows were sent to test groups for evaluation.Mayim Bialik, who in early August had been named the prime-time host for “Jeopardy!” specials, will be the show’s first daytime guest host following Richards’ departure.Read the full memo from Suzanne Prete:Dear Team, I’m writing to let you know that Mike will no longer be serving as EP of Wheel and Jeopardy! effective immediately. We had hoped that when Mike stepped down from the host position at Jeopardy! it would have minimized the disruption and internal difficulties we have all experienced these last few weeks. That clearly has not happened. Michael Davies from Embassy Row has agreed to help with production on an interim basis until further notice. Michael and I will work together with all of you in the weeks ahead to ensure that production remains on schedule and we do not miss a beat as we head into the new season. I know this has been a challenging time for the entire team, and I want to thank you all for your cooperation and professionalism over these last few weeks. As Ravi mentioned last week, I will be more involved in the day-to-day on our shows moving forward and I am looking forward to working closely with all of you. Please don’t hesitate to reach out if you need anything.  Sincerely,SuzanneThis is breaking news. Please check back for updates.

Vaccinated and unvaccinated travelers are going to different sets of Caribbean islands
Walmart aims to hire 20,000 supply chain employees as it ramps up for the holiday season
To Top
error: Content is protected !!
Top