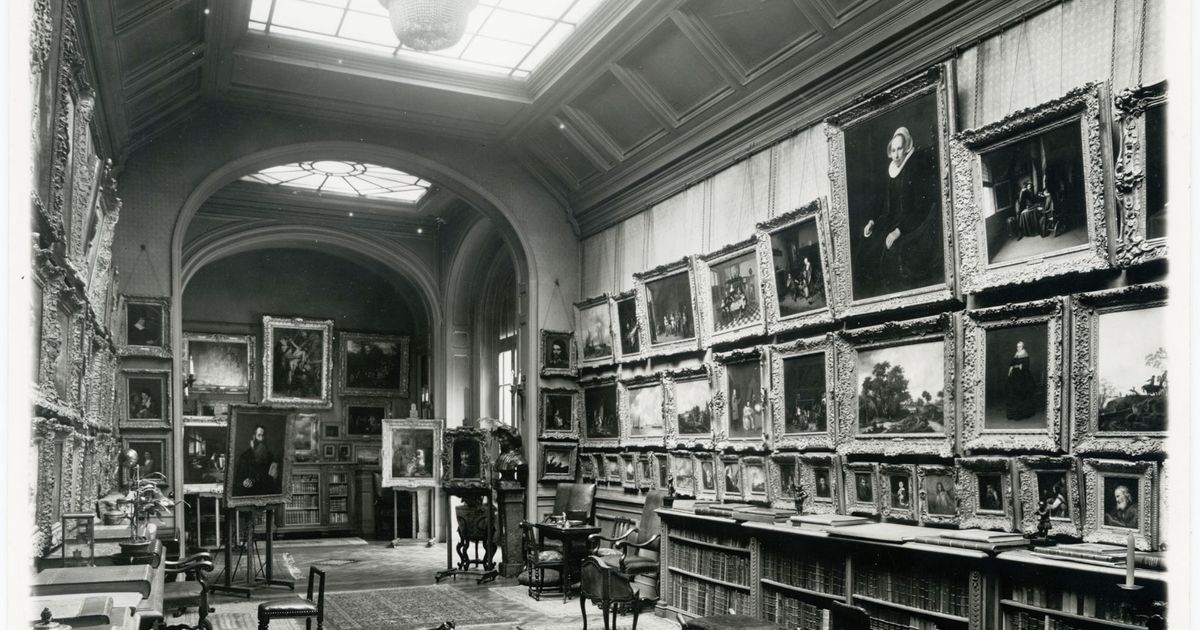 The interior of Adolphe Schloss’s mansion
Courtesy of the Museum of the Art and History of Judaism, Paris

A new database that aims to provide a comprehensive registry of all the Jewish collections looted by the Nazis has announced a pilot project focussing on the fate of the collection of Adolphe Schloss, whose store of Dutch Old Masters was seized by the Gestapo from the French chateau where they had been hidden for safekeeping. One third of the collection is still missing.The Jewish Digital Cultural Recovery Project, initiated by the Conference on Jewish Material Claims Against Germany and the Commission for Art Recovery, has received funding of €490,000 from the European Union’s Creative Europe programme. In addition to listing both missing and recovered art, it will explore the looting networks and the trade and digitise thousands of documents and photographs from archives.“It is really a revolutionary project to amass and build a comprehensive database of all cultural objects looted by the Nazis and their allies in order to show fully what was taken, from whom, by whom, and the fate of the objects,” says Wesley Fisher, a member of the executive board of the JDCRP.While there are already several databases of looted art in existence, none can claim to be fully comprehensive and not all are uniquely focussed on art plundered from Jews in the Nazi era. The JDCRP aims to differentiate itself by taking Jewish collections as its starting-point and using an event-based approach to trace the route the objects took, says the project manager Avishag Ben-Yosef. “We would like to introduce people to a different way of looking at objects and emphasize the different events, art dealers, collectors, family relations, etc. that drove the movement of the objects in the collection,” he says.The project aims to have an initial mock-up online by the end of June 2021. For more information, visit the Jewish Digital Cultural Recovery Project website.

A seven-mile underwater sculpture park is due to open in Miami Beach next December
Salon fair releases glossy, digitally enhanced publication instead of another online viewing platform
To Top
error: Content is protected !!
Top