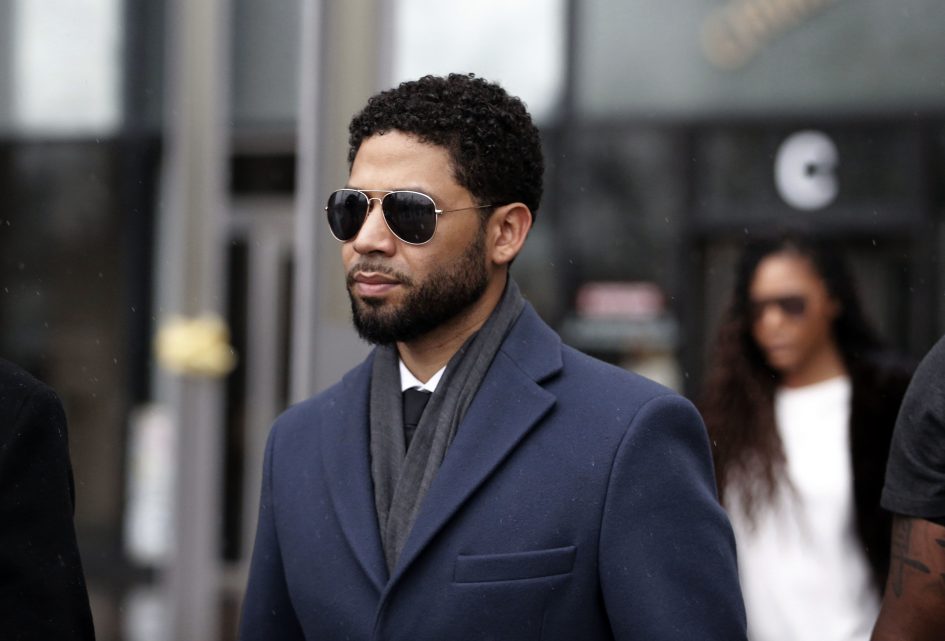 Actor Jussie Smollett leaves Leighton Criminal Courthouse after his court appearance on March 14, 2019 in Chicago, Illinois. Smollett stands accused of arranging a homophobic, racist attack against himself in an attempt to raise his profile because he was dissatisfied with his salary on the Fox television drama ‘Empire.’

A Cook County judge ordered on Thursday that the case file connected to actor Jussie Smollett be unsealed.

Judge Steven Watkins said that Smollett had “not shown good cause to rebut the public presumption of access,” according to a report on NBC Chicago.

It is not clear when the file will be made available to the public, however.

Natalie Spears, an attorney who represents around 15 news organizations, including the Chicago Tribune, argued that there was no cause for Smollett’s case to remain sealed because of how public he was during his initial court hearings.

Smollett’s attorney Brian Watson said the actor had a right to privacy.  He also noted that media had not been barred from covering the process of the case or from learning of any new developments and didn’t need the full record.

Smollett, who is black and gay, told police in January that he was attacked by two masked men as he was walking home around 2 a.m. The actor said the men beat him, shouted racist and homophobic comments, poured a chemical substance on him, looped a rope around his neck and then fled.

Two brothers, Ola and Abel Osundairo, were arrested in February for allegedly being connected to the attack, but later were released without charges. The Osundairos told police that Smollett wrote them a check for $3,500 to carry out the purported attack.

Initially, Chicago police investigated Smollett’s claim as a possible hate crime, however their inquiry shifted and they alleged in March that he orchestrated the attack himself because he was “dissatisfied with his salary.”

Smollett was arrested and accused of staging a phony hate crime against himself. The 16 counts of disorderly conduct were dismissed later that month in exchange for the actor agreeing to forfeit his $10,000 release bond.

Smollett, after the case was dropped, said, “I’ve been truthful and consistent on every level since day one.”

“I would not be my mother’s son if I was capable of even one drop of what I have been accused of,” he added, saying it had been “an incredibly difficult time.”

While “Empire” was renewed for a sixth season, Fox Entertainment and 20th Century Fox Television confirmed in April that Smollett would not be returning to the show.

“This is without a doubt a whitewash of justice,” Chicago Mayor Rahm Emanuel said after Smollett’s case was dismissed.