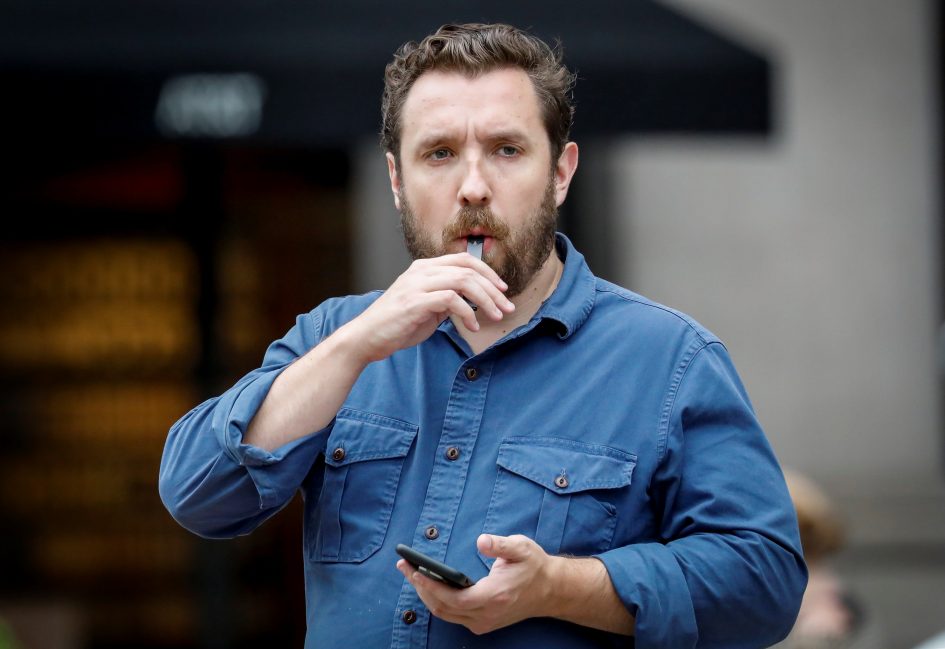 A man smokes a Juul e-cigarette in New York City,

E-cigarette giant Juul Labs is facing mounting scrutiny from state law enforcement officials, with the attorneys general in Illinois and the District of Columbia investigating how the company’s blockbuster vaping device became so popular with underage teens, The Associated Press has learned.

The company’s rapid rise to the top of the multi-billion dollar U.S. e-cigarette market has been accompanied by accusations from parents, politicians and public health advocates that Juul fueled a vaping craze among high schoolers. In addition to the ongoing inquiries in Illinois and the district, which had not been publicly disclosed before, four other state attorneys general are probing or suing Juul.

The company also is being investigated by members of Congress, federal health regulators and faces separate lawsuits from Juul users — both teens and adults.

Juul’s top executives have disputed allegations that they’ve marketed their products to teens, declaring that they’ve taken unprecedented steps to combat underage use of its e-cigarettes. The company has shut down its Facebook and Instagram pages and pulled several of its flavored products out of retail stores. Juul also backs federal legislation to raise the minimum age to purchase all tobacco products, including e-cigarettes, to 21 nationwide.

Juul spokesman Ted Kwong declined to answer specific questions about the investigations in an emailed statement but reiterated past company steps to prevent youth use. Juul announced Thursday that 50 retail chains have pledged to adopt the company’s age-verification system, which requires sellers to scan a customer’s ID before selling Juul products.

A senior Illinois law enforcement official described to AP a wide-ranging inquiry being conducted by the office of Illinois Attorney General Kwame Raoul that is centered on whether Juul violated state consumer fraud laws and other statutes by designing and marketing its products to appeal to underage teens. The official was not authorized to speak publicly and requested anonymity.

Marrisa Geller, a spokeswoman for District of Columbia Attorney General Karl Racine, confirmed in an emailed statement an investigation of Juul is underway. She said Racine is concerned about “the dramatic increase in the use of vaping products by district youth” as well as the policies and practices employed by e-cigarette manufacturers to prevent minors from using their products.