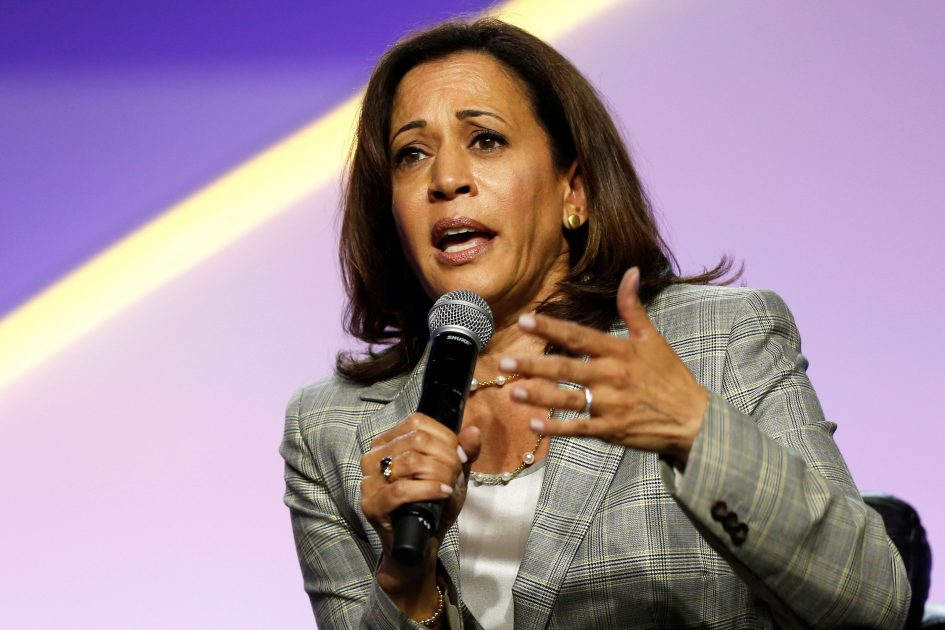 Sen. Kamala Harris released a health-care plan on Monday that will transition every American into her version of a “Medicare for All” system within 10 years.

The plan, which will allow private insurers to remain if they follow new rules, comes before the second Democratic debates in Detroit this week.

The plan does not go as far or as fast as the one proposed by Sen. Bernie Sanders, which Harris has co-sponsored in the Senate. But it positions Harris to the left of moderate front-runner Joe Biden, a former vice president, by guaranteeing coverage to all Americans. And it clears up the California senator’s previously muddled position on the role for private insurance.

Read more: Here are the top business issues in the second 2020 Democratic debate

Harris’ plan also rules out a tax on the middle class that Sanders has said could be an option to finance his proposal. Sanders has proposed a 4% income-based premium on households earning more than $29,000 as one way to fund his plan. Harris’ plan raises the earnings threshold to $100,000. Both senators have also proposed new taxes on stock, bond and derivatives transactions.

“Medicare works. It’s popular. Seniors transition into it every day, and people keep their doctors and get care at a lower cost. Let’s not lose sight that we have a Medicare system that’s already working,” Harris wrote in the plan, which was posted to the blogging platform Medium. “Now, let’s expand it to all Americans and give everyone access to comprehensive health care.”

The Biden campaign released a statement later on Monday that slammed Harris’s proposal as a “have-it-every-which-way approach” that backtracked on her previous support of the Sanders plan. Despite Harris’s claims, the plan would require a “large tax increase” on the middle class, the campaign said.

Sanders’ campaign manager Faiz Shakir said in a statement that “you can’t call this plan Medicare for All.”

“Folding to the interests of the health insurance industry is both bad policy and bad politics. This plan is centered around privatizing Medicare, enriching insurance executives and introducing more corporate greed and profiteering into the Medicare system,” Shakir said.

Harris wrote that her plan will provide new benefits that are not currently covered by Medicare, the government program that provides health insurance to Americans 65 and older.

Individuals will have the opportunity to buy into Medicare immediately. Other parts of the plan will be incorporated during a 10-year transition period.

In that period, newborns and the uninsured will be automatically enrolled, while “employers, employees, the underinsured, and others on federally-designated programs, such as Medicaid or the Affordable Care Act exchanges” will transition.

Kate Bedingfield, a Biden campaign spokesperson, said in a statement that the approach “pushes the extremely challenging implementation of the Medicare for All part of this plan ten years into the future, meaning it would not occur on the watch of even a two-term administration.”

Harris has expressed mixed views about the role of private insurers. In January, Harris told CNN, referring to private insurance, “let’s eliminate all that, ” though her campaign staff said afterward she supported multiple paths to Medicare for All. During the first Democratic debates in June, Harris indicated again that she favored abolishing private insurance. She later said she misunderstood the question.

Private insurance will not be eliminated under the plan proposed Monday, though it will have to adhere to “strict” requirements on costs and benefits.

“Medicare will set the rules of the road for these plans, including price and quality, and private insurance companies will play by those rules, not the other way around,” she wrote.

About a third of Medicare enrollees already get their insurance from a private provider that contracts with Medicare under a program called Medicare Advantage.

“Essentially, we would allow private insurance to offer a plan in the Medicare system, but they will be subject to strict requirements to ensure it lowers costs and expands services,” Harris wrote. “If they want to play by our rules, they can be in the system. If not, they have to get out.”

“Senator Harris’s plan balances idealism and pragmatism,” Andy Slavitt, former acting administrator of the Centers for Medicare and Medicaid Services, said in a statement provided by the Harris campaign. “It says in effect: we have a mandate to get everyone affordable health care and put people over profits — but we don’t need to tear down the things people have and they like in order to do it.”

Republicans immediately opposed the plan. In a statement, Republican National Committee spokesman Steve Guest said that “unicorns and magic wands would be required” for Harris’ agenda to work.

“Kamala Harris is simultaneously attempting to appease the radical left with a government takeover of health care while pulling the wool over the eyes of the American people by saying that they can keep their private health insurance plans while not seeing a tax increase,” Guest said.