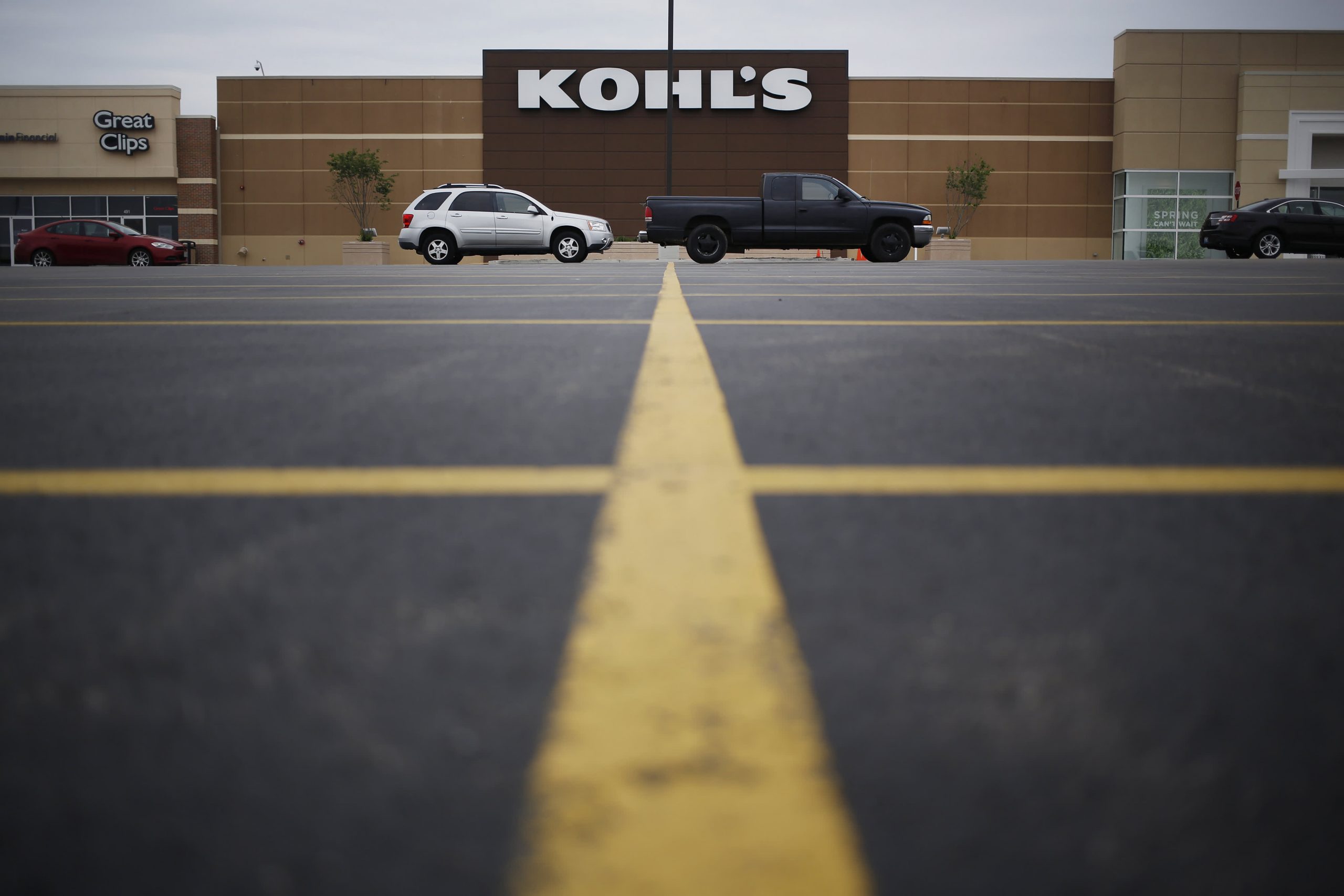 Vehicles sit parked in front of a Kohl’s department store in Ashland, Ky.Luke Sharrett | Bloomberg | Getty ImagesKohl’s on Thursday reported first-quarter earnings and sales that topped analysts’ estimates, and raised its outlook for the full year, as it lapped a period a year earlier when its shops were forced to shut due to the pandemic.Chief Executive Michelle Gass said momentum built throughout the quarter, especially in Kohl’s stores, where the retailer has been investing in new brands and refreshing displays in activewear, women’s apparel and beauty.Its stock fell nearly 5% in premarket trading.Here’s how the company did for the quarter ended May 1, compared with what analysts were anticipating, based on a Refinitiv survey:Earnings per share: $1.05 adjusted vs. 4 cents expectedRevenue: $3.89 billion vs. $3.48 billion expectedKohl’s net income climbed to $14 million, or 9 cents per share, from a loss of $541 million, or $3.52 per share, a year earlier. Excluding one-time adjustments, the company earned $1.05 per share, outpacing expectations for 4 cents, based on a Refinitiv survey.Revenue soared nearly 70% to $3.89 billion from $2.43 billion a year earlier. That beat expectations for $3.48 billion.The company said its store sales more than doubled during the quarter, while digital sales rose 14% year over year. It didn’t break out same-store sales figures.Kohl’s expects full-year adjusted earnings per share to be between $3.80 and $4.20, up from a prior range of $2.45 to $2.95.Net sales are estimated to rise in the mid-to-high teens percentage range, compared with a previous expectation of a mid-teens percentage jump.Analysts had been looking for adjusted earnings of $3.15 per share, with sales rising 19.3% for the year, according to Refinitiv.Find the earnings press release from Kohl’s here.This story is developing. Please check back for updates.