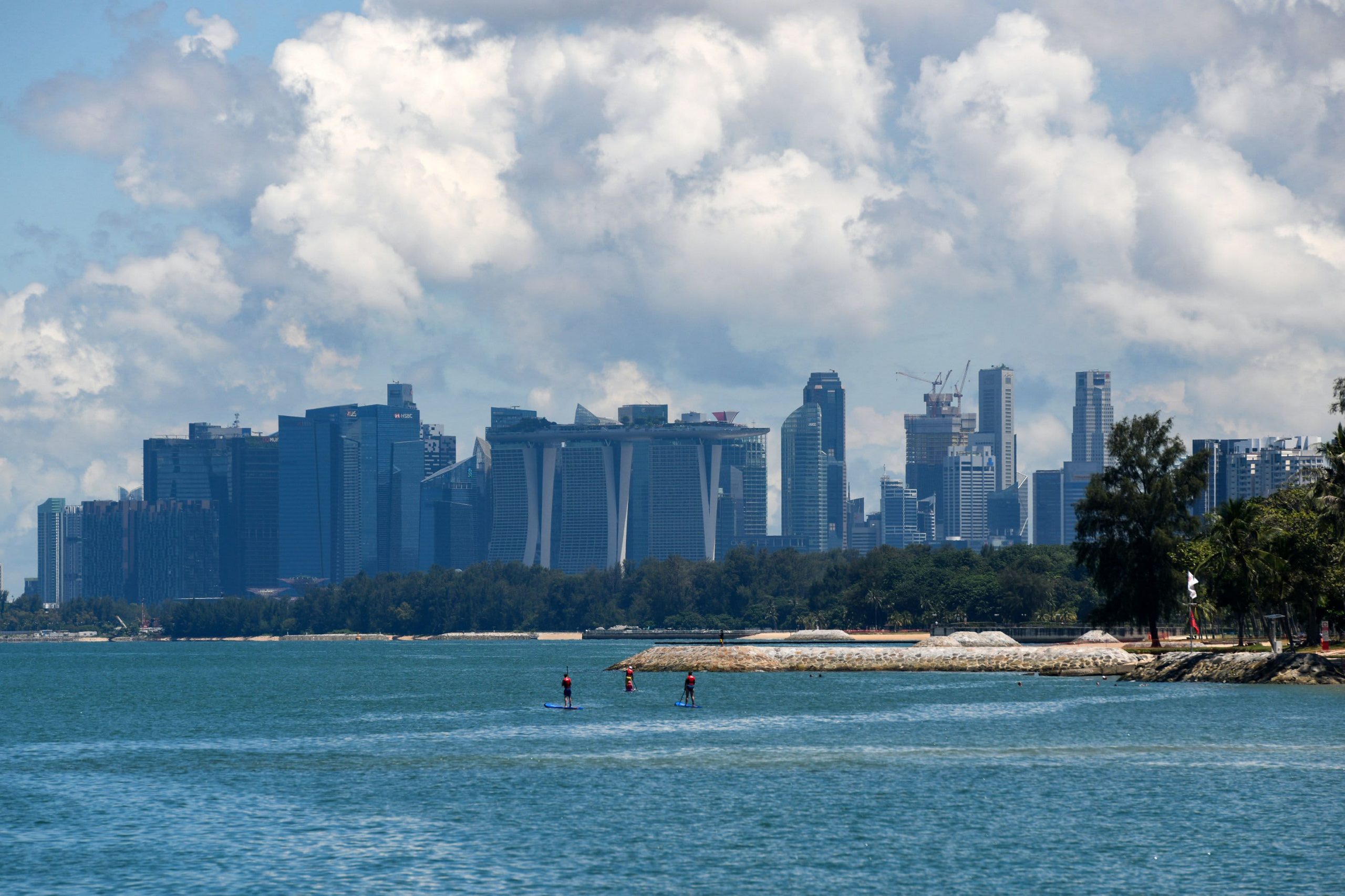 SINGAPORE — Singapore faces twin challenges from climate change and is looking to a new coastal protection plan to preserve the island’s most at-risk shores, the country’s environment minister said.”Our twin challenges are coastal floods … (and) extreme rainstorms that could cause more intense inland flooding. So we need a system that can help us manage both,” said Grace Fu, minister for sustainability and the environment.The project, launched Tuesday by Singapore’s national water agency PUB, will collate science and data on how best to mitigate and adapt to coastal damage before creating a roadmap of action, Fu told CNBC’s “Squawk Box Asia” Wednesday.Singapore, a small Southeast Asian city-state smaller than New York City, has been working for years to preserve its coastline from sea level rise and other environmental damage.Much of the country lies just 15 meters above the mean sea level, with about 30% of the country less than 5 meters above the mean sea level. That has prompted authorities to implement a minimum land reclamation level of 4 meters — a figure that would likely rise soon to 5 meters, said Fu.”We want to understand the impact of all these climatic scenarios on our environment, on the level of sea water, and also on the tidal differences that’s coming our way,” she said.The first region to be covered under the plan will be some 57.8 km of coastline spanning Singapore’s Greater South Waterfront — which includes the city’s central business district, the East Coast and Changi, home to Singapore’s Changi Airport.The skyline of financial and business center is seen in the background as people paddle surf along the East Coast Park beach in Singapore on July 17, 2020.Roslan Rahman | AFP | Getty ImagesSingapore’s new coastal protection strategy will offer private developers the chance to help redesign its future, Fu said.The study is launching with a $5 billion fund, and will be undertaken by a private-led consortium comprising Singaporean and Dutch consultancies over the next four years. That process will, in turn, open the door for other private companies to offer environmentally friendly solutions, Fu said.”For the investments the government is making, I’m sure the private sector will be able to benefit in the construction and providing the engineering solutions,” she said.”Developers along the way will have some idea of the plan that we are going with,” she said. “So when they build infrastructure, when they build buildings, when they build offices or they build recreation facilities, they will have to build with this science, these data, these assumptions in mind.”The project comes amid increasing efforts to reduce the impact of climate change across the globe.