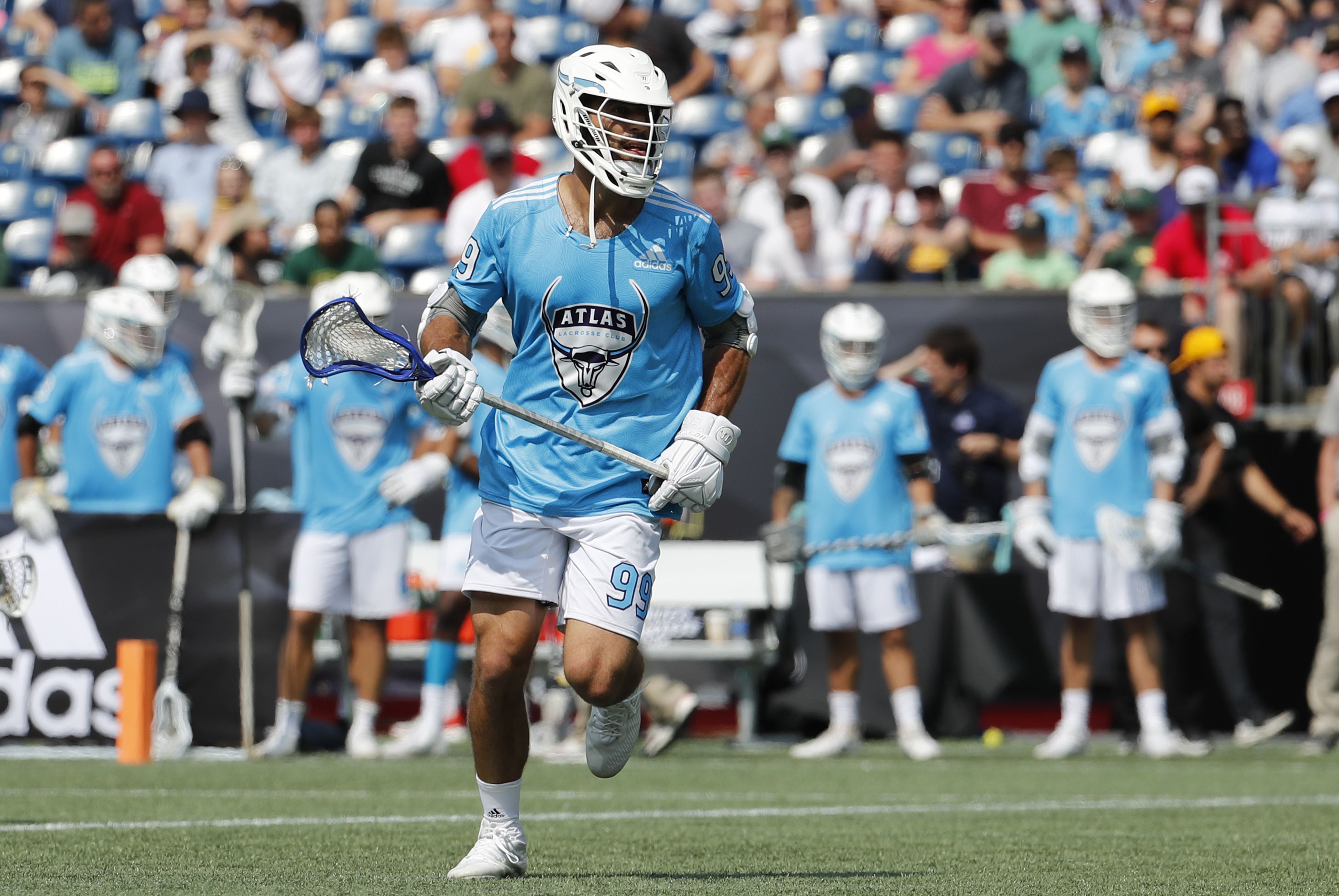 After 11 seasons playing professionally for Major League Lacrosse, Paul Rabil said he thought there was a better way forward.

Lacrosse has become one of the fastest-growing team sports over the last 15 years, at a time when other sports are declining in participation.

Rabil, one of the biggest stars in lacrosse, was inspired to take action with his brother, Mike, a former football star at Dartmouth College, to create the Premier Lacrosse League. Mike now serves as the league’s CEO. Rabil wants to change the “customer experience” for fans, increase player pay and take advantage of social media and new distribution methods to help grow the league.

“A lot of people are having conversations around the professional game and the upside of the industry,” he says. “In the long term, there will only be one winner.”

Paul Rabil said he is busier than ever – pulling 16- and 18-hour days as he is both a player for the Atlas team, along with his duties as league co-founder. He has been working on creating the league’s business model, recruiting top players, even partnering with NBC Sports on valuable television rights.

“If we can do what David Stern in the NBA did in the 1980s or what Dana White and the Fertitta brothers did more recently to MMA with UFC in the 2000’s … then we can turn a traditionally bottom-up sport and unlock meaningful revenue, commercial viability and viewership, in line with a lot of the core sports we have grown to love,” said Rabil.

PLL has a tour-based model, with six teams all traveling to the same cities each weekend across the country. The league runs from June to September, starting off in Boston last weekend and New York City this weekend. Rabil secured funding from top-name investors including the Chernin Group, Creative Artists Agency and investment bank Raine Group.

One priority Rabil focused on was attracting top talent to the PLL. To do this, he had to convince investors to build a business model that increased player salaries from their competitor league. The average player salary in MLL was $8,000 last year. In PLL this year, it’s $35,000. In addition to the salary, players are offered health-care benefits and stock options in the league, which is a first for any pro sports league.

Being an athlete and an executive have a lot of crossover skills, Rabil said, and the roles have gone very well together so far.

“I’m curious, I’m hungry … we work really hard. You have to be in sports, it’s hypercompetitive,” he said.

Fresh off playing the league’s first week at Gillette Stadium outside Boston, the head coach of the New England Patriots was on hand to check out the action. Rabil said he looks to one of football’s winningest coaches as a mentor and friend.

“I think what I’ve learned from Bill is he has endless curiosity and that’s why he has such an amazing amalgam of relationships … he’s looking to see how he can pool and improve best practices, even from different industries, into the Patriots.”

Rabil said he plans to leverage a lot of what he’s learned from Belichick with his own league to improve their overall product.

Disclosure: Comcast is the parent of NBCUniversal, which owns both NBC Sports and CNBC.

Trump’s pick to head FAA held up by whistleblower lawsuit
Beyond Meat says it can supply any fast-food chain amid rival’s shortage
To Top
error: Content is protected !!
Top