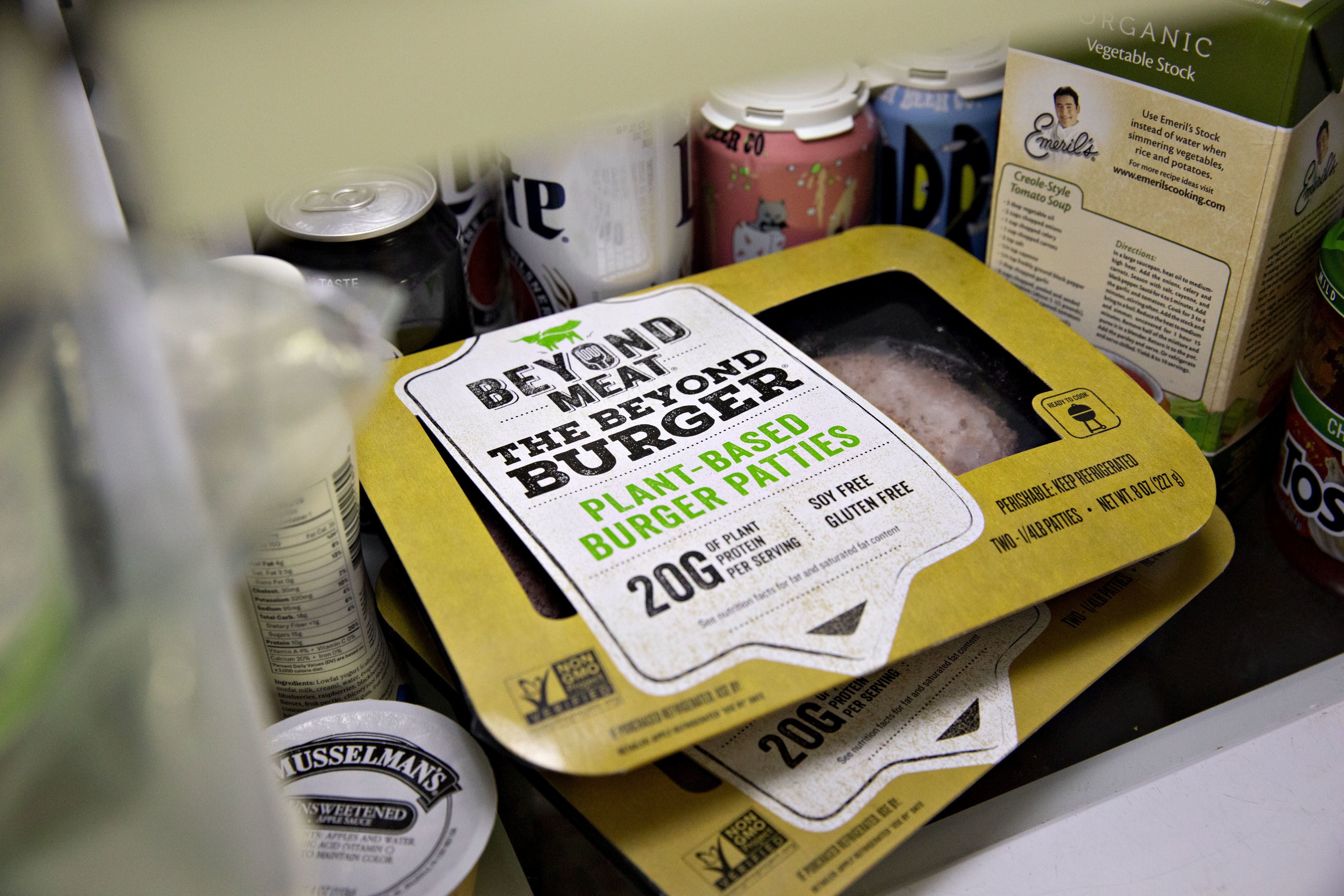 Packages of Beyond Meat plant-based burger patties are displayed for a photograph in Tiskilwa, Illinois, April 23, 2019.

As rival Impossible Foods deals with supply shortages of its plant-based burgers, Beyond Meat said Thursday that it has the capacity to take on any restaurant chain.

“I don’t see any material obstacle, and I don’t see any manufacturing obstacle to being able to, in the appropriate amount of time and the right structure, take on many of the largest QSRs out there,” CEO Ethan Brown told analysts on the company’s first earnings conference call.

McDonald’s has been under pressure from consumers to add a vegan burger to its menu after many of its fast-food rivals have already done so. But adding a plant-based meat substitute would involve finding a supplier that could meet demand for its roughly 14,000 U.S. locations.

Burger King is rolling out a Whopper made with Impossible Foods’ plant-based burger to its 7,200 U.S. stores this year, after it saw robust demand in a test market. However, Impossible has also been struggling to catch up with soaring demand despite adding employees and shifts to its manufacturing facility. Impossible did not immediately respond to a request for comment from CNBC.

Beyond tackled its own supply issues in 2017 and 2018. Brown said the company believes it has the capacity to handle demand for the next two years.

“I don’t see anyone out there that would break our system, provided that we do it in a way that has the cadence and a plan to grow into their broadest points of distribution,” he said.

McDonald’s executives have said that they are waiting to see how a plant-based meat alternative drives customer traffic, given how the menu addition would increase complexity in the kitchen, which can translate to slower service.

Shares of Beyond Meat soared as much as 23% in after-hours trading Thursday after the company reported quarterly results for the first time since it went public. Beyond reported net sales of $40.2 million, up 215% from a year ago, and a net loss of 14 cents per share on a pro forma basis.

The company is expecting revenue to climb above $210 million in 2019, more than double last year’s net sales.