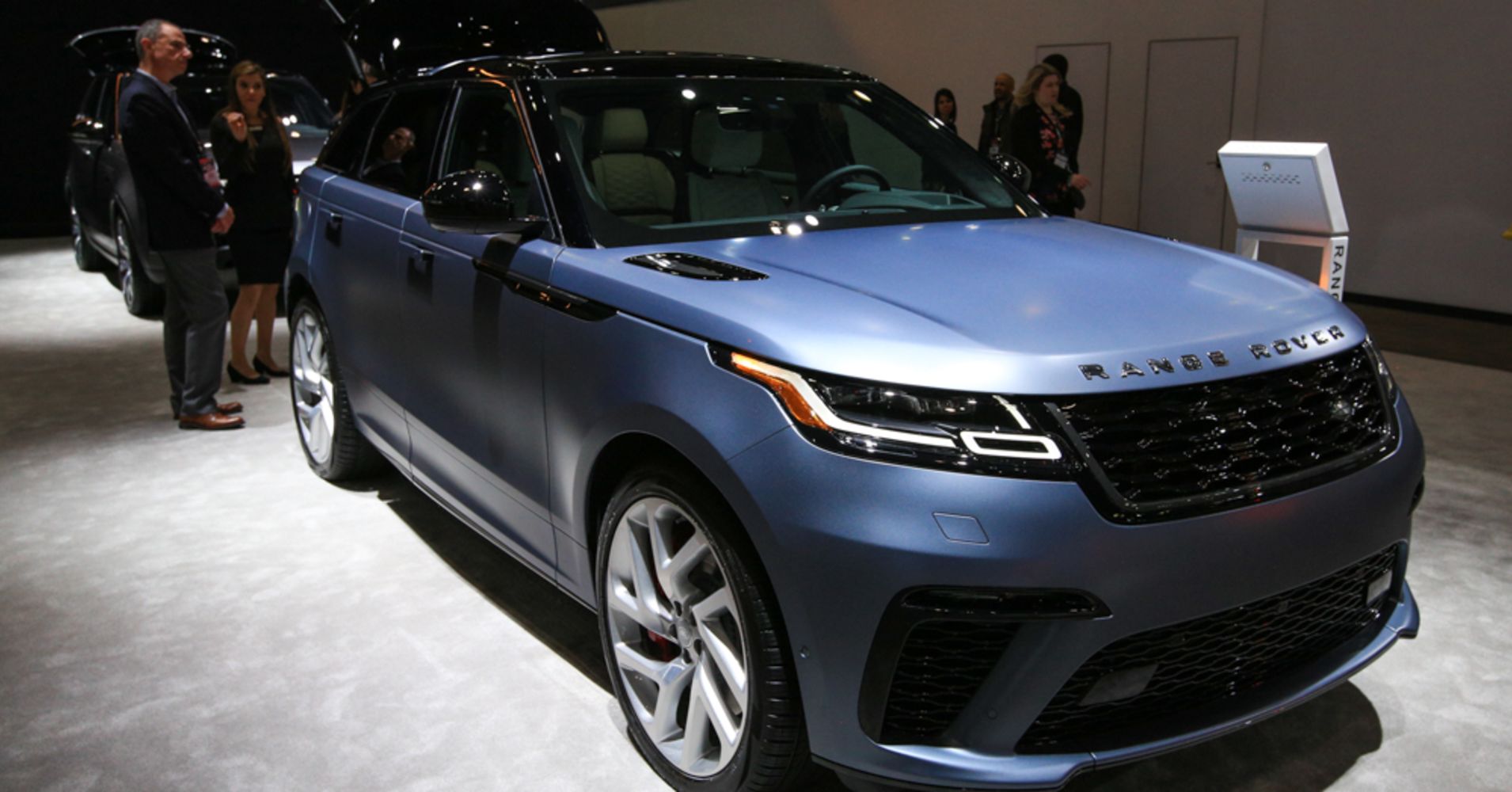 The Velar itself joined the brand’s lineup for the 2018 model-year. Reviewers have called it one of the most handsome SUVs on the road, with cats-eye headlamps framing its bold grille. Velar’s fastback silhouette is topped by a steeply raked roofline. And there’s plenty of glass, including a panoramic top, from which you can watch the world roll by. Inside, it may not be quite as plush as the flagship Range Rover — and yes, Land Rover names can get confusing – but Velar’s cabin is about the most modern among the members of this British SUV family, with plenty of high-line features, including heated and cooled leather seats and a sophisticated infotainment system.

The “base” version of Velar is no slouch, with a 247-horsepower gas engine or 180 diesel option. Buyers can step up to a 380-horsepower supercharged V-6 able to move the utility vehicle from 0 to 60 in a mere 5.3 seconds.

But for those wanting the ultimate level of performance, the Land Rover Range Rover Velar SVAutobiography Dynamic Edition bumps that up to 550 horsepower and 502 pound-feet of torque using the brand’s most powerful and sophisticated powertrain. Power is channeled through a performance-tuned all-wheel-drive system that can direct as much as 100% of its power to the back wheels.

Zoom CEO Eric Yuan, worth $3 billion after IPO: profile
The banana industry is under threat because of Panama disease
To Top
error: Content is protected !!
Top