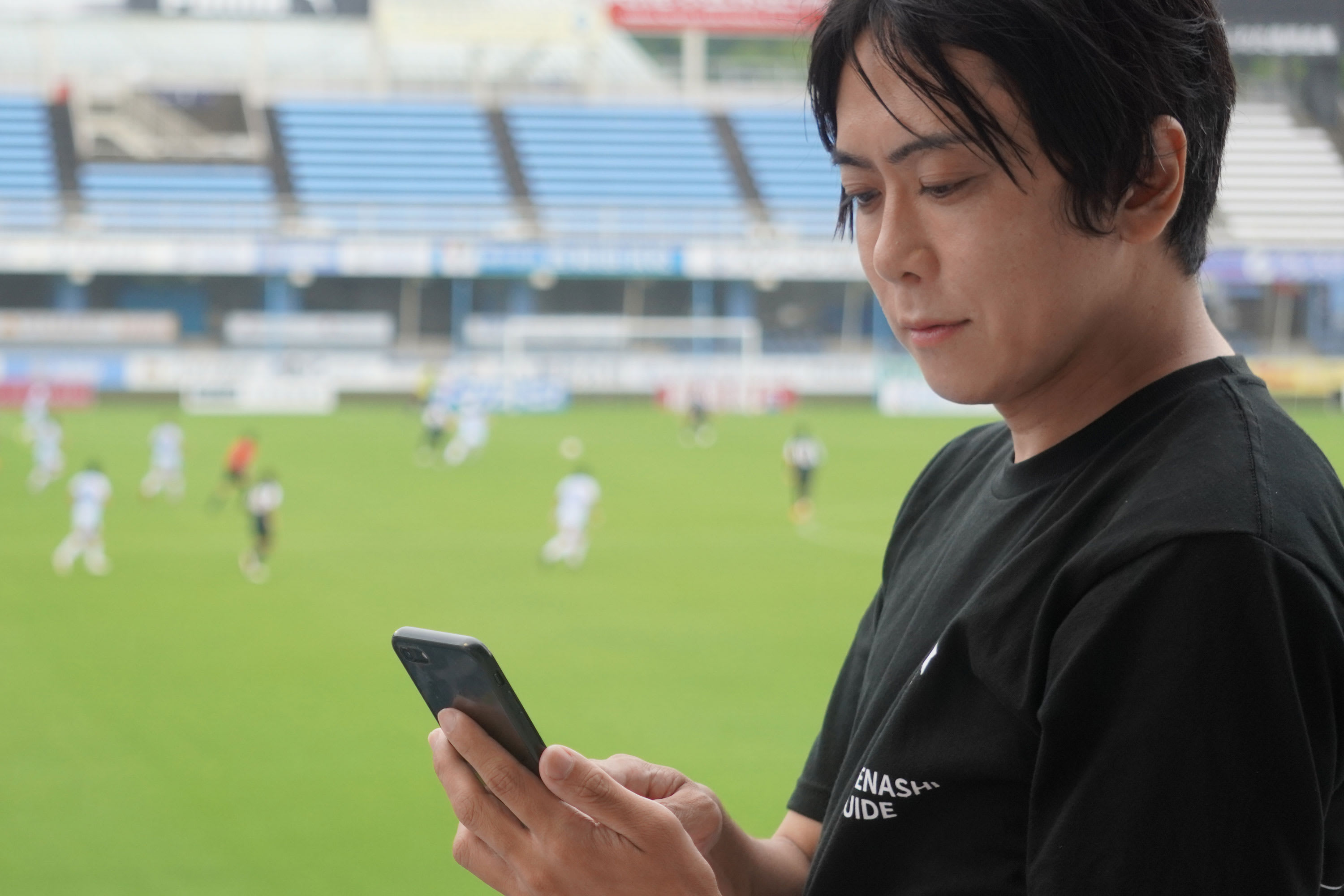 Remote Cheerer used for Chiba Lotte Marines game in JapanSource: YamahaCheering for your favorite sports team may soon be as easy as tapping an app.Yamaha Corporation is testing out a new technology that would allow fans to vocalize support during live games through an app. As fans watch a broadcast of a game, they can push a button to cheer, applaud or start a chant. The audio would be piped into a stadium’s existing speaker systems. Yamaha said each button will have a different variation of a real person’s recorded voice.”This actually has two benefits,” Yuki Seto, the project lead, told CNBC through a translator. “For the fans, of course, being able to cheer. … And the players know that people are still watching and the support is genuine and not just generated noise.”The software, still in the patent process, was first developed to allow hospital patients, the elderly and those with other commitments to give feedback on events from afar. The company has since seen the coronavirus pandemic as a new opportunity, as sports resume with few or no fans in the stands. Yamaha is currently testing its remote fan capabilities with 26 professional soccer clubs and a few baseball clubs in Japan and hoping that in the new reality of social distancing, it brings some sense of normalcy.Yuki Seto is the leader of the project and is working with 26 football teams in Japan to test Yamaha’s remote cheering system.Source: YamahaIn June, the project got its first test during a public match on television. The results were overwhelming, as 65,000 users tapped 1.9 million times, Seto said. “We had Twitter blow up a bit with this,” he said. “We were trending.” Over 29 matches, Seto said 300,000 users have participated in remote cheering with 18 million taps of support.The company says players told them they liked feeling the presence of fans and it kept them motivated throughout the game.”At one point during the system field test, I closed my eyes and it felt like the cheering fans were right there in the stadium with me. That’s when I knew that this system had the potential to cheer players on even in a stadium of this size,” Keisuke Matsubayashi, a member of Ogasayama Sports Park, said in a statement. Yamaha even claims that teams’ winning percentages are going up as a result of the noise. According to OptaJoe, the win rate for home teams in the Bundesliga was at 43.3% before the coronavirus pandemic, dropping to 16.6% when stadiums became empty.​ A spokesperson for Yamaha said similar numbers were observed in Japan and that when the remote cheering technology was used at 29 football and baseball matches, as of July 7, the win rate rose to 51.7%.  If you’re wondering if you can “boo” or make other unique noises, Yamaha said it is up to each team to decide on its capabilities.While the technology is currently being tested only in Japan, the NBA may one day be a client. The company said it has met with U.S. basketball clubs who were interested in learning about how it could be beneficial to them.According to KPMG sports industry leader Shawn Quill, remote cheering systems are the latest example of companies leveraging sports fans’ desire to participate in the live sports experience, even when they can’t attend games in person. “COVID-19 has created conditions that are further accelerating innovation and technology adoption in the sports industry,” he said. Yamaha said that until coronavirus is under control, they will continue their trials. Once the situation is better controlled, they will work with the sports industry to find a profitable business model.Fans can cheer for their teams using their smartphones and it will project the noise into the stadium.Source: Yamaha