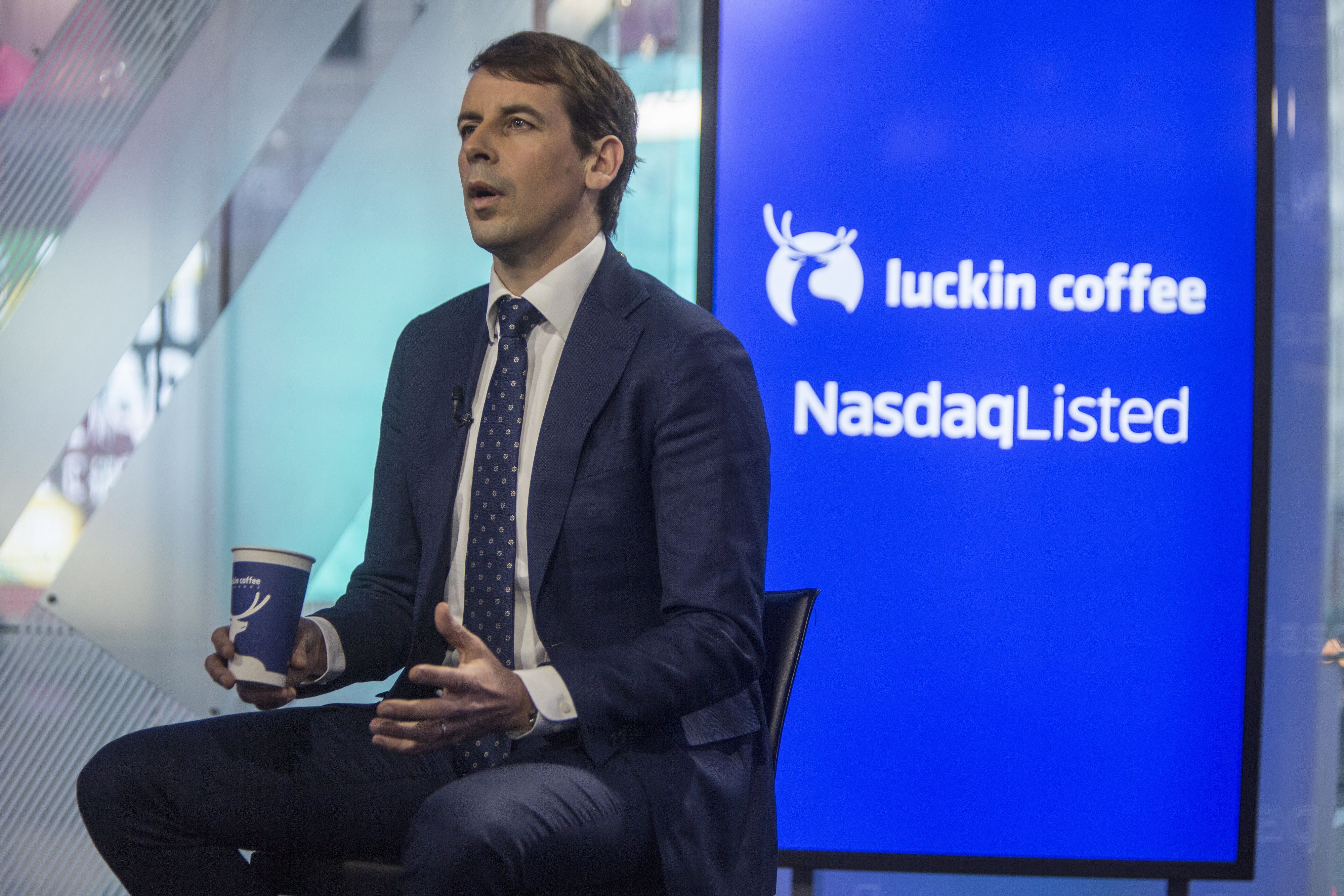 The Chinese company’s opening trade was $25 per share. It is trading on the Nasdaq under the symbol “LK.”

On Thursday night, Luckin priced its initial public offering at $17 per share, for an implied market value of roughly $4 billion. The Beijing-based chain also boosted its IPO to 33 million shares, 3 million more than initially planned. Its IPO price is on the high end of its expected range of $15 to $17 per share.

Luckin is trying to overtake Starbucks as the biggest coffee chain in China. Since it was founded less than two years ago, it has opened 2,370 stores and plans to add 2,500 this year alone. Roughly 90% of its stores are smaller format stores designed for easy pick-up and proximity to its customers, in contrast to Starbucks’ larger and more homey stores.

“We have done what most people do in 15 or 20 years,” Luckin CFO Reinout Schakel said on CNBC’s “Squawk Box ” ahead of the company’s Nasdaq debut.

This year, Starbucks is celebrating its twentieth anniversary in China.

Coffee sales in China are expected to reach $8.2 billion this year, growing annually by 11.3% over the next five years, according to Statista. But tea still remains the top drink for Chinese consumers. Luckin is also trying to reach tea drinkers with trendy beverages, like fruit teas topped with cream cheese.

Luckin has also tried to attract new customers by discounting its drinks, a strategy that Starbucks CEO Kevin Johnson has said is not sustainable. But investors may disagree.

In 2018, the chain reported net sales of $125.3 million and a net loss of $241.3 million. Shareholders will want to see the company become profitable eventually. The $561 million Luckin raised through the IPO will help fund new stores, customer acquisition, tech investments and other general corporate purposes.

Luckin is the latest company to make its debut on the stock market this year. While ride-hailing giants Uber and Lyft have had rocky entries into the public market, others like Beyond Meat have seen shares soar.

How ‘Game of Thrones’ blazed a trail for TV over the last decade
Walmart unveils plans for its new home office in Bentonville
To Top
error: Content is protected !!
Top