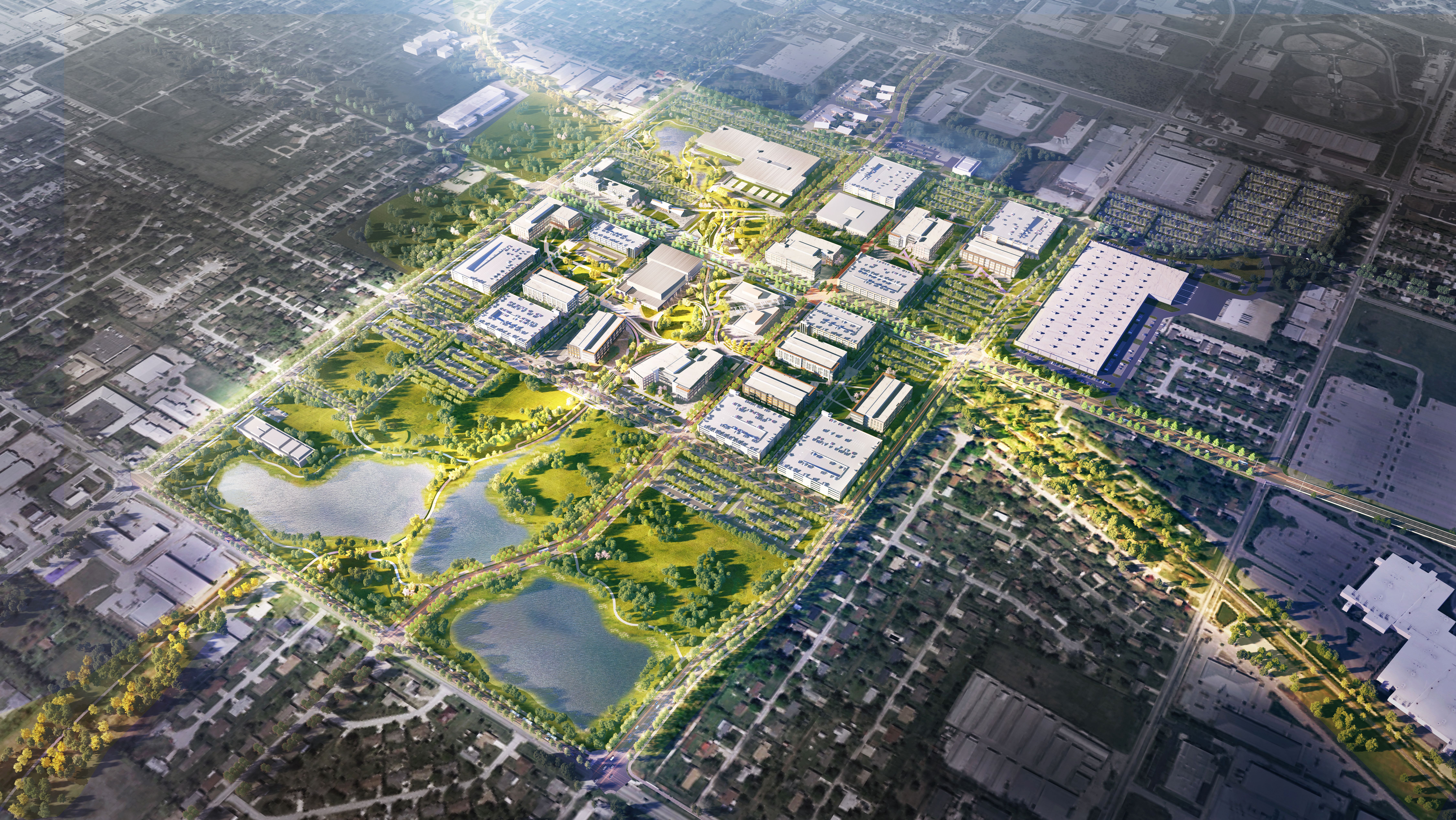 Walmart is getting new digs.

The biggest retailer in the world, headquartered in Bentonville, Arkansas, is one step closer to moving into a new home office for more than 14,000 people, which will be outfitted with fitness centers for employees and their families, a child-care facility, more diverse dining options like food trucks, trails for hiking and biking, and tons of windows — yes, more windows. Walmart’s current home office is notorious for lacking natural light.

Walmart’s existing headquarters, built in 1971, is made up of more than 20 buildings scattered around the corner of Southwest Eighth Street and Walton Boulevard in Bentonville. The new space will be built along J Street, the company said when it first revealed its plans to move, in September 2017.

Walmart on Friday released a blog post with more details about the new office and photos offering a first look at the facilities, which will span more than 300 acres. Demolition of the existing buildings on that land is expected to start this summer, and construction of the new campus will begin over the next two years, with workers moving in phases, the company said.

Walmart said the goal of getting into more modern facilities with an open floor plan — and better food, parking and fitness options — is to “attract the next generation of talent.” That’s as Amazon — arguably Walmart’s biggest rival in retail today — is embarking on opening a new headquarters in Virginia and another office space in Tennessee. (Amazon, which has its main headquarters in Seattle, was planning an office in New York City, but that fell through thanks to plenty of local opposition.)

For Walmart, though, the company didn’t think about leaving its roots behind in Bentonville, Dan Bartlett, executive vice president of Walmart’s corporate affairs team, said Thursday on a call with members of the media.

“This was not a hard decision for us to keep our home office in northwest Arkansas. … We are a part of this community,” he said. Walmart has been able to establish a presence in other cities across the U.S. through its acquisitions, like when it bought Jet.com, giving Walmart an office in Hoboken, New Jersey.

“Arkansas has been good to us, and there’s nowhere else we’d rather call home,” CEO Doug McMillon said.

Walmart’s big move follows McDonald’s opening a $250 million headquarters in Chicago’s West Loop last year. The fast-food chain’s CEO, Steve Easterbrook, sits on Walmart’s board, and Bartlett said Walmart has taken some inspiration from that design, as well as from visits to other corporate offices such as Apple’s and Deloitte’s, and from college campuses.

The company hasn’t announced the lead architect for this project. It also hasn’t disclosed a price tag for the move. But Bartlett said it will fall into Walmart’s “typical annual budgeting process” and that the company”feels good” about the capital it has on hand to pursue this. Since the move is happening in phases, the expenses will be spread over the span of a few years, not hitting on a particular quarter all at once.

Walmart also is still deciding what will become of its current home office once everyone has moved out of those buildings. Bartlett said it’s likely those buildings will be demolished, but the company will work with city and state leaders to turn the area into something the surrounding community can use.

“I think [our founder] Sam Walton himself would say: ‘Don’t conflict history with what needs to be done in the future,'” he said. “We are a company that is aggressively on the move as we continue to shape … the future of retail.”

Here’s a glimpse of what Walmart’s new home office will look like.

Walmart says it’s working with the local community to open up as much green space to nearby residents as possible.

This is includes adding a trail through the campus for hiking and biking.

It plans to plant thousands of trees to welcome Bentonville’s wildlife.

Inside, the new buildings will be constructed with open floor plans to encourage collaboration.

Walmart says it will invest in solar panels and energy-efficient lighting and HVAC systems to be environmentally friendly.

Ultimately, Walmart hopes the amenities at its new campus will help it attract younger workers to Bentonville.