Marijuana use among boomers jumps as seniors seek pot for treatments 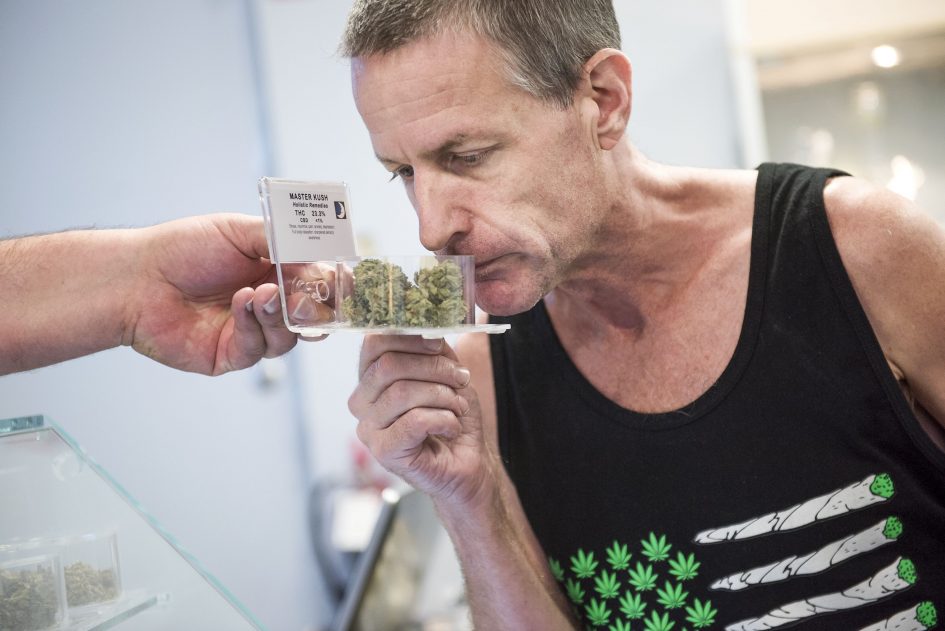 Marijuana use among seniors in the U.S. rose tenfold over a decade as more baby boomers use it to treat a range of ailments, including pain, anxiety and depression, according to a University of Colorado study.

As more states legalize medical and recreational cannabis, the number of older Americans using the drug is expected to rise, said Dr. Hillary Lum, assistant professor at the University of Colorado School of Medicine and co-author of a study published last month in the journal Drugs and Aging that examined pot use among Americans over age 60.

Lum’s research team surveyed 136 people over age 60 at Colorado senior centers, health clinics and cannabis dispensaries in 2017. Many study participants said they had problems accessing medical cannabis, adding that there was a lack of education among physicians when it comes to treating ailments with marijuana. Some of the study’s participants didn’t ask their doctors about it because of the stigma.

The participants said doctors should work to learn more about medical marijuana, including dosage, method of usage and potential benefits or risks older adults face when using the drug. Some told the researchers their primary care doctors were either unable or unwilling to approve a medical marijuana card, which would allow them to purchase the drug at a medical dispensary.

Many study participants said they chose to instead purchase their marijuana from recreational dispensaries, which often cost more, because of a reluctance to ask their doctors for a medical marijuana card or because they would have to leave their health insurance network to find another provider that would give them a card.

The University of Colorado study comes as a number of researchers look into the impact marijuana may have on certain health issues, including obsessive compulsive disorder, cancer and ADHD. However, Lum said there’s still research that needs to be done on cannabis as a medical treatment.

More than 100 study participants mentioned the access process and barriers to getting a medical marijuana card. Lum said to increase physician awareness about medical cannabis, there needs to be more research done on the risks, benefits and challenges of marijuana use in older adults, “especially those who may be on other medications that could have interactions or other health conditions that could have interactions with their marijuana use.”

Once that research has been completed, Lum said, the evidence can be brought to practice, and health care providers will be more comfortable having discussions about medical cannabis.

“I feel doctors may not want to worsen stigma, but instead want to have really trust-based decisions and discussions, and that takes time and training,” Lum said.