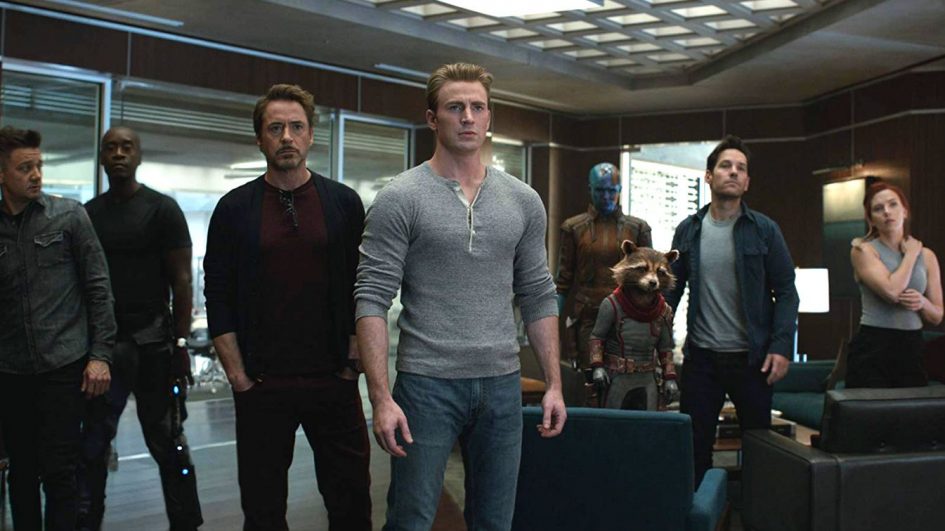 With “Spider-Man: Far From Home,” Phase 3 of the Marvel Cinematic Universe came to a close. Since the film debuted in early July, fans have been clamoring to know what is next for their favorite superheros and which characters Marvel will pluck from the comics next.

On Saturday, Disney’s Marvel Studios announced its upcoming slate to a crowd of thousands of cheering fans in Hall H at San Diego Comic-Con.

Marvel head Kevin Feige divulged a number of projects, films and televisions shows (on Disney’s new streaming service Disney+), that will be coming over the course of the next few years.

Here is what is coming in Phase 4:

We may finally find out what really happened in Budapest.

“I don’t think I could have played this iteration of Natasha 10 years ago,” Scarlet Johansson said during the panel. “I get to play Natasha as a fully-realized woman…I’m excited for fans to see the flawed side of her, and I’m looking to wipe out some of that red in my ledger.”

The film has only been shooting for about a month, but Marvel shared some footage from principal photography. It appears that Taskmaster, who can mirror any fight move used against him, will be a featured villain in the film.

Others in the cast are Florence Pugh as Yelena Belova, a “sister,” of sorts to Natasha; David Harbour as Alexi and Rachel Weisz as O-T Fagbenle. The film is being directed by Cate Shortland.

“Eternals” is “entirely new and entirely different,” Feige said during the panel. The film will revolve around a group of immortals that have been on earth for thousands of years.

“Through their journey, we really get to explore what it means to be human,” director Chloe Zhao said.

“The Falcon and The Winter Soldier”

Captain America passed on his shield in “Avengers: Endgame.” Sam Wilson, the Falcon, will now take on the mantle with Bucky Barnes, the Winter Soldier, at his side.

In previous films, Bucky and Sam have had a bit of a contentious relationship, but over time the pair have managed to overcome their differences and work together.

The show, which has been teased as a “spy thriller,” will likely take place post-“Endgame.”

“Shang-Chi: And the Legend of the Ten Rings”

Simu Liu has been cast as Shang-Chi in Marvel’s film “Shang-Chi: And the Legend of the Ten Rings.”

Liu said he was “screen tested on Sunday, [and] was cast on Tuesday.”

It had long be speculated that Marvel was gearing up to produce a Shang-Chi film. In the comics, the titular character is the son of a Chinese mastermind who has, on multiple occasions, attempted to conquer the world. Shang-Chi grows up learning to master martial arts and believes his father to be a humanitarian. However, those notions quickly unravel when he discovers his father’s true nature.

The film will be directed by Destin Daniel Cretton and written by Dave Callaham. Tony Leung is set to play Mandarin (no, not the fake version in “Iron Man 3”) and Awkwafina has an undisclosed role in the production.

The show takes place after “Endgame” and characters like Monica Rambeau and her daughter from “Captain Marvel” will appear.

Tom Hiddleston took the stage on Saturday to deafening chants.

“He’s still that guy [from “The Avengers “],” the actor said of his mischievous character. “Just about the last thing that happened to him was he got Hulk-smashed. There’s a lot of psychological evolution that is yet to happen…I cannot wait to get started.”

The show will explore what happens to Loki after his disappearing act in “Endgame,” in which he has absconded with the Tesseract.

“Doctor Strange in the Multiverse of Madness”

“Just because Quentin Beck makes up lies about the multiverse doesn’t mean it’s not real,” Feige said before announcing that “Doctor Strange 2” would be called “Doctor Strange in the Multiverse of Madness.”

Director Scott Derrickson said the sequel will be the first “scary” film in the Marvel Cinematic Universe.

“I’m really excited to be at the dawn of this project and I think it’s vital to maintain the humor from the first film, with this twist of horror that I think will really have people gripped,” Benedict Cumberbatch, who plays the sorcerer said. “We’re going back to trying to destroy him a little bit.”

An animated series called “What If” will be available on Disney+ in the summer of 2021. It will explore hypothetical questions like: what would have happened if Peggy Carter had been given the super serum instead of Steve Rogers?

The tables have turned for Clint Barton, aka Hawkeye, in the wake of “Endgame.”

He’s done some things as the persona Ronin — a vigilante taking down criminals around the world during the five years after the “snap” — that he can’t erase. And that is something he will have to deal with going forward.

Feige said that the series will definitely focus on Hawkeye’s time as Ronin, but also bring in Kate Bishop, a beloved character from the comics, as his protege.

Bishop is a character most associated with the Young Avengers, a group of teenage and young adult heroes. She comes under Barton’s tutelage in the comics, although their relationship is, at times, contentious.

“There’s nothing more powerful in the world than love,” director Taika Waititi said.

The series will be based on “The Mighty Thor” comic books, which introduced a female Thor. Natalie Portman’s Jane Foster will be returning. The actress took the stage with hammer in hand, waving it high.

“I didn’t even have time to talk about the Fantastic Four,” he added, the crowd roaring with excitement. “And there’s no time left to talk about mutants and how mutants come into the MCU.”

But there was one thing Feige had left to talk about before closing out the panel. Mahershala Ali arrived on stage wearing a black cap with the word “Blade” on it.

No information was given about the project, but it appears that Ali will be playing the role of the vampire-hunting vampire once made famous by Wesley Snipes.