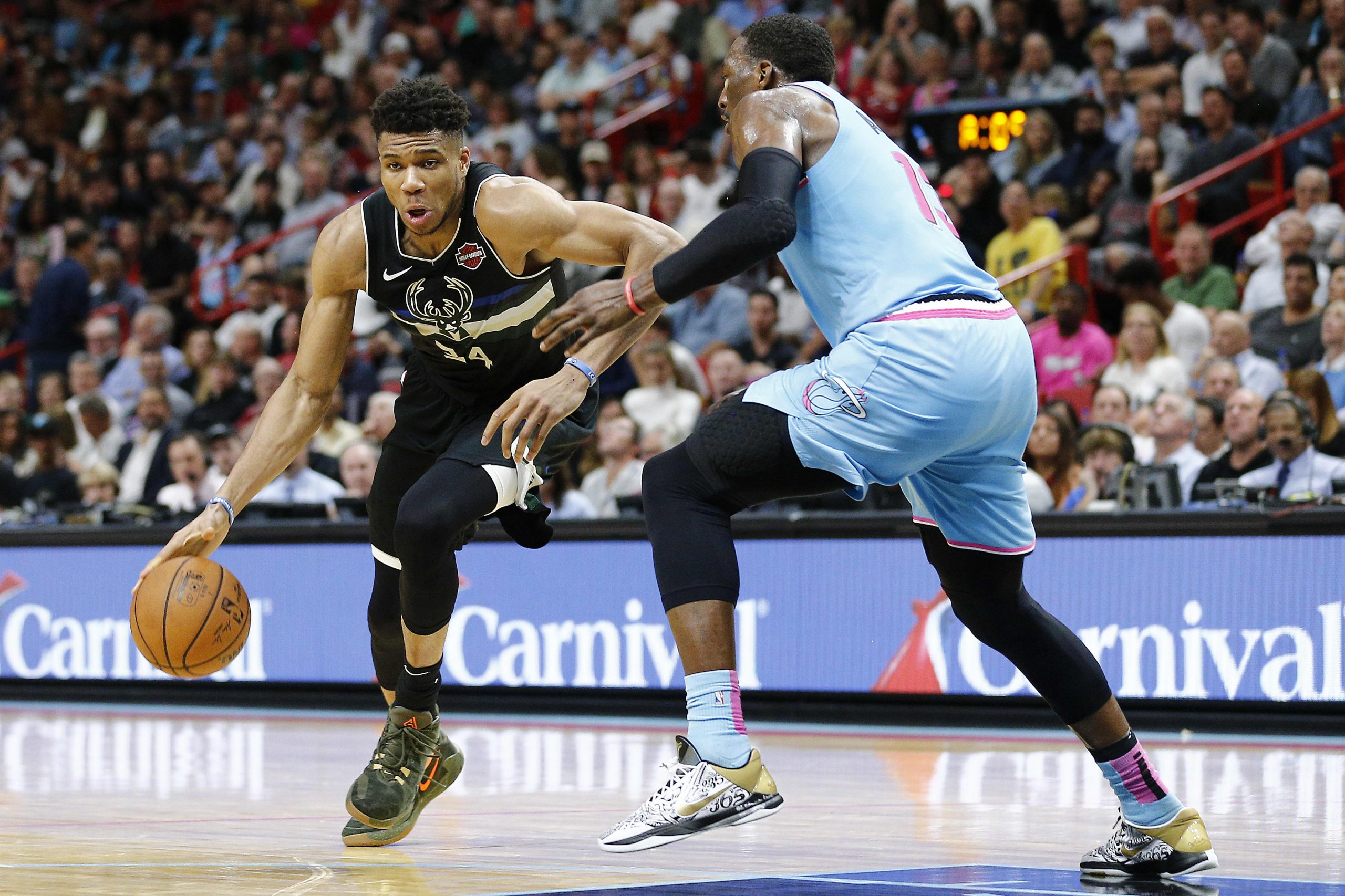 Giannis Antetokounmpo of the Milwaukee BucksGregory Shamus | Getty ImagesThe Milwaukee Bucks credited a boost in merchandise sales to Giannis Antetokounmpo.Just moments after the National Basketball Association’s reigning MVP posted on his Instagram account that he’s staying with the team until at least 2026, the “Giannis effect” went into overdrive, especially around a critical asset.In the first 18 hours since Antetokounmpo’s move, the Bucks said they saw 1.3 million video views on social media channels and an 186% increase in online merchandise orders. The team added 85% of its retail sales came in after he posted about the move on Twitter and 55% of the items purchased were Antetokounmpo merchandise, according to the Bucks.Perhaps the most significant impact on team business due to Antetokounmpo’s decision came at the negotiating table surrounding its jersey patch.”The phone calls started both ways,” said Matt Pazaras, the Bucks’ chief business development and strategy officer. In an interview with CNBC on Thursday, Pazaras said the Bucks’ transaction “has created a lot of activity” around its patch. The team patch deal with Harley-Davidson expired after last season.In November, Peter Feigin, president of both the Bucks and the team’s arena, Fiserv Forum, told CNBC the team was close to securing a new sponsor for the patch, which he expected to be done this month.But after Antetokounmpo agreed to a five-year, $225 million extension with the Bucks on Tuesday, labeled the NBA’s supermax contract, Pazaras said demand to sponsor the new patch has increased and the team is back to soliciting sponsorship offers.Before the extension, Pazaras said potential sponsors were in “wait and see” mode about signing a long-term patch deal with the team, fearing the value wouldn’t be there if Antetokounmpo bolted for free agency in 2021.”Our message was the same message that (general manager) Jon Horst was putting out. ‘We feel good about Giannis, and it would be a good time to do the deal because afterward there would be a lot more interest,” Pazaras said. “The feeling I got was, people would rather pay the premium knowing Giannis was locked in than take the chance with us in case he doesn’t re-sign.”The NBA generated roughly $150 million in extra revenue from its patch program, which was introduced for the 2017-18 season.Pazaras didn’t discuss specifics around the value of the Bucks’ patch, but veteran marketing executive Tony Ponturo estimated that some patch assets are a “$5 million opportunity right now” and that it’s a buyer’s market as companies navigate the Covid-19 pandemic.But the Bucks, co-owned by Avenue Capital CEO and chairman Marc Lasry, will exceed that asking price with Antetokounmpo locked in long-term.LeBron James of Team LeBron and Giannis Antetokounmpo of Team Giannis pose for a photo after the 2019 NBA All-Star GameNathaniel S. ButlerInternational star powerSponsors sometimes pay big money to get their logos on a jersey.The Stephen Curry-led Golden State Warriors have a roughly $20 million annual agreement with Japanese e-commerce company Rakuten.The Los Angeles Lakers’ estimated $12 to $14 million per year patch should see an increase with LeBron James now on the roster, and the Brooklyn Nets should also see more weight around their new patch deal with Motorola  (last valued at $8 million per year) with the return of Kevin Durant.The Bucks will likely command $10 million to $15 million with Antetokounmpo now secure. The team is once again featured on the NBA’s Christmas Day lineup this year playing the Warriors, and expect that national TV trend to continue with the international star.The Bucks hired Chicago-based research and evaluation firm Navigate, which tracks the effectiveness of their patch impressions to provide data to sponsors. Pazaras said partners seek national viewership and brand presence on social media accounts outside of team channels. The postseason generates even more revenue.”That’s one of the key metrics that we show, the value that it has once you go further in the playoffs,” said Pazaras of the global reach the NBA playoffs provide.The Bucks will likely structure their new deal to include bonuses that companies will pay for postseason presence. Pazaras labeled it “round-by-round media valuations,” and said it’s “become common to have playoff bonuses in the deal for each round.” More NBA teams are constructing agreements where sponsors pay more for the patch as the teams advance.Pazaras said the team has roughly 30 companies eyeing the Bucks’ patch and five companies are in “serious conversations.”The patch deal could also include in-arena signage options, but NBA team presidents are banking on the newly installed international marketing to help increase value, too.Teams can now designate up to three corporate partners to leverage their intellectual property freely outside of the U.S. and Canada. Again, it’s here the “Giannis effect” will assist the team, as his global appeal is among the top in the league.”He’s gotten so big that it’s all of Europe and especially Asia,” Pazaras said. “The Philippines are a massive market for us. Giannis has become a global icon. He’s gotten so big.”Giannis always brags about how he was the best salesperson in Greece,” added Pazaras. “And so now, we’re trying to make him the best salesperson on the Bucks. He helped us on Tuesday. I can tell you that.”

Covid vaccinations for the general public ‘won’t be chaos,’ assures Walgreens executive
The U.K. has identified a new Covid-19 strain that spreads more quickly. Here’s what they know
To Top
error: Content is protected !!
Top