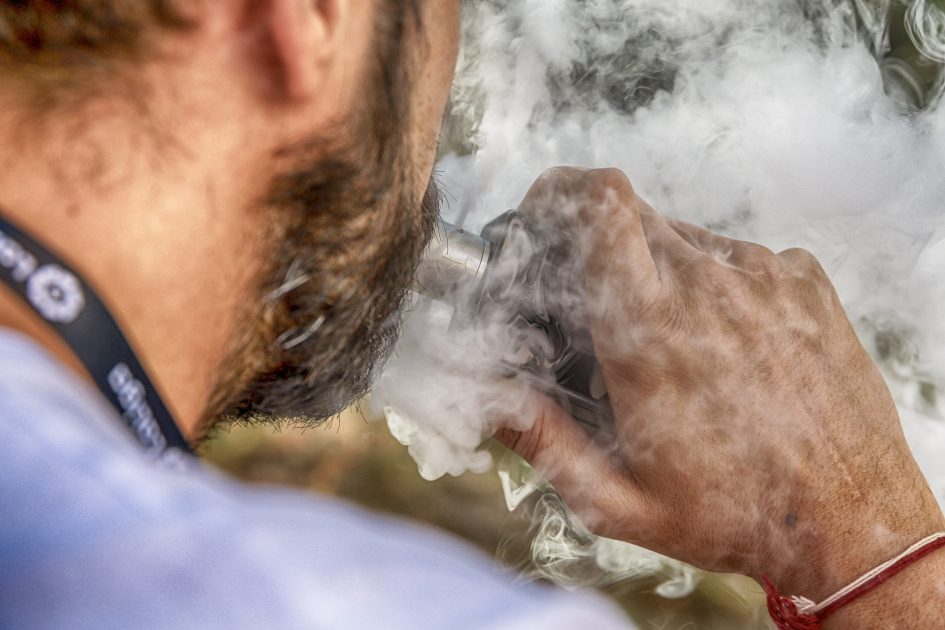 A man vaping an e-cigarette on September 06, 2019 in Madrid, Spain. (Photo by Ricardo Rubio/Europa Press via Getty Images)Ricardo Rubio | Europa Press | Getty ImagesAnother person has died from a vaping-related lung disease, Missouri health officials said Thursday, bringing the death toll to eight as U.S. health officials scramble to figure out what’s causing the illness that has sickened 530 people.The Missouri man was in his 40s, state officials said in a press release announcing the death. He died this week at Mercy Hospital in St. Louis.His lungs were unable to provide enough gas exchange, leading to heart failure and near cardiac arrest, officials said. He later died from acute respiratory distress syndrome.”This is an unfortunate case of a young man with no prior lung illness who started vaping because of chronic pain issues,” said Dr. Michael Plisco, Mercy critical care pulmonologist. “He started out with shortness of breath and it rapidly progressed and deteriorated, developing into what is called acute respiratory distress syndrome (ARDS). Once the lungs are injured by vaping, we don’t know how quickly it worsens and if it depends on other risk factors.”More than half of the total 530 patients have been under the age of 25, Centers for Disease Control and Prevention officials said Thursday. A smaller fraction, 17% of the total, were over the age of 35.WATCH: Vaping regulation could drive combustible tobacco, says analyst