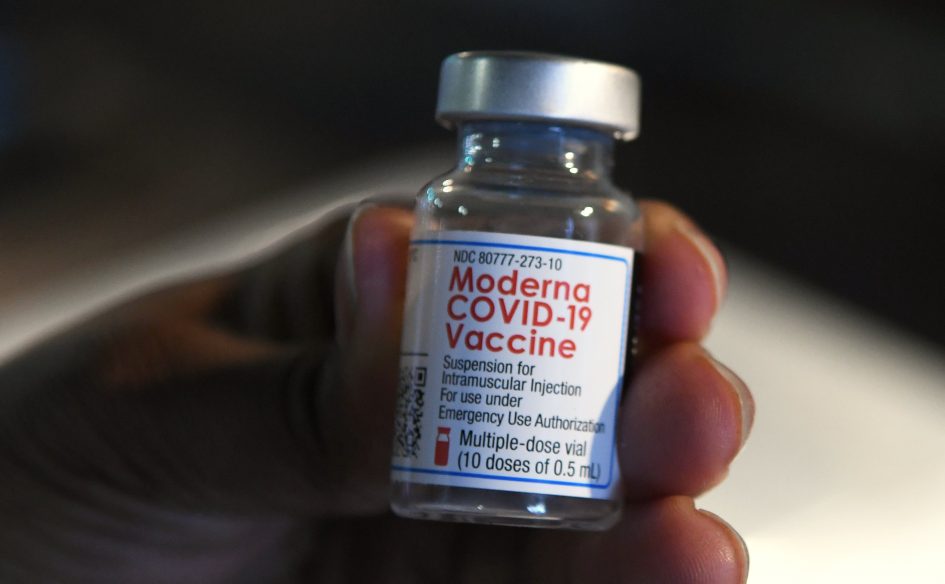 A medical worker holds a Moderna COVID-19 vaccine vial on the first day that Orange County residents 65 and older are able to be vaccinated at a drive through site at the Orange County Convention Center on December 29, 2020 in Orlando, Florida.Paul Hennessy | NurPhoto | Getty ImagesModerna is increasing its Covid-19 vaccine production this year, upping the minimum number of doses it expects to make by 20% to 600 million, the company announced Monday.The company said it’s working to produce up to 1 billion doses of its Covid-19 vaccine this year. The U.S. is on track to secure 100 million doses of Moderna’s vaccine by the end of March and additional 100 million by June, the Massachusetts-based company said in a statement.The U.S. Food and Drug Administration granted Moderna’s Covid-19 vaccine emergency authorization for people 18 and older the United States in December and has started the drug’s initial roll-out.The federal government has agreed to buy 200 million doses of Moderna’s vaccine with the option to secure an additional 300 million doses, the company said.Moderna’s Covid-19 vaccine, which uses new mRNA technology and requires two doses given four weeks apart, has also been authorized for use in Canada for people 18 and older. The company has agreed to supply Canada with 40 million doses of its vaccine with the option to provide an additional 16 million.”Our effectiveness in providing early supply to the U.S. and Canadian governments and our ability to increase baseline production estimates for 2021 are both signals that our scale up of mRNA vaccine production is a success,” Moderna’s chief of technical operations Juan Andres said in a statement.The U.S. government under the Trump administration’s Operation Warp Speed said it would distribute just under 6 million doses of Moderna’s vaccine following the FDA’s emergency use authorization.The nation’s vaccine rollout has been slower than officials initially planned. So far the U.S. has distributed just over 13 million vaccine doses but has only administered 4.2 million “shots in arms,” according to data last updated on Saturday from the U.S. Centers for Disease Control and Prevention. Officials aimed to vaccinate 20 million people with Pfizer and Moderna’s two-dose Covid-19 vaccines by the end of December.Health and Human Services Secretary Alex Azar defended the operation’s vaccine distribution on ABC’s “Good Morning America” Monday. He said there’s been a lag between when the doses are first made available, ordered by the states and then delivered, which has all been slowed by the holidays.However, the U.S. has seen a “rapid uptake” in the vaccine over the last few days, Azar said.”What we said our goal was, was actually to have 20 million first doses available in the month of December. Those are available,” Azar said. It’s unclear what Azar meant when he said the doses are “available” since just 13 million were distributed across America as of Saturday morning.