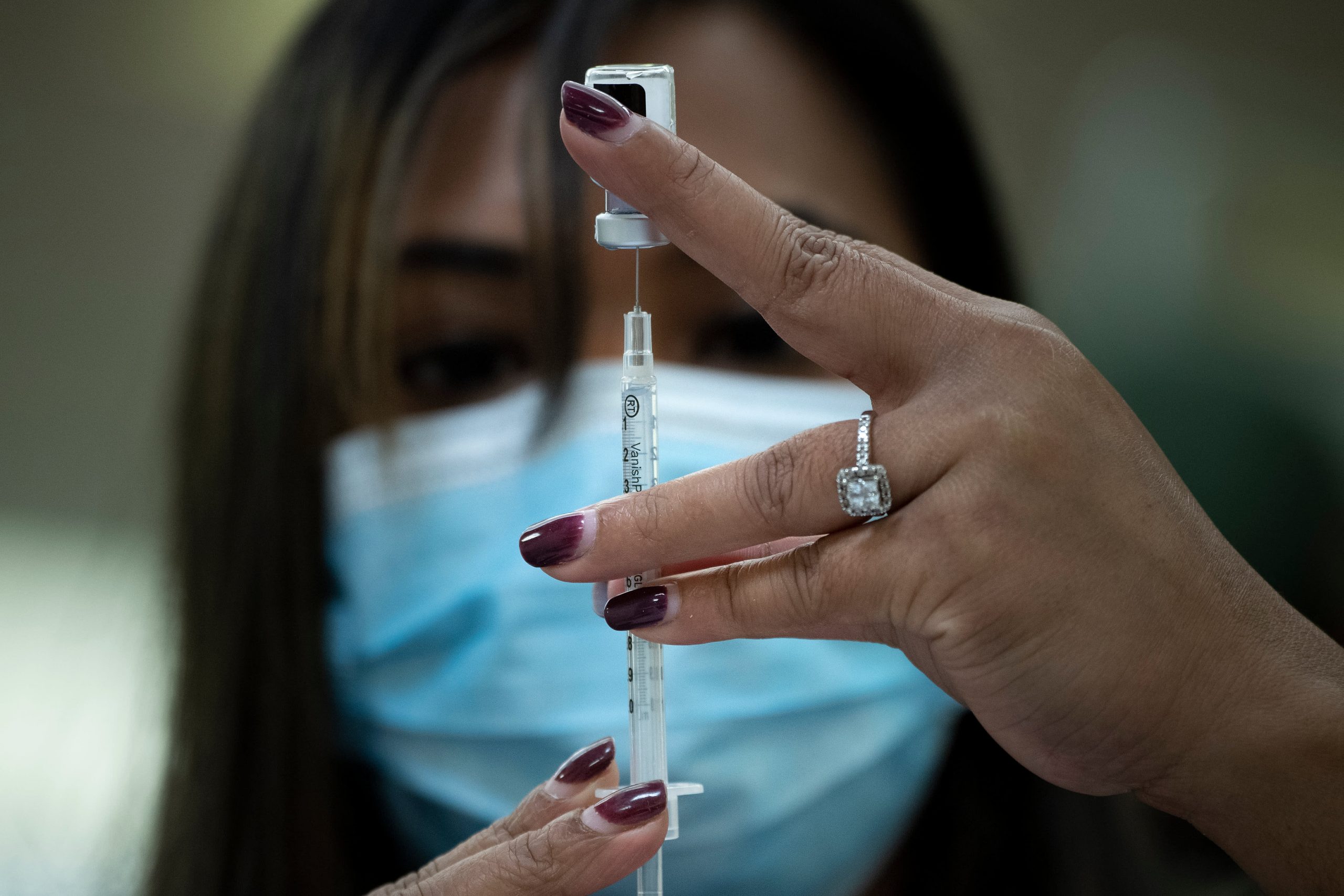 The U.S. Covid vaccination effort is far behind original estimates. More than 15.4 million doses have been delivered to states, but only 4.5 million Americans have received their first shot according to the Centers for Disease Control and Prevention.Providence Hospital System, however, has defied the country’s slow rollout trend and has given the first dose of the vaccine to more than half of its 120,000 employees in 51 hospitals across seven states. Dr. Amy Compton-Phillips, chief clinical officer for Providence, told “The News with Shepard Smith” that “planning is the antidote to panic.” She said that Providence began strategizing in September to identify caregivers with the highest risk and how to integrate technology like emails and texts to streamline the rollout process.  She explained to host Shepard Smith that one of the solutions was to build a “validate and verify” tool to manage vaccine rollout across the provider’s hospitals. The tool contained the “roles” which consisted of specific jobs and it also contained work locations of those within the Providence system. People would then, in turn, reach out and validate the data. “Because we did that, we really circumvented a lot of the consternation you’ve heard about from other organizations that have inadvertently, despite their best intentions, left out key groups of people that should be getting immunized,” Compton-Phillips said. “So I think the biggest lesson that we’d have is don’t hesitate to start doing something, some immunizations are better than none. Also, ask your people, make sure you hear from them, not just trust in the data.”Health and Human Services Secretary Alex Azar estimated that 20 million Americans “could be” vaccinated by the end of December and another 50 million “could be” vaccinated by the end of January. He added that “we expect” 100 million vaccinations total by the end of February.CDC officials have attributed the slow rollout to complex vaccination storage, strained public health departments and health providers, and the timing of the vaccination rollout amid the holidays. Federal officials have placed the onus on the states to implement vaccination campaigns. On Monday, New York Governor Andrew Cuomo acknowledged that hospitals in his state need to administer the vaccines faster and threatened fines. “Any provider who does not use the vaccine could be fined up to $100,000 going forward, they have to use the allocation within seven days. Otherwise, they can be removed from future distribution,” Cuomo said. Florida Gov. Ron DeSantis delivered a similar warning to hospitals and said the state may look to convert testing sites into vaccination centers. California Gov. Gavin Newsom pledged $300 million in funding for vaccination efforts in his current budget proposal. Providence’s successful rollout still identified areas that needed to be improved. One in five frontline nurses at Providence Holy Cross Medical Center in Mission Hills, California have declined the shot, according to the Los Angeles Times. Compton-Phillips noted that the hospital is located in an area that is more underserved and deals with a large immigrant community. She said that Providence is trying to understand what the barriers to vaccination are to better serve the community. “We know that there is vaccine hesitancy, in particular in certain underserved communities, communities of color that have less trust in the health care system, so we’re partnering very deeply with them to understand those concerns and make sure that we’re addressing them so that we can really convince people to do what is in their best interests, which is protect themselves from this virus,” Compton-Phillips said.