Ms. Marvel is getting a live action series on Disney+ 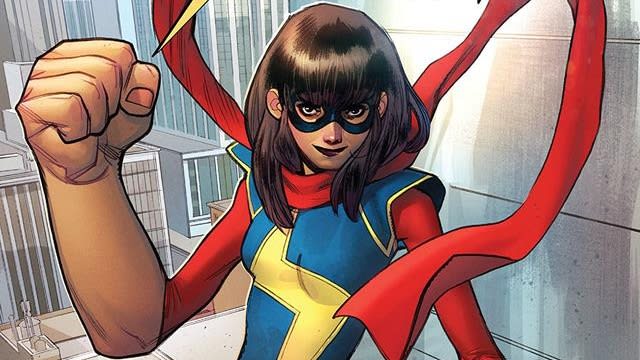 The Ms. Marvel mantle is held by a teenager named Kamela Khan, a Pakistani American living in a religious family in New Jersey. She has the ability to stretch and change her shape.

A groundbreaking Ms. Marvel series will be coming to Disney+.

A report from The Hollywood Reporter on Friday said that Disney will be creating a show around its first Muslim superhero — Ms. Marvel.

The live-action series will be based on the acclaimed comic “Ms. Marvel.” Bisha Ali, the comedian and writer behind Hulu’s remake of “Four Weddings and Funeral,” will act as the showrunner and head writer for the program, according to the report.

While Captain Marvel’s Carol Danvers was once called Ms. Marvel, the mantle is now held by a teenager named Kamela Khan, a Pakistani American living in a religious family in New Jersey. She has the ability to stretch and change her shape.

The “Ms. Marvel” comic won a Hugo Award for best graphic story in 2015.

It is unclear when Disney plans to start production of the series or when it will be released, however, the company is holding a panel at its D23 Expo on Friday, which could shed more light on the project.

The Ms. Marvel show would join and already impressive line-up of Marvel series on the upcoming Disney+. The company has announced “The Falcon and the Winter Soldier,” “WandaVision,” “Loki” and “Hawkeye,” as well as a cartoon show called “What If?”

Read the full report in The Hollywood Reporter.