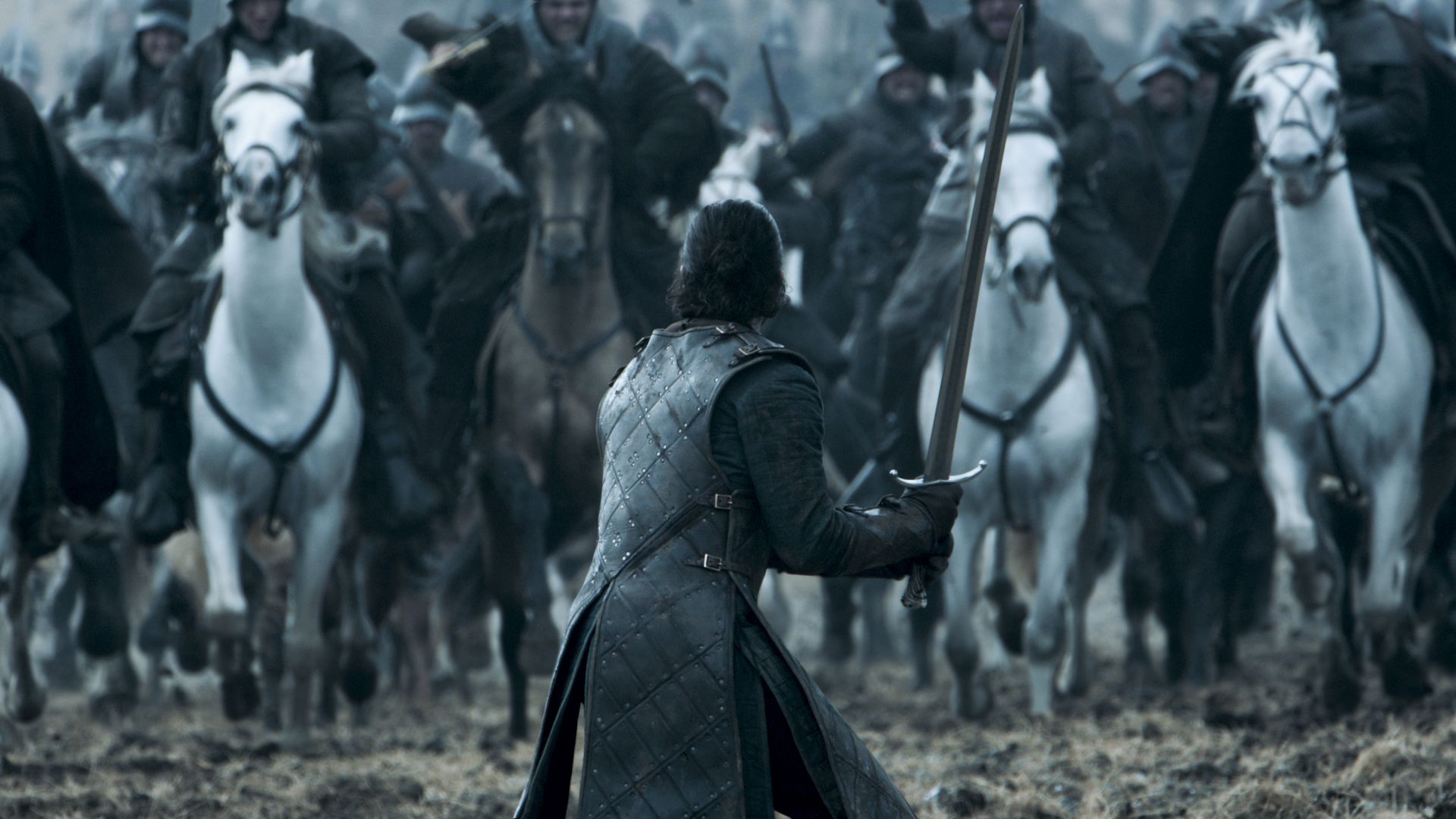 Kit Harington as Jon Snow featured in the Game of Thrones season 6, episode 9

In an era in which binge-watching is the new norm, HBO’s “Game of Thrones” breaks the mold.

Instead of releasing new episodes all in one day, the fantasy drama doles them out in weekly installments, just like traditional cable programs. The move may seem old school in a time when Netflix has normalized marathon viewing of TV shows, but it’s actually a major factor in the prolific success of the show. Fans get a reprieve between episodes to react to what happened and speculate about what’s to come. And they have built online and real world communities to do just that.

The show’s permeation into the public consciousness is so pervasive that even people who have never seen “Game of Thrones” before know what it is.

The weekly scheduling has been so key for HBO that analysts have begun to suggest that Netflix and other streaming services that currently offer all-you-can-watch options for their new TV shows ditch that model in favor of returning to a more traditional release schedule.

“I fundamentally believe that Netflix is making a mistake by putting [content] out there the way they do,” Doug Creutz, analyst at Cowen, said.

He said that the streaming service could benefit from putting out episodes its bigger shows like “Stranger Things” one at a time to capitalize on fan excitement and engagement.

“I personally like that there’s a week to process and work through the episode,” Kelsey Daniel, 28, of Virginia, said. “There’s so much to decipher between the show and the books and I really enjoy reading up on fan theories. I don’t feel like I retain as much from shows that I binge watch on Netflix.”

Currently, fans of Netflix shows are compelled to watch all the new episodes of a show during the first weekend they are available if they want to avoid spoilers come Monday morning. This rushed experience was exciting and well-received by audiences in 2013 when Netflix debuted “House of Cards” and “Orange is the New Black,” but Creutz said fans like having time to digest the content and anticipate what comes next.

“Since I’m all about instant gratification, I love having all of the episodes at once,” Leah O’Donnell, a 45-year-old fan from California, said. “However, I feel like I get more out of them when they come out once a week. I have time in between to absorb and analyze them and talk about them with others. It’s kind of like cake. I want the whole cake right now, but I enjoy it more when I just have a slice now and then.”

Cruetz said he believed people would have a positive reaction to Netflix parsing out the new episodes, but noted that library shows like “The Office” or “Friends” should remain binge-able. After all, these shows have already aired previously so there is no need to withhold episodes to build up suspense or buzz for the show.

“Honestly, I think that Netflix and other on-demand services should consider releasing some of their shows on a weekly basis if they’re interested in building a more engaged fan base,” Nolan Pacchiana, 29, from New York, said. “I can’t think of any shows from on-demand providers that have hooked me in the same way the GoT did, even in the case of high quality shows.”

To binge or not to binge

Binge-watching is by no means going to disappear. It is a major way that TV watchers consume content. However, new series could benefit from spreading out their episodes.

When you look at the top 20 most watched shows on Netflix from 2018, the majority of them are long-running shows that are not Netflix originals. Programs like “The Office,” “Friends,” “Grey’s Anatomy,” “NCIS” and “Criminal Minds,” each with between 200 and 400 episodes, round out the top five.

All these shows are either sitcoms or procedural dramas. They typically stick to a traditional narrative structure with the majority of shocking character departures happening during the premiere, mid-season finale and finale.

“Game of Thrones,” based on George R. R. Martin’s “A Song of Ice and Fire” novels, has a penchant for dispatching main characters in brutal, shocking and unexpected ways. The fact that no character was safe from death made each episode all the more thrilling for audiences who tuned in in droves on Sunday nights to see if their favorites made it through the night.

“Stranger Things” follows this model as well. It is a dynamic program filled with mystery and suspense and there is no predictable narrative structure. Fans have come to care about the main characters and tune in to see how they face off against the newest seasons villains — both human and monster — and who doesn’t make it to the end of the season.

On the day Season two of “Stranger Things” premiered in October 2017, 9 million viewers tuned in to watch — double that of any other Netflix original over the past year and a half, Brian Fuhrer, Nielsen’s senior vice president of product leadership, said at the company’s upfront last week.

Within the first three days of the season going live, 15.8 million viewers watched the premiere episode. For each episode that followed, that number continued to shrink. This could be because people decided to parse out the episodes instead of watching them all in one sitting.

For comparison, “Game of Thrones” season seven, which premiered in July 2017, saw 10.1 million viewers in the first night the episode was available. Week two and three saw a small dip in first night viewership, but interest in viewing the show on its premiere night continued to gain momentum throughout the seven-episode season.

“‘Game of Thrones’ has benefited from the fact that it wasn’t binge watching,” Peter Csathy, founder of Creatv Media, said. “If it was binge-watching ready then all the things we are talking about would be vanquished.”

This year, “Game of Thrones” set a new single-night record for the series, reaching 17.8 million viewers on April 28 for the third episode of season eight. This beat the series’ previous high from the season eight premiere.

According to a new Harris poll from the Workforce Institute at Kronos, more than 27 million employees said they would either miss work completely, arrive late or work remotely, or generally be less productive than usual because of the “Game of Thrones” series finale.

“‘Stranger Things’ has been so successful but could it have been more so if it were only available weekly like ‘Game of Thrones?'” Csathy said.