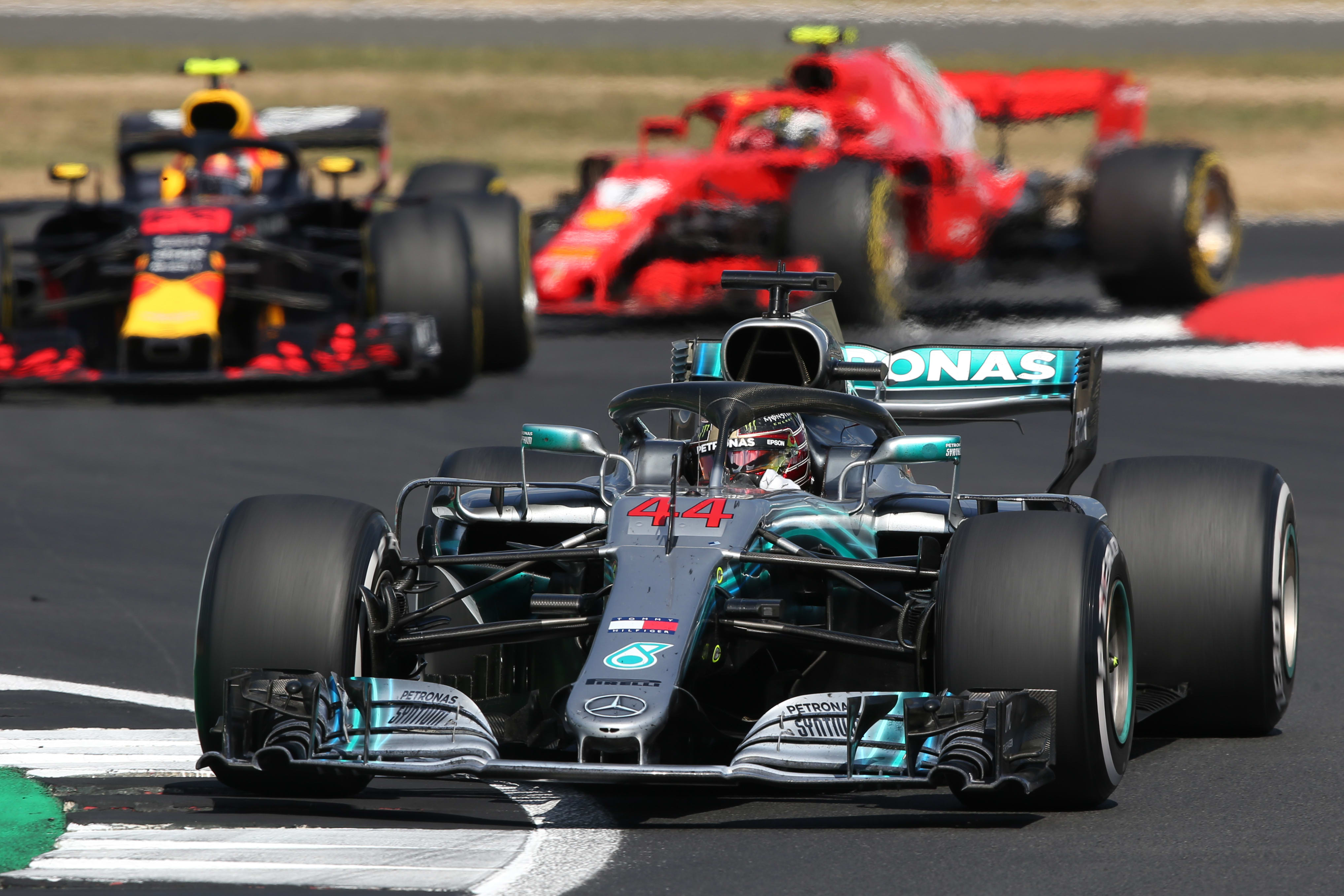 Mercedes AMG Petronas Motorsport driver Lewis Hamilton (44) of Great Britain celebrates clinching the 2019 FIA Formula 1 World Championship following the F1 – U.S. Grand Prix race at Circuit of The Americas on November 3, 2019 in Austin, Texas.Ken Murray | Icon Sportswire | Getty ImagesFormula One has the fan base, its revenue has recovered following losses, and it has a racing star in Lewis Hamilton that can grow its minority consumers. The mission now is to further expand in the U.S., and the Liberty Media-owned property will have a new voice to help it achieve this mission.On Friday, F1 announced it will move CEO Chase Carey “to the role of non-executive Chairman,” replacing him with Stefano Domenicali, the former Ferrari team principal.It was a move approved by officials throughout F1.Hamilton called Domenicali’s hire “amazing.” “I don’t think they could have really chosen someone better, to be honest, to replace some big shoes with Chase, who’s done an amazing job, and who’s always had such a great approach,” Hamilton is quoted as saying on Formula1.com.Carey, who had been CEO of F1 since 2017, helped negotiate a new Concorde Agreement with racing teams, including a new $175 million cap that limits the amount teams can spend per calendar year.Due to Covid-19, the new cap was decreased to $145 million for the 2021 season. The new agreement is set to expire in 2025. Carey also helped finalize a new three-year media rights deal with ESPN in November 2019.Liberty Media President and CEO, Greg Maffei, joined CNBC’s “Squawk Box” on Thursday but did not say anything about the CEO change at F1.In a statement, Maffei praised Carey for “a phenomenal job,” crediting him for assembling “a first-class commercial and sporting organization that has a long list of achievements, including broadening the appeal of the sport, growing its digital presence, establishing new technical regulations, securing a cost cap for the first time and reaching a new more equitable Concorde agreement with the teams.”Carey’s exit isn’t seen as a surprise to those in racing circles, though.Although F1 made roughly $2 billion in 2019 after suffering losses in previous seasons, its expansion strategy in the U.S. and China are uncertain after Carey said the territories were a part of F1’s plans in 2017.The Chinese Grand Prix was canceled due to Covid-19, but rumors have surfaced that F1 was close to a new five-year deal to keep the event at Shanghai International Circuit. Still, it’s unclear if current relations between the U.S. and China, and featuring the TikTok saga, would impact F1’s future in the country.Race winner Lewis Hamilton of Great Britain and Mercedes GP celebrates in parc ferme during the F1 Grand Prix of Tuscany at Mugello Circuit on September 13, 2020 in Scarperia, Italy.Dan Istitene | Formula 1 | Getty ImagesFuture in AustinAnd in the U.S., F1’s agreement with Austin’s Circuit of The Americas racetrack, where the United States Grand Prix is held, expires after the 2021 season, with uncertainty that the parties will renew.Securing the U.S. Grand Prix event in Austin would be critical for F1 as the track is perfectly suited to race, and the city’s sports base, a young demographic, would support sponsorship visibility.Austin now includes a Major League Soccer club and the racetrack plans to attract NASCAR, which just added sports icon Michael Jordan as a team owner.The $300 million track receives state funding from Texas under the Major Events Reimbursement Program to help the $25 million operating cost of hosting the F1 event and plans for redeveloping the track to feature a hotel and water park.There are rumors of returning to the Indianapolis Motor Speedway with Roger Penske as the new owner, But the move would be risky for Liberty after a failed trial from 2000-2007. Also, the Indianapolis 500 and Brickyard 400 are the premier races at the track and could overshadow any F1 event.The U.S. Grand Prix did not take place in the States from 2008 to 2011 after leaving Indianapolis. It returned in 2012 after Austin built its track.F1 also wants to host an event in Miami outside the Hard Rock Stadium but faces resistance from local residents over issues such as noise levels. F1 revised its event plans, but even if a 2021 race occurs, the city doesn’t appear to want F1 the way the organization wants it.It all puts more uncertainty around F1’s U.S. expansion strategy. If Liberty fails to negotiate a return to Austin, growth for its $4.4 billion racing property could regress in the United States.”I think it’s right to say F1 wouldn’t exist in the U.S. right now if we hadn’t built a home for it here at COTA,” Epstein said in an interview with ESPN in 2019. “You just have to look at what we’ve done in U.S. and helping to build a fan base here – before ticket sales had been falling and it had been difficult for any circuit to establish itself as the home of F1.”It was not how it is today, there were a lot of races on Mickey Mouse street circuits you can’t build history on. It was the same with Indy — even if you ignore the 2005 incident, which was a pretty big black eye for F1, the circuit was still the home of the Indy 500, not F1.”