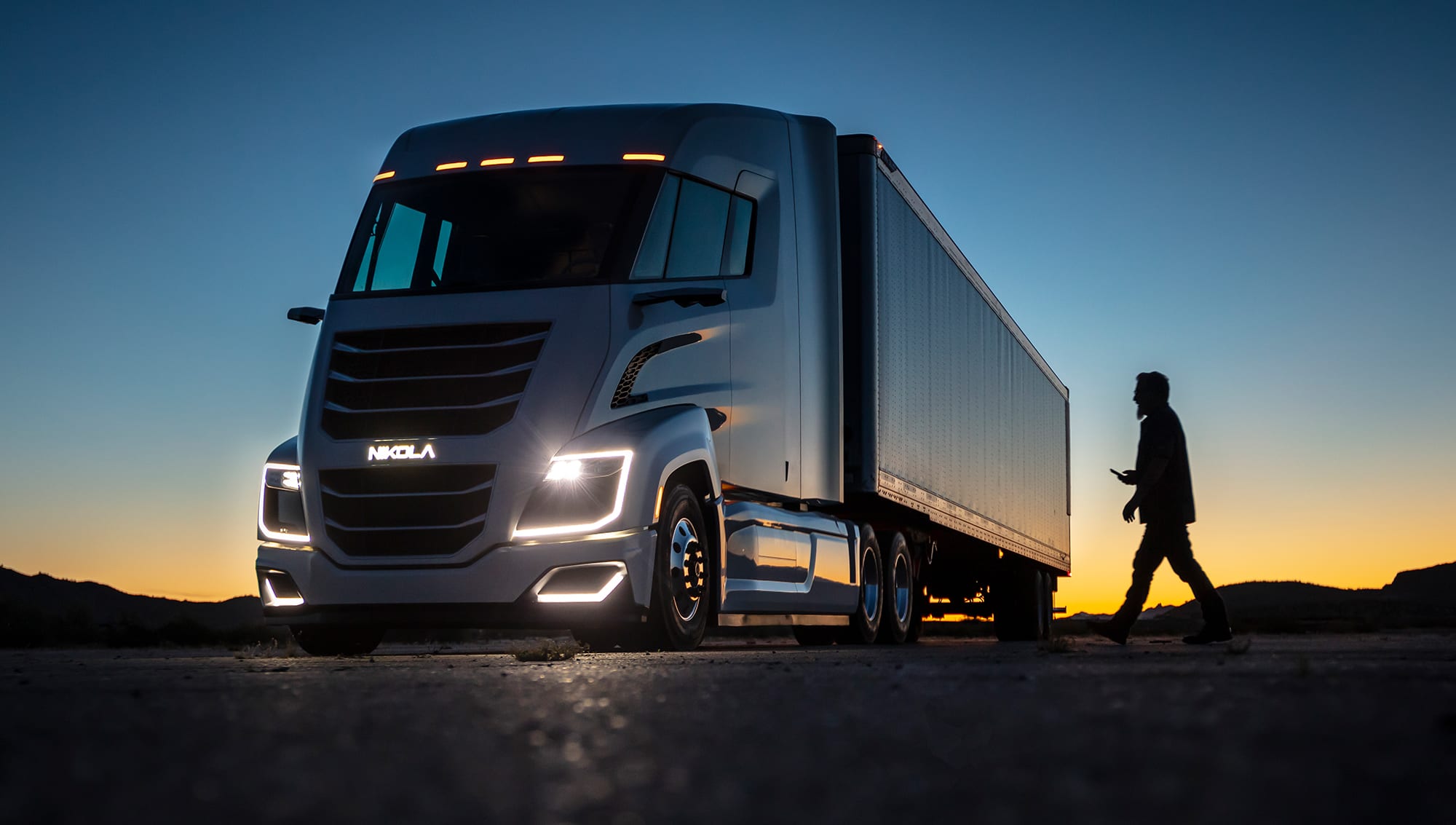 Nikola Motor Company Two truckSource: Nikola Motor CompanyShares of embattled electric vehicle start-up Nikola Corp. fell by more than 8% in afterhours trading after CEO Mark Russell failed to reassure investors that the company’s $2 billion deal with General Motors would still go through and that ousted founder Trevor Milton wouldn’t suddenly sell off his shares.During an interview on CNBC’s “Mad Money with Jim Cramer,” Russell said discussions with GM about supplying fuel cell and battery technologies as well as an all-electric pickup are ongoing, but he wouldn’t comment much further than that.”Both of those things are interesting to us,” he said regarding GM’s technologies. “We continue to talk to them about those things.” If a deal isn’t finalized by Dec. 3, either side can walkaway.Russell also declined to speculate about what Milton, who stepped down as chairman in September, plans to do with the 91.6 million shares he owns after a lock-up period that prevented him from cashing in his equity ends Dec. 1. That includes 6 million shares in “founder options” he gave to the early employees, leaving him with 85.6 million shares. There are roughly 360.9 million shares of company stock outstanding, making Milton Nikola’s largest single shareholder. All of those shares will be eligible to sell next week, according to the company.”Can’t comment for Trevor, of course,” Russell said. “But we believe that as we execute on our milestones and on our business plan, we’re going to reward our long-term focus shareholders. That’s our focus, is on the long-term.”Owners of 136.5 million shares of Nikola agreed to extend their lock-up until April 31, including 39.8 million shares held by a separate company controlled by Russell but owned by Milton called T&M Residual.Milton stepped down after the Department of Justice and Securities and Exchange Commission started investigating allegations of fraud raised by short-seller Hindenburg in September.Hindenburg accused Milton of making false statements about Nikola’s technology in order to grow the company and partner with auto companies. The report, titled “Nikola: How to Parlay An Ocean of Lies Into a Partnership With the Largest Auto OEM in America,” was released two days after the company announced a deal with GM that sent both companies’ shares soaring in September. It characterized Nikola as an “intricate fraud built on dozens of lies” by Milton.Nikola shares closed Tuesday at $34.50, up 17.3% for the day and continuing their volatile streak since the company went public on June 4 in a reverse merger with VectoIQ, a special purpose acquisition company, or SPAC.

Hyperice lands NFL deal as it moves closer to a $1 billion valuation
FDA clears a ‘new generation’ of Covid antibody test designed to tell how well someone is protected against the virus
To Top
error: Content is protected !!
Top