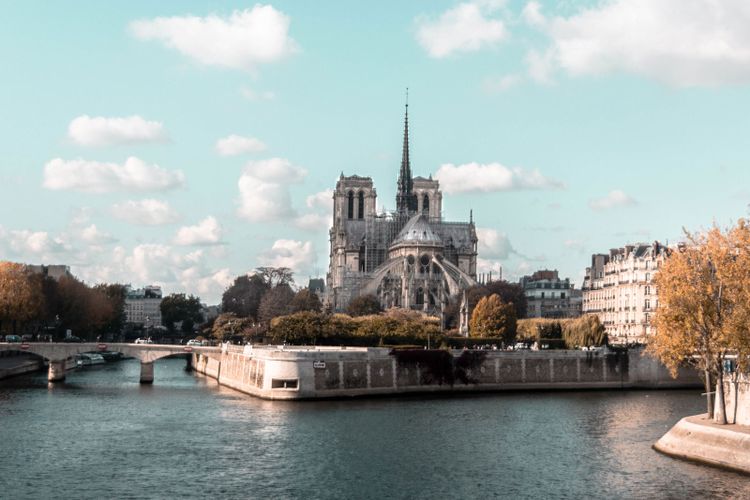 
The 28 April appeal by over 1000 academics, restorers and architects for an extension to President Macron’s five-year deadline for the restoration of Notre Dame can find comfort in the the cathedral’s status as a Unesco World Heritage site, because the guidelines on how to approach restoring such a great monument already exist.

They are implicit in the conditions accepted by France when Notre-Dame was inscribed on the World Heritage List in 1991 as part of a grouping that includes the great buildings along the Seine from the Pont de Sully to the Pont de Bir-Hakeim.

First and foremost, Notre Dame’s World Heritage status calls for international principles of restoration to be integrated into the discussions on how to restore it. Decisions will have to be taken on how to consolidate its structural parts, restore the damaged surfaces, reconstruct the roof, the spire and the stained-glass windows. All these choices need to be made in accordance with the conservation principles promoted by the World Heritage Convention and expressed in the Conservation Charters of the International Council on Museums and Sites (Icomos). While the international documents, starting with the 1964 Venice Charter, do not bear legal value per se, they are recognised by the French Codes as the basis for decisions on the conservation and reconstruction of historical monuments.

The great restoration will in itself be an “architectural gesture”, one of the most complex imaginable, even though less eye-catching than the virtuosity we have come to expect from contemporary architecture.

The Icomos Charters and documents stipulate that it is only permissible to reconstruct a monument or parts of a monument in exceptional cases, when there is scientific documentation of its previous state, and when it is necessary to restore the functional use of the monument. This is obviously the case with Notre Dame, which has been studied, documented and conserved with great professionalism for almost two centuries.

The reconstruction should now aim to restore the cathedral to how it was before the disaster. However, the Charters allow the use of “any modern technique for conservation and construction the efficacy of which has been shown by scientific data and proven by experience”. In several other cases, this has allowed the introduction of important technical innovations, which must be the ”least invasive and most compatible with heritage values, bearing in mind safety and durability requirements.”

The most important criterion for the inscription of a monument on the World Heritage List is its “outstanding universal value” as embodied in its “authenticity and integrity”. In the case of Notre-Dame, these derive from its long history, which dates back to the 12th century, up to and including the alterations and additions made during the great restoration/reconstruction campaign of 1844-64, led by Eugène-Emmanuel Viollet-Le-Duc, and his master, friend and partner, Jean-Baptiste Lassus.

Notre Dame is thus on the World Heritage List not only because of the grandeur of its Gothic architectural design, but also the historical importance of the 19th-century interventions, including the roof and the spire, the most innovative and visible parts of work Viollet-le-Duc’s work.

All this, therefore, needs to be reconstructed today, making use, of course, of modern techniques and technologies that will render the building more resilient and secure.

Does this exclude a contemporary “architectural gesture”? No, of course not. The great restoration will in itself be an “architectural gesture”, one of the most complex imaginable, even though less eye-catching than the virtuosity we have come to expect from contemporary architecture. The “contemporaneity” of this gesture will lie in its in its construction techniques and monitoring technologies, rather than the visible forms of the building.

With the stained-glass, on the other hand, if new windows are needed, it could be a great opportunity for contemporary artists, as with the designs of Marc Chagall and Imi Knoebel for Reims cathedral.

The French conservation architects know Notre Dame in its every detail and have great expertise, but it is also clear that the vast experience accumulated by Unesco, and Icomos and Iccrom, the advisory bodies of the World Heritage Convention, will be very useful in supporting and guiding the choices of the French government.

In other difficult cases, such as the prehistoric wall-paintings in the Lascaux caves, France had set up an international scientific committee. Other suggestions may come from the World Heritage Committee, which is meeting from 30 June in Baku and will certainly consider the issue.

If there is any consolation to be derived from this disaster, it is that the restoration of Notre Dame is a potentially game-changing opportunity to study and test the technical solutions needed to improve the safety of the other major cathedrals in France, which remain exposed to significant risk. History has bequeathed them to us, and we have the responsibility to preserve them and pass them on to future generations.

• Francesco Bandarin is an architect and former senior official at Unesco, director of its World Heritage Centre (2000-2010) and assistant director-general for culture (2010-2018)

Too white and male? Not for long. Berlin Gallery Weekend director responds to criticism over lack of female artists
What Jayne Wrightsman did when you criticised her style
To Top
error: Content is protected !!
Top