Now is your chance to buy into this turnaround story 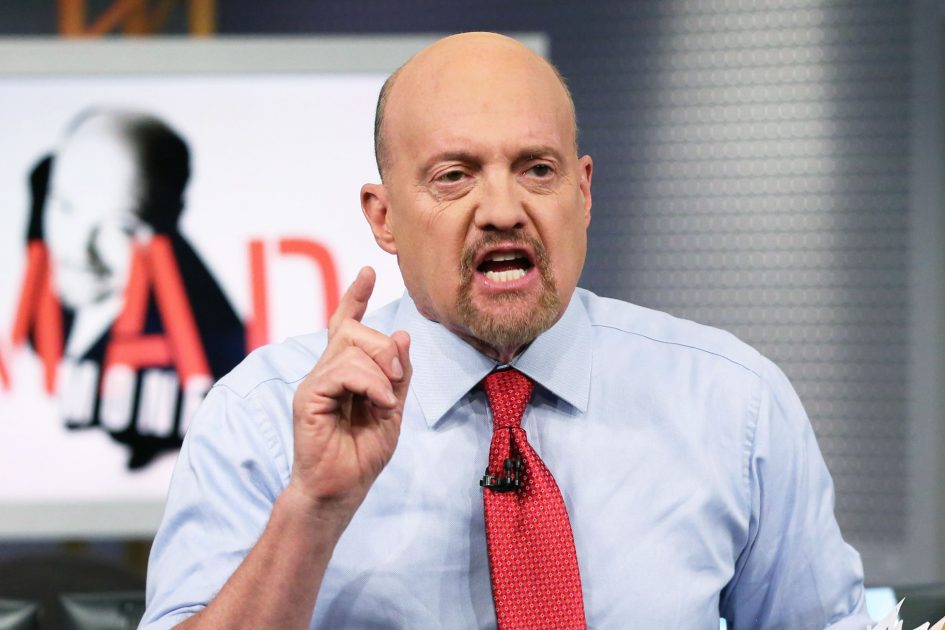 CNBC’s Jim Cramer said Tuesday that shares of Dine Brands are so cheap that it is worth taking the risk and buying.

Dine Brands, the former DineEquity, is the parent company of Applebee’s and IHOP.

“[CEO] Stephen Joyce has engineered a spectacular and completely and totally unheralded comeback at Dine Brands … by embracing technology in order to figure out what his customers really want. He’s a winner,” the “Mad Money” host said. “Yes, the stock has had an incredible run, but I think it’s worth buying on any meaningful pullback.”

The company, Cramer said, was a “serial under performer” for years, which led to former CEO Julia Stewart’s departure in 2017. Under Joyce’s leadership, the stock rallied 33% in 2018 and is up more than 40% this year.

With the stock slipping more than 4% during the session, Cramer said it was a good opportunity to invest.

Half empty, half full?

Revelers run with Puerto de San Lorenzo’s fighting bulls during the second day of the San Fermin Running of the Bulls festival on July 7, 2019 in Pamplona, Spain.

Cramer said that investors should be keeping an eye out for buying opportunities, especially with the Federal Reserve on the verge of cutting interest rates.

The major averages all dipped during the session Tuesday on lower volume as earning season heats up.

The Dow Jones Industrial Average touched another all-time high before retreating 0.09% by the close to break a four-day win streak. The S&P 500, breaking a five-day winning streak, closed down 0.34% and the Nasdaq Composite ended a two-day streak to finish the day down 0.43%.

“When you have a Fed chief who’s hellbent on cutting interest rates … then you should own stocks that benefit from lower rates,” the host said. “When you see the transports rally off of JB Hunt, and you see the excellent retail sales numbers, and it still doesn’t deter the Fed from cutting rates, I mean you’ve got the makings of a good market. “

Delivery apps that make it convenient for customers to order food from a plethora of restaurants are “creating some turbulence in the marketplace,” but it’s not clear how viable those businesses will be in the long run, he said in a one-on-one interview with Jim Cramer.

“We’re not going to do foolish things, you know, in the short term in reaction,” he said in the “Mad Money” interview. “We’re still very focused on our franchisees’ profitability — that’s first and foremost in our minds — and still very focused on generating great returns and free cash flow for our investors.”

The market could be due for a correction now that the S&P 500 is trading above the 3,000 level, according to the charts.

Because of this, there is good reason for investors to be more cautious about their portfolio, CNBC’s Jim Cramer said Tuesday citing technician Carley Garner. The S&P has added more than 650 points, almost a 28% run, since its December lows that came during the market-wide meltdown in the fourth quarter.

“After the epic run in the averages, the charts, as interpreted by Carley Garner, suggest that the upside in the stock market has gotten more limited,” the host said.

Cramer’s lightning round: Trust this CEO who has the ‘Midas touch’

Symantec: “I think Symantec is under the tutelage of the interim CEO Rich Hill, which means buy, buy, buy. That’s the man with the Midas touch.”

Clorox: “Clorox is a really good example of the kind of forgiveness market I’m talking out. The last quarter wasn’t that good, yet here’s the stock breaking out. If it’s breaking out on bad news, what the heck will happen when there’s good news? So stay long on this stock.”