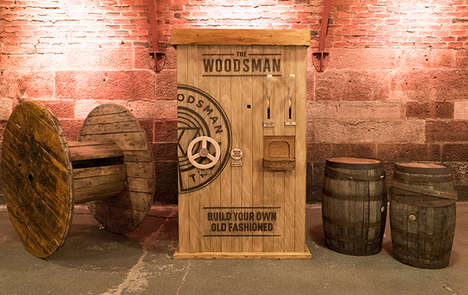 Over the last few years, a great deal of brands have created unique vending machines for conveniently sharing their products with consumers and now, Scotch producer Whyte & Mackay is introducing what it calls the world’s first Old Fashioned vending machine.

As Whyte & Mackay’s The Woodsman blended Scotch whisky was specifically created to appeal to a younger demographic of drinkers who are looking for non-traditional alcohol products, the Woodsman Vending Machine offers a fun way to introduce the whiskey producer’s products. The vending machine shares complimentary whisky-based cocktails with people after they pull levers and turn wheels to create their drink.

The Woodsman Vending Machine is first set to appear at the upcoming Underbelly Festival in London before it continues its tour across the UK.