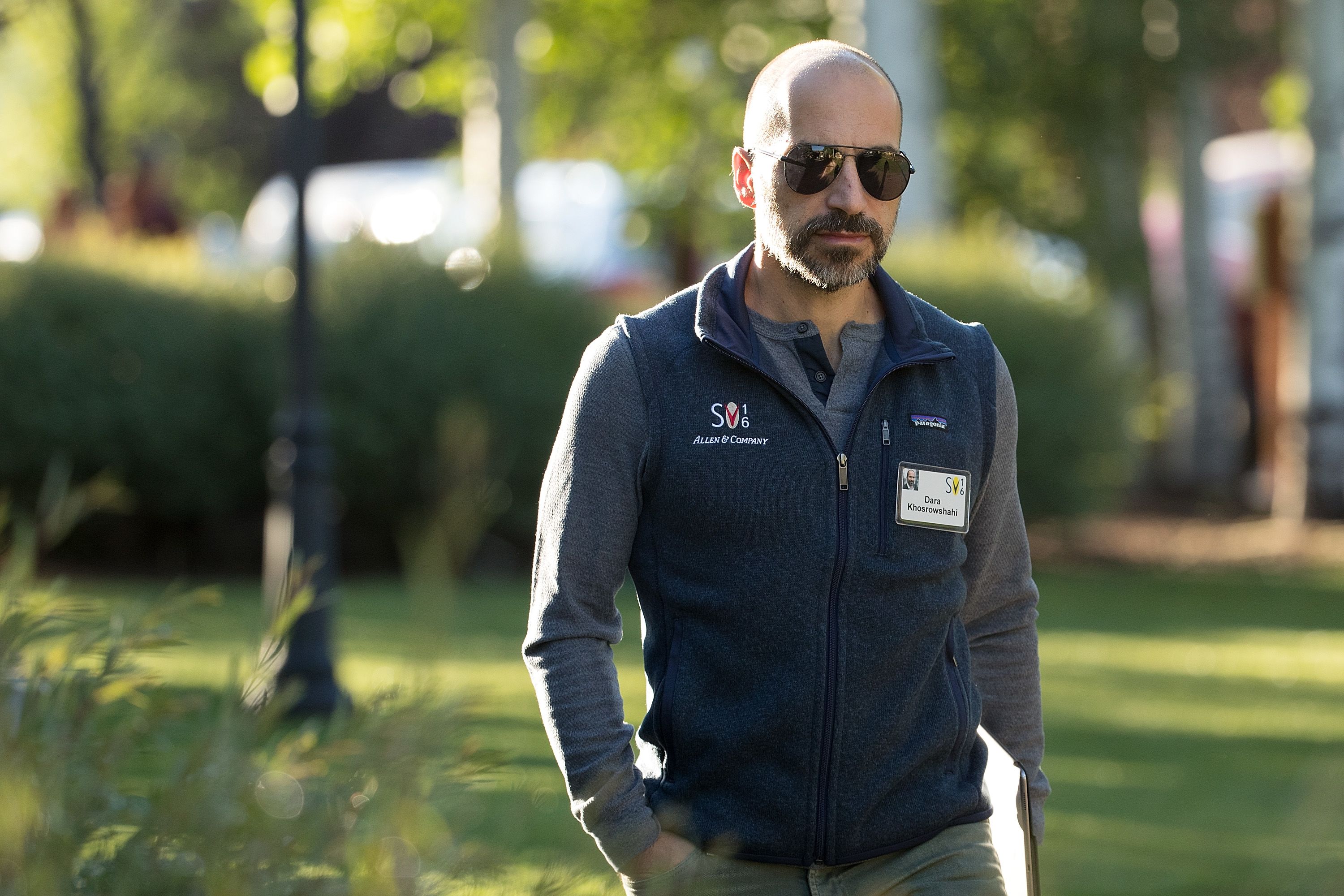 When Uber starts trading publicly in the coming weeks, it will join a very exclusive but less-than-desirable club — companies worth at least $50 billion that are losing money.

Of the 110 U.S. companies with a market capitalization of at least $50 billion, only three were unprofitable last year: CVS, General Electric and Qualcomm. And Qualcomm doesn’t really count because its loss was the result of a one-time charge for a change in the tax code.

Uber reported an operating loss of $3 billion in 2018 after losing more than $4 billion the prior year. (The company recorded a net profit last year because of $5 billion worth of one-time gains, mostly from selling its Russian and Southeast Asian businesses.)

This is Uber’s central challenge as it moves from the cozy confines of the Bay Area, where venture capital and private equity firms fund futuristic projects, to the rigors of Wall Street, populated by more risk averse mutual funds and wealth managers focused on financial performance. The latter group has never seen anything like Uber — a company that’s already valued as a screaming success even though the business model remains very much a work in progress.

On Friday, Uber set the pricing range of its upcoming IPO of $44 to $50, giving it a market cap of $83.8 billion at the high end. That would make it the 65th most valuable company in the U.S., just behind DowDuPont and in front of U.S. Bancorp, which generated net income last year of $3.8 billion and $7.1 billion, respectively.

“If you’re wrong on this and you’re paying a sky-high valuation, truly look out below,” said Brian Yacktman, chief investment officer of YCG Investments, which manages about $700 million and counts Alphabet and Facebook among the top holdings in its mutual fund. “When you can buy a business at a similar market cap that’s currently producing cash flow with much more certainty of outcome, why not take that instead?”

To buy or not to buy

Yacktman sees the value in Uber as a service. He knows it saves time, makes payments easy and provides a much more comfortable ride than your typical cab. Food delivery also makes perfect sense, given there’s a huge fleet of cars on the streets.

But Yacktman just doesn’t get the investment pitch.

Riders are cost-sensitive and have choices, whether it’s Lyft (whose stock is well below its IPO price from last month), a taxi or public transportation. On the flip side, drivers have to make enough money to stay on the platform while also paying for gas and maintenance. After doing what it can to make both riders and drivers happy, and spending the money necessary to run the platform, Uber doesn’t have much money left for itself.

Uber has a metric called core platform contribution margin, which is the percentage of revenue left after “direct expenses.” That number came in at 9% of revenue for 2018, and that’s before accounting for all the investments in emerging products. In the first quarter of 2019, the number is turning south, with Uber expecting a negative margin of between 4% and 7% because of competition and spending on Uber Eats, the food delivery business.

“I’d rather buy one of the host of profitable companies showing me the money now and take a wait-and-see approach with Uber to determine if this is a sustainable profitable business model,” said Yacktman.

Large-cap companies that are losing money today are being punished by the market. CVS shares have plunged 22% in the past year, while GE has lost 31%.

Uber has a very different story to tell than those two companies, which are stuck in legacy markets and struggling to find opportunities for growth. Only a decade old, Uber is pioneering a new industry and working towards a future of self-driving cars, all while growing 42% last year to over $11 billion in revenue.

Uber’s vision is to build global platform that includes ride-sharing in its current form, a continued expansion of Uber Eats and with a whole lot more.

For Uber, it all adds up to an addressable market that the company says is in the many trillions of dollars. CEO Dara Khosrowshahi says at the beginning of the video for the online roadshow that the company’s “mission is to ignite opportunity by setting the world in motion” and that it’s “changing the way people and things move from point A to point B.”

Nelson Chai, Uber’s finance chief, follows by telling investors that the company is “setting the foundation for attractive long-term margins.”

But it’s an ambitious plan that requires decades — not years — of investment and far more capital than the $9 billion or so the company is seeking to raise in its IPO. The bet for a public investor is that eventually Uber’s experimental projects turn into real businesses and the company will be far enough ahead of any potential competition to have pricing power.

“With Uber, you have the potential to create an ecosystem premium,” said Eric Barden, president of Barden Capital in Austin, Texas. “If that’s the case, you can be more constructive about future profitability.”

Barden has no plans to invest in Uber, because he sees too many variables and risks to that kind of valuation. But he also recognizes that the public market investing landscape has changed in recent years to wildly favor growth investors and that a cash-burning machine like Uber can’t be dismissed.

Amazon and Netflix are both profitable but just barely. Amazon’s net profit margin of 4.3% last year ranked 98th amount the 110 most valuable companies, and Netflix’s 7.7% margin was 86th.

How the NFL decides how much to pay its football players
Endgame headed for $300 million debut $1 billion global haul
To Top
error: Content is protected !!
Top