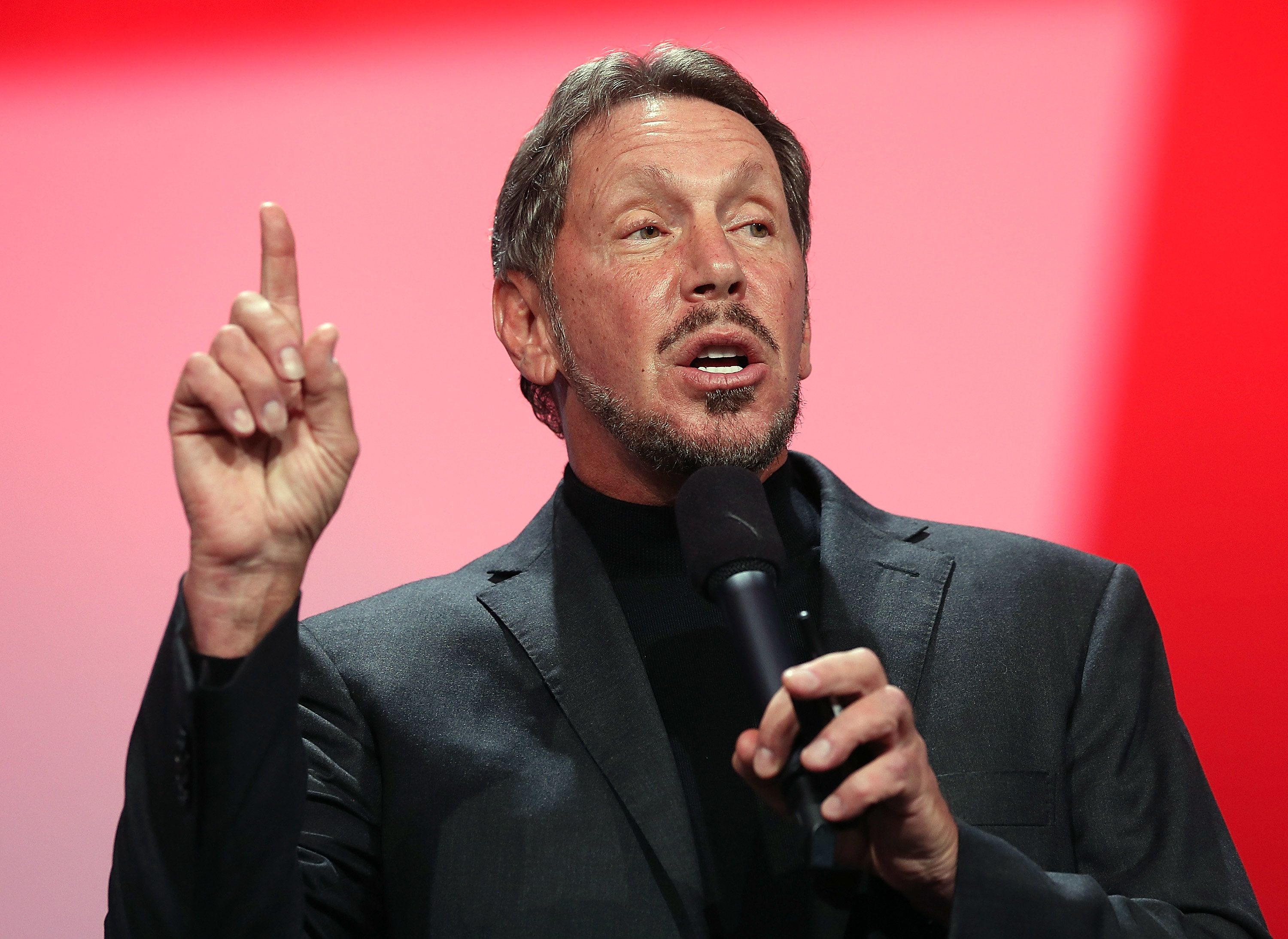 Oracle co-founder Larry Ellison is known as a car collector. But he picked a bad time to bet on Tesla.

Since he disclosed the purchase of 3 million shares in the electric car maker at the end of December, Tesla’s stock has plunged 42%, which would make the company the worst performer in the S&P 500 this year if it were in the index. Ellison is Tesla’s second-biggest individual holder, behind only CEO Elon Musk.

The stock’s drop, tied to Tesla’s store closings and layoffs, Musk’s clash with regulators and trade tensions between the U.S. and China, has driven Ellison’s $1 billion stake down to $580 million as of midday Thursday.

Ellison’s investment in Tesla was not entirely about financial gain. At the end of 2018, Tesla added Ellison and former Kellogg executive Kathleen Wilson-Thompson to the board as part of a settlement with the SEC, which had challenged Musk’s statement on Twitter that he had “secured” funding to take the company private at $420 a share.

In Tesla’s announcement about the new board members, the company described Ellison as a “big believer in Tesla’s mission” and said he purchased his 3 million shares earlier in the year.

Ellison expressed his bullishness on the company in October, when he revealed at a meeting with financial analysts that Tesla was his second largest investment. No analyst asked about Tesla, but he felt compelled to mention it.

“I’m very close friends with Elon Musk, and I’m a big investor in Tesla,” Ellison said. “And so Tesla had a good day. And I think Tesla has a lot of upside. Do you know the most popular car by revenue in the United States over the last three months? The number one car in the United States by revenue. The Tesla Model 3 outsold in revenue — forget about Ford and GM, they weren’t even close — outsold Honda and Toyota.”

Ellison, who started Oracle in 1977, can easily afford the loss. With a net worth of over $57 billion, thanks to his Oracle stake, he’s the world’s seventh-richest person, according to the Bloomberg Billionaires Index.

He also likes nice things. In addition to mansions in Malibu, Lake Tahoe and San Francisco, a Hawaiian island, and a $130 million yacht, Ellison also reportedly owned a 1995 McLaren F1 and sold it in 2010 for $3.6 million. Other cars in his collection have included an Audi R8, Lexus LFA and Lexus LS 600h L.

However, his interest in Tesla may be as much about Musk as the cars he makes.