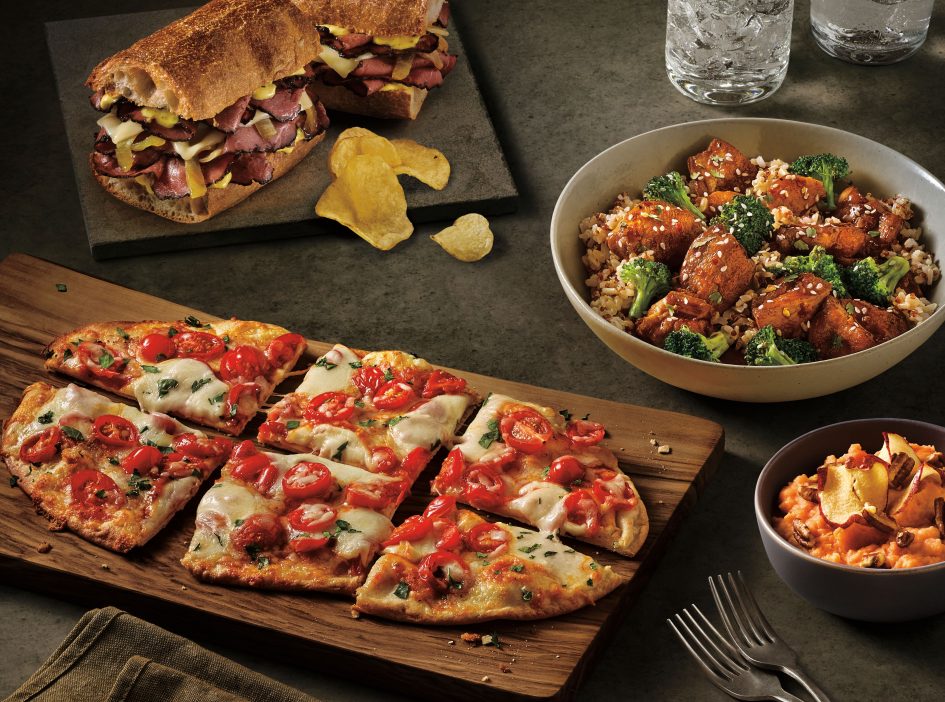 After expanding its breakfast menu earlier this year, Panera Bread is trying to move into another meal time: dinner.

The sandwich chain best known for its lunch offerings has been testing a dinner menu at a single location in Jacksonville, Florida, and is expanding the pilot to nine stores in Lexington, Kentucky, next month.

Dinner currently accounts for about a quarter to a third of Panera’s sales, depending on when lunch ends and dinner hours begin. But the company sees the meal as a potentially massive opportunity.

For restaurants that have seen sales growth slow, introducing a new menu for an untapped meal time can mean a boost in sales. For example, Taco Bell stole some of McDonald’s market share after it entered the breakfast wars five years ago, thanks in part to a marketing campaign that increased customer awareness.

Wegiel said that the chain has built a strong awareness for lunch, but many customers see its soups, salads and sandwiches as too light for dinner.

So Panera has decided to add heartier options that will only be available after 4:30 p.m.: flatbread pizzas, meatier sandwiches and bowls. Even with entirely new offerings such as pizza and bowls, Panera’s culinary team has tried to stick to classic flavors that customers will associate with the chain, like a Chipotle Chicken and Bacon Artisan Flatbread that uses the same chipotle mayo as one of its popular sandwiches and a breakfast wrap.

Panera is trying to target customers looking for a fast but filling dinner during the week, particularly families on the go.

“People are often challenged by the dichotomy between convenience and quality. So you have to trade one for the other, especially dinner on the go,” said Sara Burnett, Panera’s vice president of wellness and food policy.

Dinner is also a popular time to order delivery. Unlike many restaurants, Panera uses its own delivery drivers instead of partnering with a third-party delivery service such as DoorDash or GrubHub.

“We definitely saw for delivery an opportunity with dinner, but it flagged as something we could unlock further for sure,” Wegiel said.

More than 60% of Panera’s current delivery orders happen during lunch hours. That could change if Panera launches the dinner menu nationwide, but Wegiel said increased dinner delivery orders was not the primary driver for adopting a new strategy.