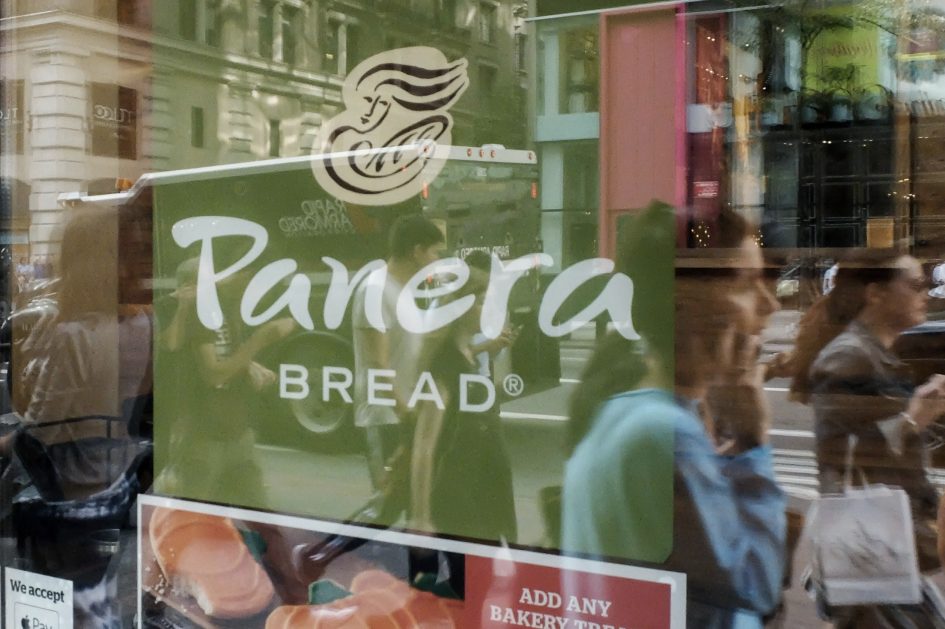 People walk by a Panera Bread restaurant in in New York.

After several years of handling delivery itself, Panera Bread is partnering with third-party delivery services.

Customers can now order Panera for lunch or dinner on DoorDash, GrubHub and UberEats. Panera’s own delivery drivers will still be responsible for delivering food to the customers.

Pizza Hut has a similar partnership with GrubHub. Its owner, Yum Brands, bought a stake in the third-party delivery service and named it as its official delivery partner. GrubHub now processes some incoming orders for Pizza Hut, but the pizza chain still delivers orders with its own employees.

Third-party services are the driving force behind the delivery boom in recent years. Consumers spent $10.2 billion on third-party delivery services in 2018, according to Technomic. Toast’s Restaurant Success in 2019 report found that consumers also tend to be loyal to a certain platform.

While customers enjoy the range of food delivery options, some restaurant operators have struggled to make it work for their business and voiced complaints about hefty commission fees. Typically, third-party delivery apps charge restaurants 15% to 30% on every delivery order.

Panera initially tested third-party delivery aggregators before choosing to undertake the challenge of building its own delivery program in 2015. The company cited its ability to provide a better customer experience for why it decided against outsourcing delivery.

The investment seems to have paid off for Panera. Delivery has been the top growth driver for the company for the last several years, according to Dan Wegiel, its chief growth and strategy officer. The company said that delivery accounts for 7% of its overall sales.

JAB Holdings, which also owns Krispy Kreme and Pret A Manger, bought Panera in 2017. As a result, the chain no longer publicly shares financial results.

Over the last five years, Panera was in touch with many of the aggregators, who were eager to have Panera join their platforms.

“We heard loud and clear from those guys that we are among the top searched brands on their sites,” Wegiel said.

But Panera had several conditions that were sticking points for the companies. By the end of 2018, the aggregators were willing to strike a deal, Wegiel said.

The chain required that aggregators be fully integrated into Panera’s system, to make handling orders the same as those placed through its own website. Panera also wanted access to data from the customers who were ordering through a third-party platform. To make that possible, the company plans to integrate its loyalty program into the experience in the coming months.

Wegiel declined to disclose the terms of the deals but said they reached an agreement that makes the partnerships attractive on both sides. Panera could be paying lower commission fees because it is delivering the food itself.

Delivery drivers will also receive 100% of tips. One of its partners, DoorDash, recently came under fire for its tipping policy. The company has said that it will change its payment model for drivers to ensure that they receive their tips in full.

In recent months, Panera has been trying to become more accessible to a wider range of customers. The chain has expanded its breakfast menu for more convenient options like wraps and began testing a dinner menu.