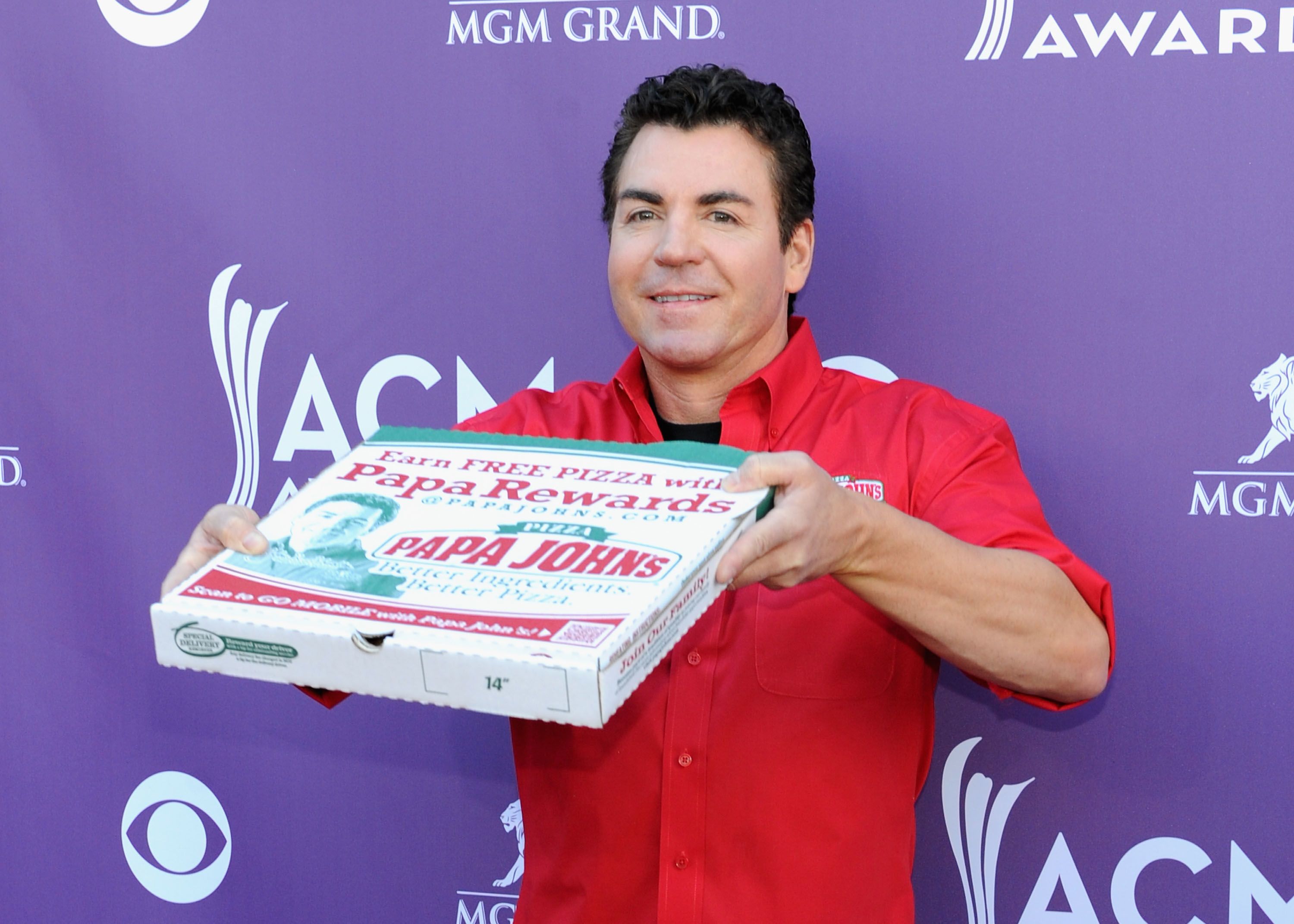 Papa John’s founder John Schnatter is thinking about selling his stake in the company.

Schnatter has solicited the advice of financial advisors about selling all or part of his 31% stake in the pizza chain, according to an SEC filing from Monday.

Papa John’s will report its first-quarter results after the bell Tuesday. Wall Street is expecting the company to report earnings of 24 cents per share and revenue of $385.5 million, according to a survey of analysts by Refinitiv. The company is also expected to report declining same-store sales growth once again.

Ten months ago, the pizza chain ousted Schnatter as chairman after it was reported that he used a racial slur on a conference call. Sales tumbled, and Papa John’s has struggled to recover. At the same time, Schnatter filed several lawsuits against the company he founded in a bid to regain control but agreed to dismiss them as part of a settlement with Papa John’s.

Under the terms of his settlement with the pizza chain, Schnatter’s term as a director expired on April 30, and he did not seek reelection. The company has also terminated his contractual rights as its founder under the founder’s agreement, the filing said. As a result, he no longer has a formal role within the company.

Schnatter and Papa John’s have discussed appointing a new independent director but have not made a decision yet, according to the filing.

Papa John’s has been taking steps to rebound its business. In February, activist hedge fund Starboard Value invested $200 million in the pizza chain and named its chief executive Jeffrey Smith as the new chairman. As part of its strategy to repair its image with U.S. customers, Papa John’s added retired basketball star Shaquille O’Neal to its board, with plans to make him the new face of the brand.